With Westminster being almost 350 miles away from Berwick-upon-Tweed, its residents do not feel connected to English politics. With bagpipes playing and Scottish flags fluttering in the wind, you could be forgiven for thinking you were in Scotland.

But this is Berwick-upon-Tweed, part of Northumberland – the most northern town in England and just two-and-a-half miles from the Scottish border.

It has a turbulent history – passing between English and Scottish hands at least 13 times, starting with King Edward 1st who slaughtered and/or destroyed just about everyone and everything in the town, (children, adults, livestock and grain) for having the temerity to pledge their allegiance to Scotland. The killing, raping and plundering went on for weeks and the streets of Berwick ran red with the blood of innocent Scots.

With the Scottish Parliament in Edinburgh just over an hour away by road, and Westminster more than six hours by car, do the people feel more Scottish than English?

Well, the answer was provided by the people of Berwick in 2008 when ITV carried out an unofficial referendum to find out if residents would prefer their town to be part of Scotland.

The Scottish Parliament convened again in 1999, for the first time since 1707 following a devolution referendum and our kinfolk in Berwick watched on with aching hearts longing to be part of Scotland once more.

A local interviewed at the time of the ITV referendum said “As devolution cut its teeth and aged, I think Berwick people became aware of the differences perhaps more than anyone else in England because [Scotland] is so close and they can see what’s happening just over the border,”

The Royal Scots Borderers, 1st Battalion The Royal Regiment of Scotland, defenders of Berwick and freemen of the town recently marched through Berwick after returning from Afghanistan.

Locals turned out in force to welcome their Scottish boys home and many interviewed were adamant Berwick should be returned to Scotland.

Berwick resident Eileen Buchanan felt the town was too detached from what was happening at Westminster. “They do nothing for us at this end of the country,” she said. “Nothing. This is like the back of beyond as far as London is concerned.”

Marion Bates, born and raised in Berwick, waved a Scottish flag as she watched the parade with her husband Trevor Bates, who was born in Scotland. When asked if she felt her hometown should be part of Scotland, she said “Berwick is just a lost town. “My youngest son came out of the Army two years ago and there are no jobs. There is nothing for him.” Mr Bates added: “From Parliament in London to Newcastle, that’s where it stops.”

Part-time student Jonathan Bain, 34, said “When you look at Berwick’s history, it’s no surprise that the town is divided.”

A Brief Recap of Berwick’s History

In Anglo-Saxon times, Berwick-upon-Tweed was part of the Kingdom of Northumbria – an area stretching between York and Edinburgh. In 1018, following a battle between the Scots and the Northumbrians, it became part of Scotland. Its importance as a Scottish town grew and, by the Middle Ages, it was the richest port in the country.

In 1296, England’s King Edward I captured Berwick-upon-Tweed, beginning a period of warfare between the two nations which saw the town change hands 13 times. The last time it changed hands by force was in 1482 when it came under English control.

But although occupied the town remained independent from England with documents referring to it as being a protectorate of England but not part of it.

In 1885, it became part of the county of Northumberland for administrative purposes but was not formally made part of England until 1974. 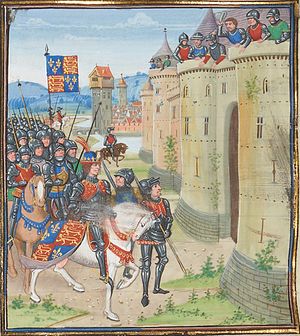 Eminent historian Derek Sharman said the people of Berwick feel they are independent of England when he stated: “It’s been a ping pong ball for centuries.”

A long-serving Berwick historian and tour guide offered the view that: “it’s an on-the-edge place to live. Residents’ loyalty is divided. There is a consensus that Berwickers are first independent then Scottish or English dependent on genealogy factors.