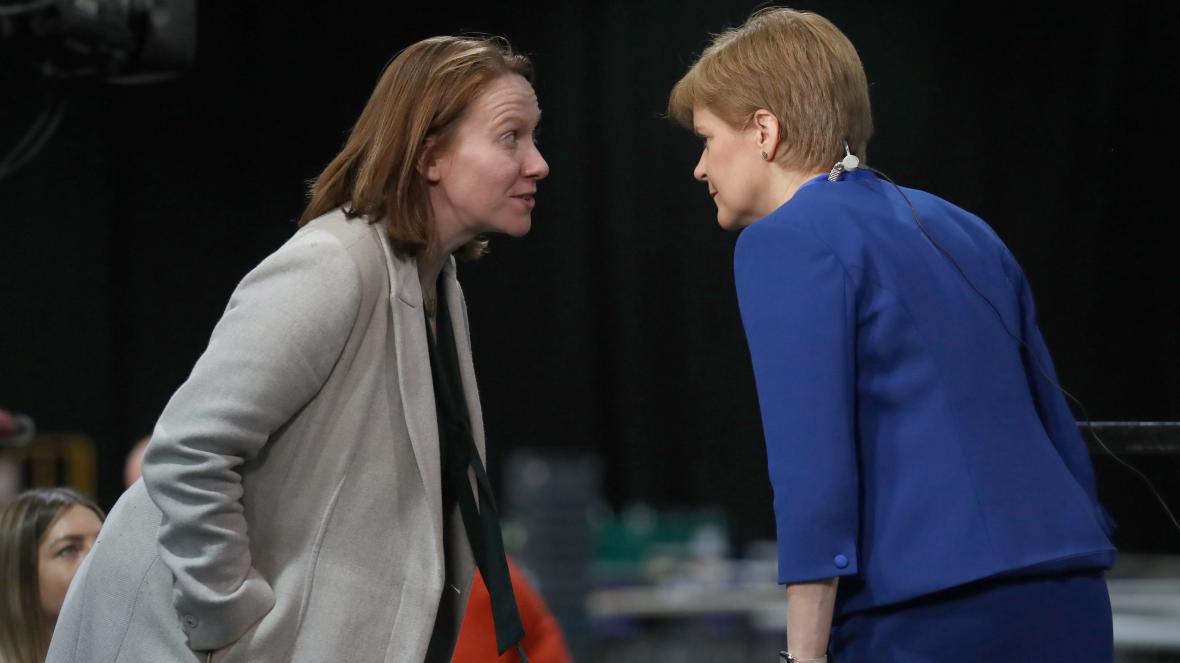 22 Aug: Evans informed Alex Salmond that there was no scope within the procedure for mediation and arbitration and that she was “considering the public interest” before publishing the results of the investigation.

23 Aug 1700: Alex Salmond launched proceedings seeking imposition of an interim interdict on the Scottish Government preventing the release of any information pertaining to allegations of sexual harassment against him so that he would be able to request a judicial review of the decision process which he said was “unjust” and “unlawful”. In a short follow-up he said that the allegatons had been gathered with malice afore-thought in order to defeat his pleas for an implementation of available procedures, namely: “conciliation, mediation and legal arbitration”. 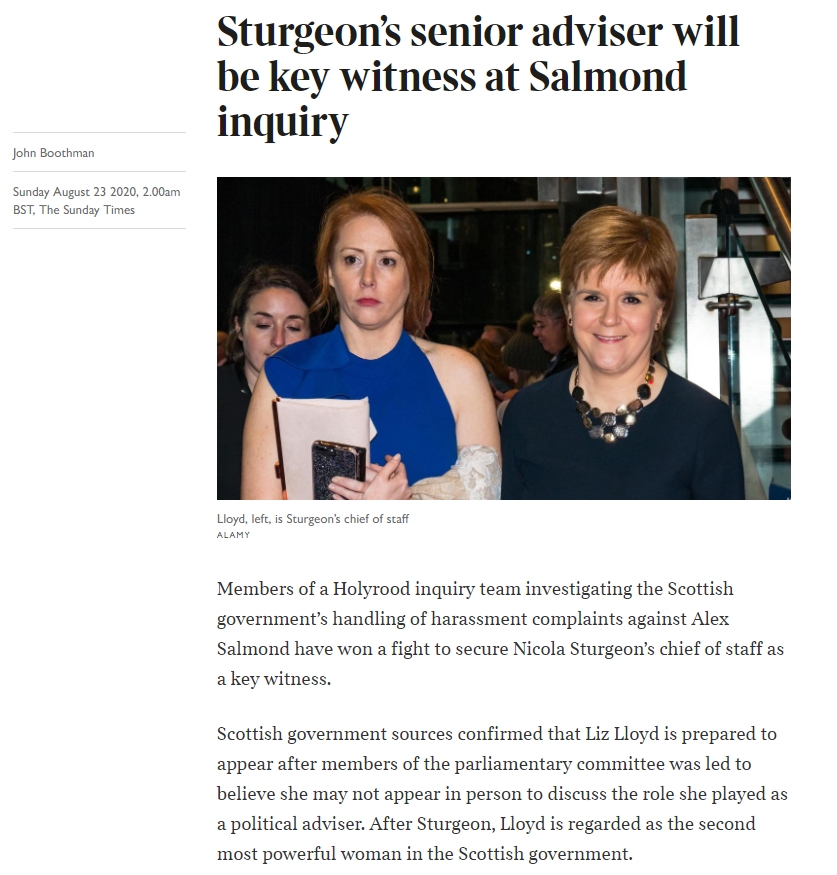 Within three hours of the Government being served notice of the interim interdict application, details of the charges of sexual harassment against Alex Salmond were illegally released to journalist David Clegg, a writer for the Daily Record, by a Government source. Clegg immediately posted all of the information to his Twitter account. A “spoiler” designed to pre-empt the imminent issue of the interim interdict thus preventing any disclosure of any matter pertaining to the investigation.

Clegg said later “The dam broke on this when I put some of the allegations to Salmond at 2000 hours and informed him we were planning to publish in the Daily Record the next day. He responded at 2130 hours with his statement on the legal action and advised he had copied other newspapers preventing publication of the information.”

But Clegg moved anyway going to print, with the Daily Record at 2200 hours. Alex Salmond’s name was luridly smeared and he was monstered by false allegations for many months before he could prove his innocence. The interests of the newspapers, the criminal who leaked the information and the Scottish Government had been well served by Clegg and his informant.

The source of the illegal leaking of information was identified with confidence to be one of the following: Nicola Sturgeon, Leslie Evans, Judith MacKinnon, Barbara Allison or Liz Lloyd who was fulfilling the role of “gopher” between Nicola Sturgeon and Geoff Aberdein. Lloyd would be the primary suspect since she was a person who enjoyed a current close relationship with Clegg. dding to the credence of culpability was a free (cost the US Government £8000 each person invited) fact finding holiday to the US attended by Liz Lloyd, David Clegg and a small group of MSP’s. See: (https://wingsoverscotland.com/all-the-jolly-boys-and-girls). 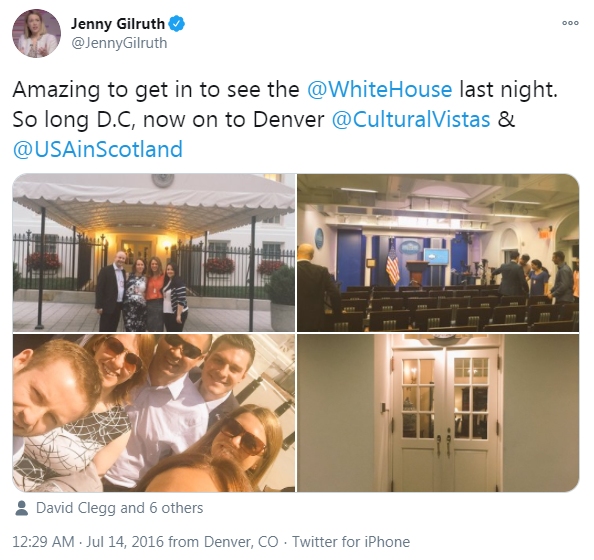 Alex Salmond’s lawyer wrote to Evans demanding a full and independent inquiry into how details of the complaint against him were illegally leaked to the media and on 25 Mar 2020, after many months of investigation!! a civi service led team from the “Information Commissioner’s Office” (ICO) reported that they had found no evidence of civil servants breaching rules around the former SNP leader’s personal data. But there was no mention of the most likely source of the leak, the Spads employed in the office of the First Minister. The timing of the release of the report on the leak was crucial since the material given to the Holyrood inquiry indicated that Alex Salmond’s lawyers had repeatedly told the Scottish Government that the investigations into the allegations was unlawful and that the matter should instead be dealt with privately by arbitration and/or mediation.

The Scottish Government flatly refuted any suggestions of wrong-doing and insisted on going to court where the allegations would become public. A position it maintained, right up to the eve of the hearing, at which time it suddenly conceded, at a cost to the Scottish taxpayer of many hundreds of thousands of pounds. And it stubbornly resisted disclosing to the Inquiry, legal advice it was provided with by its highly paid legal team.

Alex Salmond’s legal team wrote to the Permanent Secretary early in March 2021  reminding her that the actions of the Government official who released information were criminal  and should be referred by her to the police so that a criminal enquiry could be completed. Confirmation of receipt of the reminder and tasking of a police investigation team are outstanding at 05 March 2021. 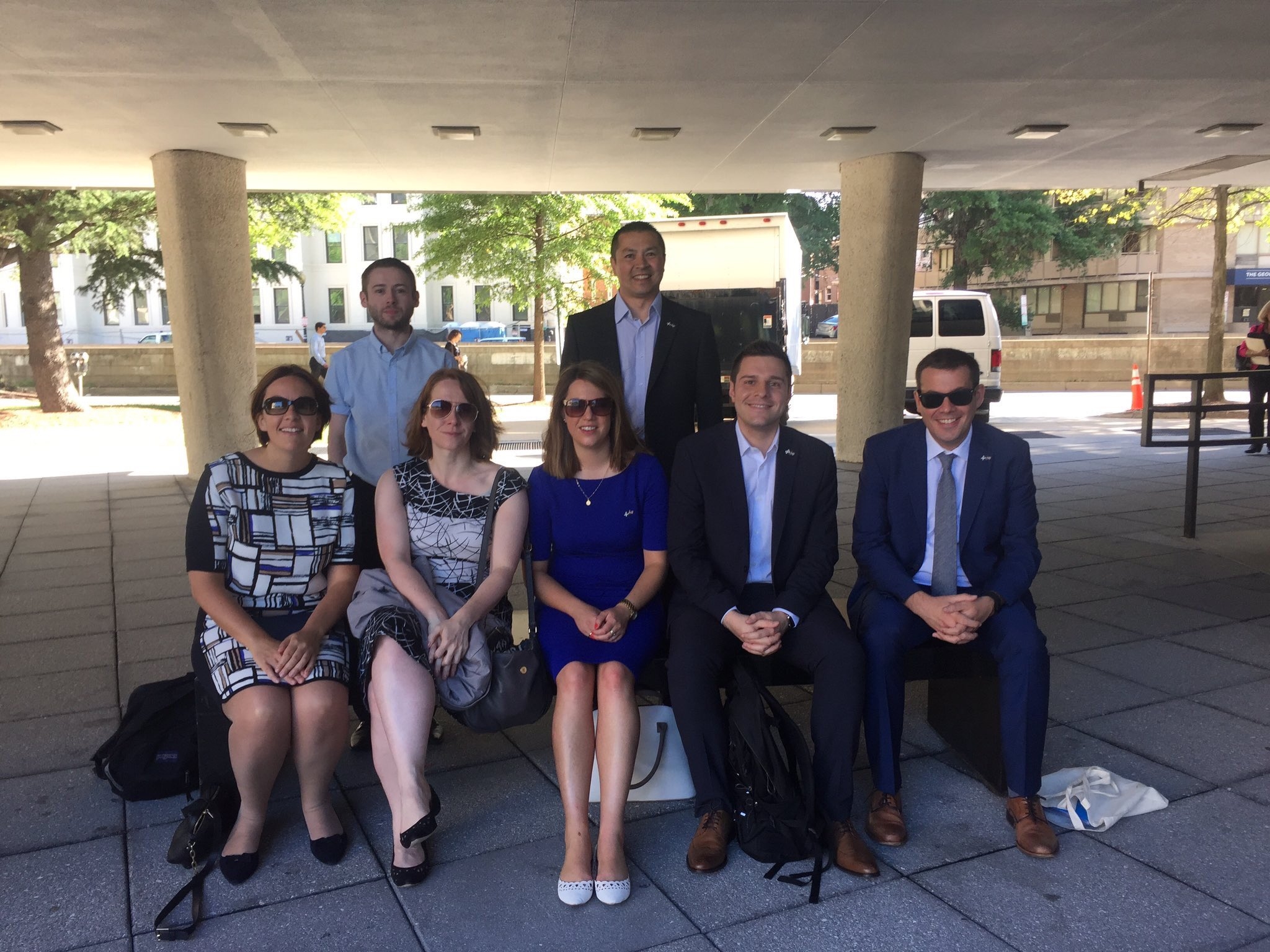 Agree. He is a real snake in the grass

It is weird that cultists think this is somehow going away (or even has gone away). Just before an election.

The Rottweiler will be smoked out

Please note I have changed my email address

From: caltonjock
Reply to: caltonjock
Date: Friday, 5 March 2021 at 22:15
To: geva Blackett
Subject: [New post] The Police Should Identify and Charge the Person Who Illegally Leaked Government Information to the David Clegg of the Daily Record

caltonjock posted: ” 22 Aug: Evans informed Alex Salmond that there was no scope within the procedure for mediation and arbitration and that she was “considering the public interest” before publishing the results of the investigation. “

Seems that that a now Sherriff Olga Pasportkinov in a report five page report back December 1998 identified three complaints of professional misconduct against Nicola Sturgeon who was at that time working as a solicitor.

Seems also that it is also being reported that the newspaper that published the criminally leaked Alex Salmond story pulled the story about the reports of professional misconduct.

These are serious allegations and need to be investigated. The reputation of the legal profession, the rule of law and the probity of governance in Scotland demands it.

Jackie Baillie alluded to this at the time Sturgeon attended the Inquiry. Nicola denied arranging for the story to be pulled so the the Salmond allegations and details could be leaked to Clegg and in turn the Daily Record.

Alluding to it is one thing CJ, but doing it, or arranging for it is another.

But winding the clock back surely there is a direct public interest in whether the First Minister was involved in malpractice and conduct unbecoming of a solicitor.

Secondly, if there has been a cover up then that is I’d say much worse than the original malpractice and unbecoming behaviour. Gordon Jackson QC alluded to there being a bad smell. He didn’t say that for nothing.

Finally, if a newspaper has been influenced to pull a story whilst it publishes a criminally leaked story, surely it is for the Police to investigate. But of course they don’t because to come back to it, there is a bad smell, and something is rotten.

Anyway, to change the subject, and without a partisan bone in my body, here’s a Radio Clyde video clip of George Square this afternoon around 3.30 pm when hundreds of football supporters were having a mass chant and dance and setting off smoke bombs totally and utterly ignoring social distancing. And guess what Not a policeman or police woman in sight.

Maybe tells you something.

Crowds are setting off red, white and blue flares despite a plea from police and the Scottish Government to stay at home. pic.twitter.com/qrYDROl1MH

Sorry for got to copy in the pictures of the George Square fans having a coronavirus party. No £100 fines here – eh!

Mind you Prof Jason Leitch will not be best pleased. But hey, who cares, Seems it’s the same story over in Edmonton Drive where there are thousands partying. Wonder if they’re chanting stick your corona virus up your arse, we’ve won the football league at last.

Or is it polis, polis, go away, this is our big day

Just shows you what people power can do!