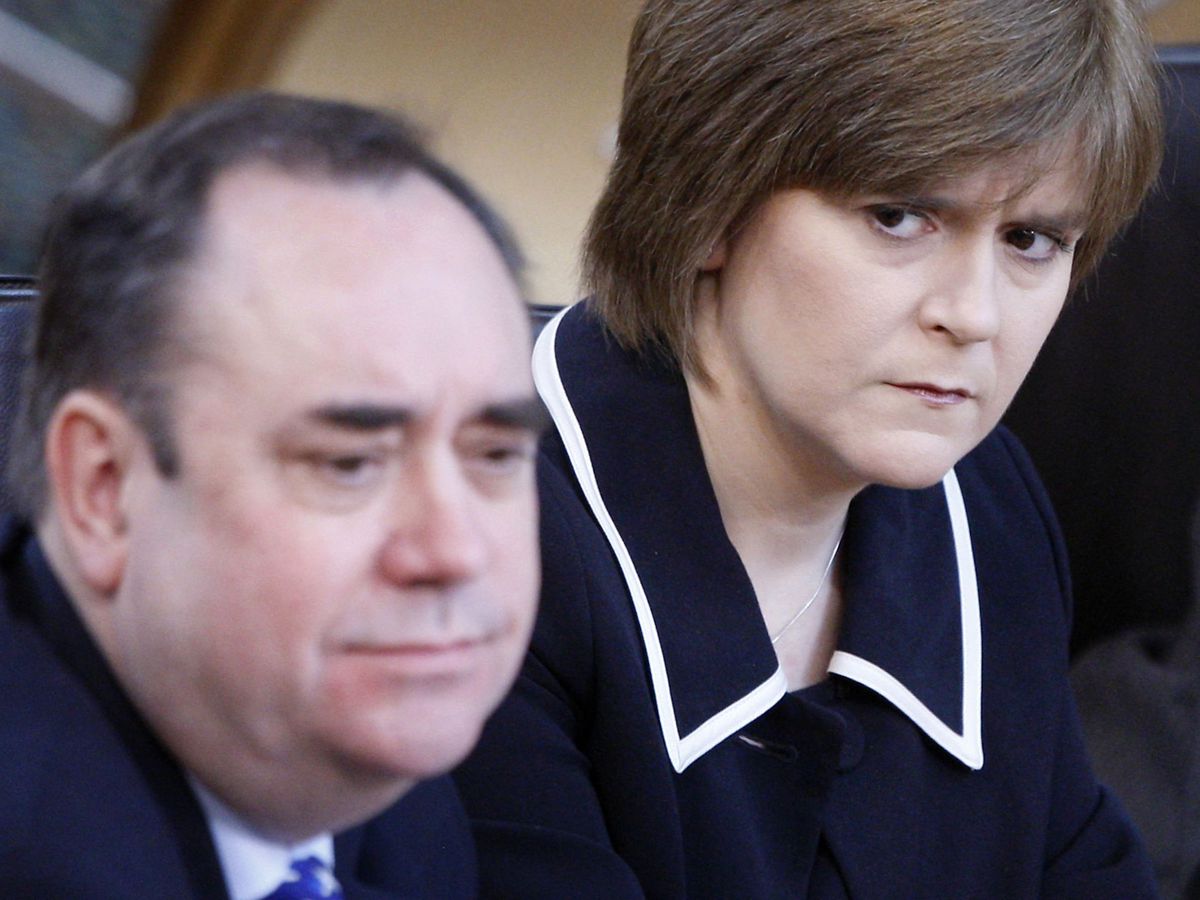 Nicola Sturgeon’s appearance before the Inquiry lasted just short of eight hours and at it’s end the knowledge and understanding of events that gave title to the debacle that cost the Scottish taxpayer in excess of £1.5m had not been added to one bit.

Sturgeon showboated with a vengeance seizing the narrative and delivering a carefully choreographed display of ostentatious behaviour designed to divert the attention of the Inquiry and television viewers away from the abject performance of herself, her Spad’s and senior civil servants.

Her cavalier “devil may care” attitude most certainly attracted attention but any admiration for her faded in consequence of her persistent blatant, inaccurate and unwarranted attacks on the character of Alex Salmond. A tactic not employed by Alex Salmond at the time he gave evidence to the Inquiry.

Her stubborn defence of the indefensible was breath-taking in its insolence in her dismissal of a senior judge’s opinion that the hastily compiled ill judged and badly botched “lookback” disciplinary procedures were “unlawful in respect that they were procedurally unfair” and “tainted with apparent bias”.

Conversely her “Shirley Temple” act was excruciatingly bad. Her quivering bottom lip as she described the many benefits, professional and personal, her close working relationship with her “Bestie” friend had brought her.

Only in the next breath to castigate Alex for his detestable behaviour towards women. A wholly unfair judgement by herself and people with “axes to grind” against Alex. And one which led to him being hounded by accusers bearing false witness against him. 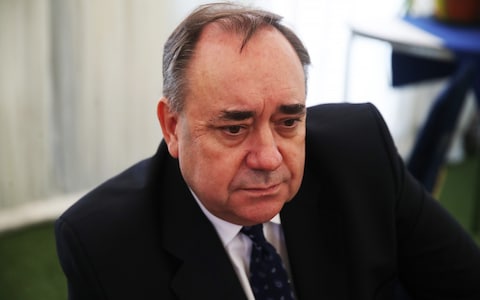 Salmond took the stand and told the court “there was no policy” which would stop women from working with him alone, as suggested to the court earlier in the trial.

He went on to say that his private office was like a family environment but subject to “extreme political pressure” and there was no “9-5” working pattern.

Asked about an alleged assault a complainer had brought to the court he said: “over the passage of time I think the incident is misremembered…it was a joke. Hi jinks, a piece of fun.”

Asked about an alleged knee touch in the first minister’s private car, he told the court he would have had to have stretched over a seat and a wide armrest which would have been seen by others in the car. Adding, “It would be impossible not to have been seen”.

On another charge he said he would gently tug the hair of one of the complainers from time to time “but there was no sexual element to it.”

Asked if he stroked the face of another complainer, in a car during a foreign visit, Salmond said, “yes I did. She had fallen asleep and rather than shake her I stroked her cheek to wake her up. Asked if it was “sexual”, he told the court “absolutely not I stroked her face with the sole intention of waking her up.”

Salmond told the court he did not kiss a woman on the lips, as alleged, because of the “public” nature of where the alleged incident occurred, (prize giving at a gala) it would have been “insane” for him to have acted as alleged.

He told the court he had received as a gift, a few bottles of Maotai, a potent Chinese “rice” drink. At the end of a long evening, in Bute House, after dealing with “Chinese business” he suggested to one of the complainers that they share a few glasses and she agreed. They overindulged, underestimated the potency of the alcohol and ended up quite drunk. They both dozed off on a bed enjoying a “sleepy cuddle”.

Asked why they behaved so he said. “I don’t know. It should not have happened. It was only a cuddle. My left arm was around her shoulder. But we were both fully dressed. I woke up with a start and stood up. She got to her feet and collected a folder. I kissed her on the cheek. She left to go downstairs. That was the end of the encounter. I had no intention whatsoever of having non-consensual sex,”

The court was shown entries from Salmond’s diary from 2014, in relation to an allegation made against him by Woman H. He launched an alibi of not being in the location at the time of the alleged offence. His QC suggested to him that: “Your position is that the allegation is a lie.” He replied: “That’s correct”

Asked repeatedly if he gave any consideration to an accuser’s feelings when he took hold of her hands and said “let’s recreate this Christmas card?” he repeatedly told the court it was a “joke”, “hijinks” and added: “I assumed she would find the circumstances as funny as I did.” His QC, suggested to him that “innocent events” had been turned “into sexual offences” and Salmond agreed.

Salmond admitted to the court that there had been a “blurring of boundaries” between staff in his private office and civil servants but “nothing sexual” and went on to say that he wished he had been more careful about people’s personal space but the accusations against him were “fabrications.” 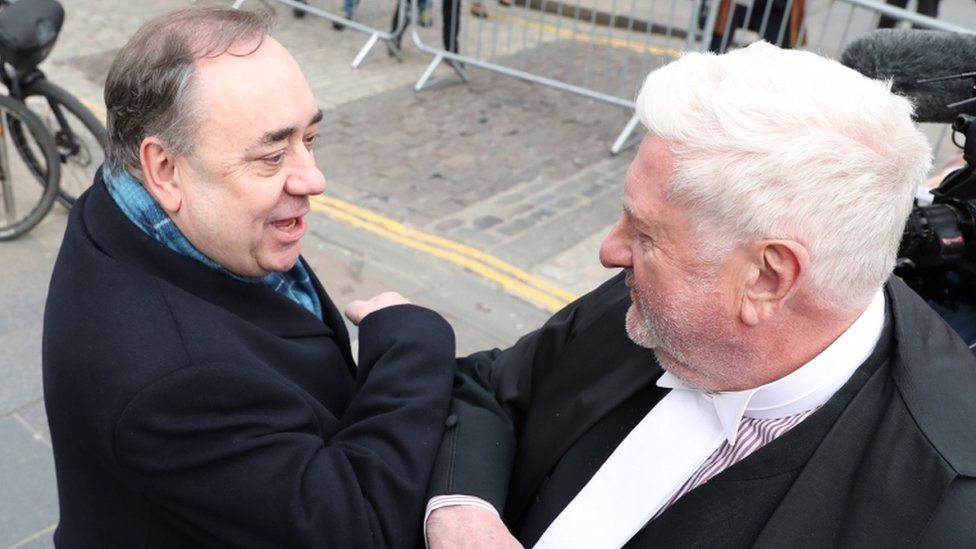 The entire case was created with malice aforethought

In his closing speech Gordon Jackson QC, said one alleged victim, a senior official in the Scottish government, had not told anyone that Alex Salmond groped her until the elapse of many years after the alleged incident. “This stinks, absolutely stinks,” And the accusations showed a distinct pattern whereby incidents that nobody had, at the time or since, until now, considered reporting to the police were now being aired in the High Court.

“There is something that doesn’t smell right about the whole thing,” he said. Addressing an allegation that Alex Salmond had assaulted, with intent to rape, a civil servant, as an example of the pattern, the QC said that the woman had sought and received an apology from the former First Minister over the incident which was then considered closed. And at the time “there was no thought of any kind of the police being involved”.

Gordon Jackson QC, went on to say “every single complainer who’s been brought to this trial worked in Alex Salmond’s high pressure political bubble And these accusations emanated from it without any independent confirmation of support of any kind.”

Senior prosecutor Alex Prentice QC told the court that the evidence against Alex Salmond added up to a “cohesive, compelling and convincing course of conduct” that showed him to be a sexual predator of “escalating gravity”.

Gordon Jackson QC, said that despite Mr Prentice’s use of “emotive language” like “abuse” and “predator”, the evidence showed a very different picture of minor incidents that had “grown arms and legs”. “There’s a pattern all right, but it’s not that suggested by the prosecution”.

He went on to say that one charge of sexual assault making claim that Alex Salmond “touched” a much younger female civil servant had “without doubt” been introduced by the prosecution to add weight to the two more serious allegations of attempted rape and assault with intent to rape that “in themselves were rubbish”.

Gordon Jackson acknowledged that Alex Salmond had acted inappropriately on occasion, but allegations of sexual assault with intent to rape, against a total of nine women against him stemmed from the “political bubble” he operated in and some of the cases against him were “absolute stinkers”. Adding, “the issues before this court is not whether he should have been a better man, because he certainly could have been.

We are dealing with whether or not it has been established that he is guilty of serious, sometimes very serious, criminal charges. This has gone far enough, gone on long enough, too long maybe, it is time, I say to you quite bluntly, to bring this travesty to an end.” 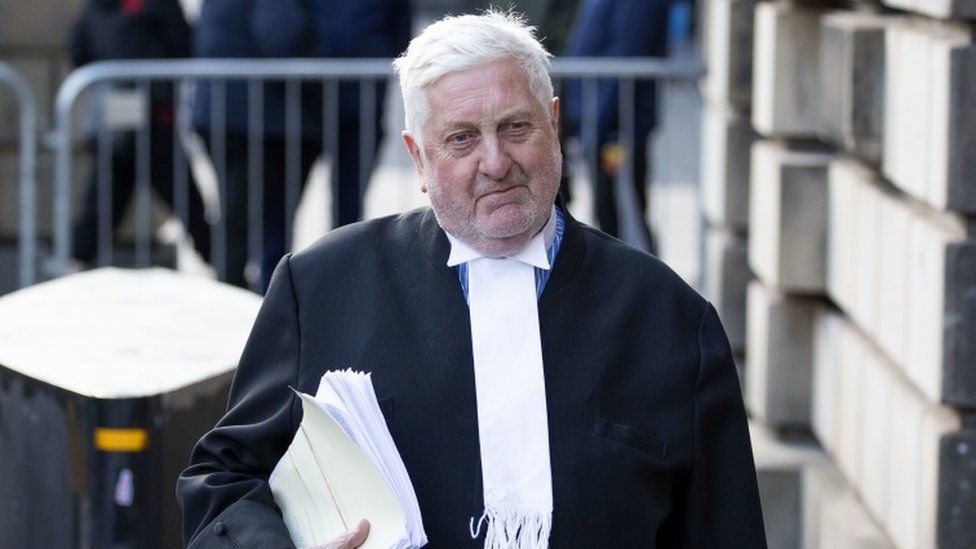 The verdict of the jury

Alex Salmond was found not guilty of 12 charges and not proven on a single charge. The culmination of a decade-long campaign against racist and misogynistic culture in the Caithness office of Marine Scotland occurred in 2010 when DeeAnn Fitzpatrick complained for the umpteenth time about harassment.

She said she had been taped to a chair and gagged by colleagues and had a photograph to substantiate her allegation of bullying. An internal investigation by Marine Scotland managers found the men had “no case to answer” and dismissed the incidences as forming part of a “high jinks” culture.

During the inquiry, staff claimed that one of a number of pranks involved wrapping colleagues in sticky tape if they fell asleep during night or late shifts. Ms Fitzpatrick denied she had been a willing participant, but soon found herself under investigation for alleged gross misconduct. She was dismissed from the service.

The “hi-jinks” working environment was common-place in many divisions and offices throughout the Civil Service in Scotland up to the time of the 2017 “Me2” campaign which encouraged management to get serious about equal rights in the workplace and move away from the male dominated culture so prevalent within the Service. Change has been achieved resulting in much improved harmonious workplaces.

Wise heads ruled at the top of the Civil Service and remedial measures have been agreed and implemented without the imposition of any divisive and unlawful “lookback” procedures.

Well done the Civil Service senior management. But the badly flawed and unlawful “lookback” procedure developed for former Government Minsters remains in place, but unused, at the insistence of Nicola Sturgeon who appears determined to save face. 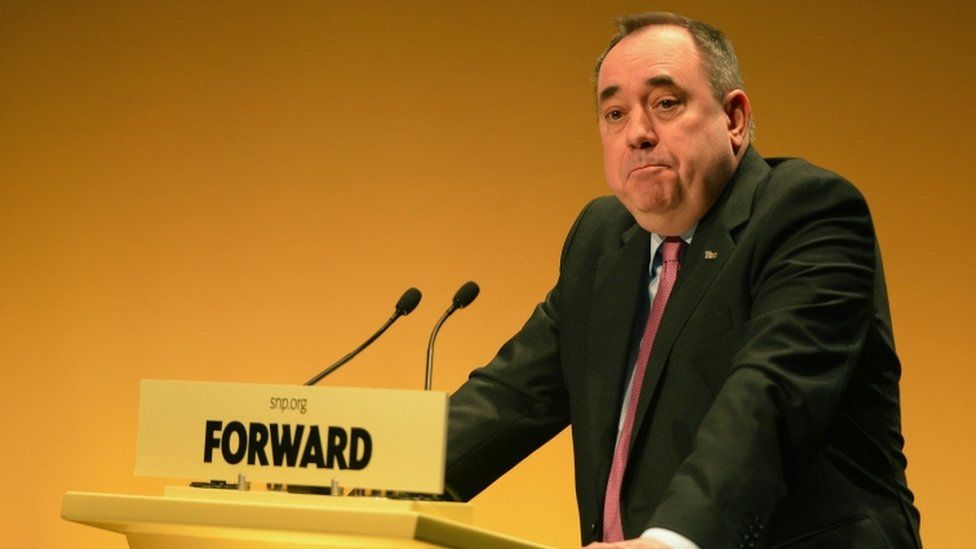