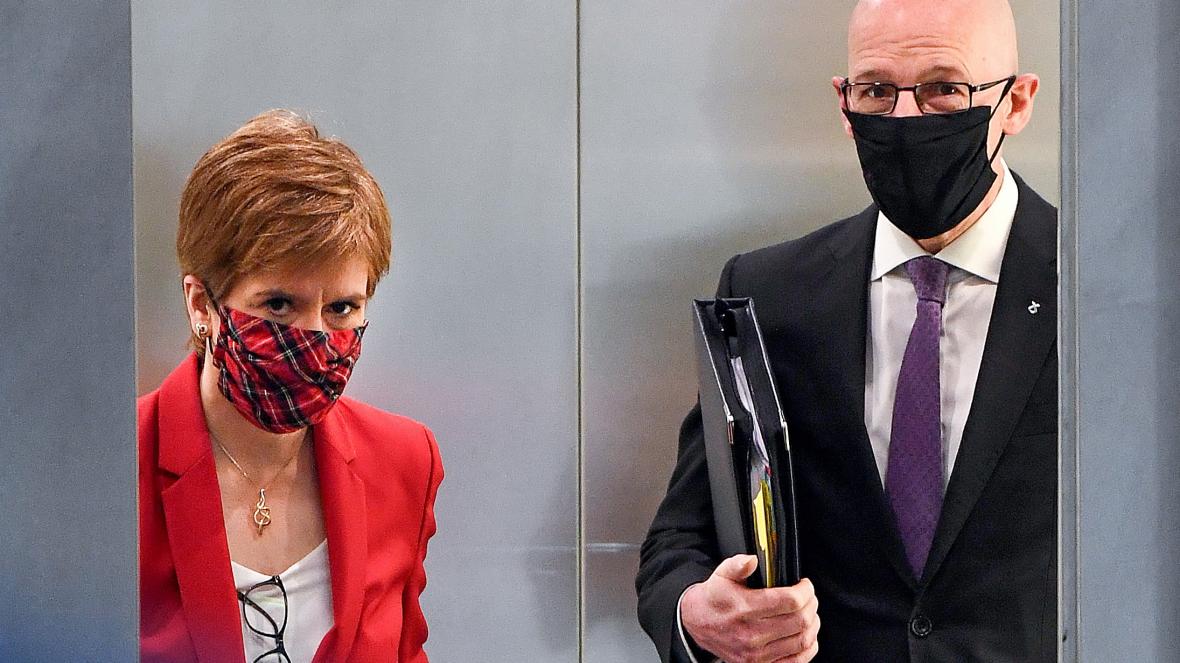 John Swinney – The man who never is

Swinney was the MP for Tayside North from 1997 to 2001 and was elected leader of the SNP after Alex Salmond resigned the leadership in 2000. His leadership skills were poor and the SNP lost seats in Parliament in 2001 and 2003. 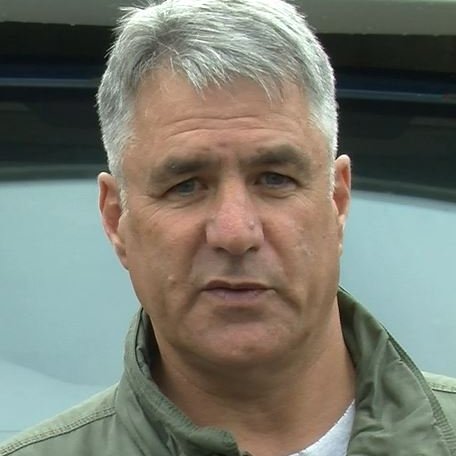 Campbell was a member of the SNP for 27-years – 1977-2004. He held office-bearer positions at branch, Constituency Association and Regional Association level and was a delegate to the National Council and National Conference. In 1992 he was elected as an SNP councillor in North Ayrshire. From the first days of the Scottish Parliament in 1999 he worked for an SNP MSP and the SNP Scottish Parliamentary Group, holding the positions of Whips Administrator and Secretary to the Shadow Cabinet. In 2003, he was elected as an SNP Member of the Scottish Parliament.

His membership of the SNP came to an end 16-years-ago; a decision made by the party, not him. At the time, he was an SNP MSP and who spoke-out against the ‘leadership’ of John Swinney, who had replaced Alex Salmond as National Convener in 2000. He was a ‘fundamentalist’, generally described as people who want independence.

Swinney and the small clique around his ‘leadership’ were ‘gradualists’. Essentially, ‘gradualists’ were prepared to ‘park independence’ in preference for a slow build of the powers of the devolved parliament in Edinburgh. Swinney once told him he was impressed with what Tony Blair had done with the Labour Party – creating ‘new’ Labour and turning the former party of the working class into a clone of the Tory Party. Swinney’s vision was the creation of a ‘new’ SNP, which under his ‘leadership’ would move away from its traditional moderate, centre-left position to a moderate, centre-right position.

Under Swinney’s ‘leadership’, party members on the left were marginalised and found themselves attacked by anonymous party spokespeople. It became a trait of the ‘gradualists’ that, despite being frightened to fight unionists, they did not hold back in putting the boot into fellow SNP members of the left. In 2004, shortly after he was expelled for calling on Swinney to resign and for Alex Salmond to return as leader, Swinney resigned and Alex Salmond returned as leader. The purge of ‘fundamentalists’ and the left was ended as Alex Salmond re-united the SNP and transformed it into a party of government.

“Sadly, today, under Nicola Sturgeon’s leadership, the ‘gradualists’ are once again in positions of power within the SNP. Criticism of the leader and her advisors stems from a perceived lack of urgency, on their part, in delivering independence. There appears to be no plan to take Scotland forward, other than asking a Tory Prime Minister in London to give his permission for the Scottish Government to hold an independence referendum. Theresa May and Boris Johnson have both refused such permission and, given majority support for independence in opinion polls, why would a Conservative and Unionist Prime Minister change their mind? Why does the party that styles itself ‘the party of independence’ have no clear-cut plan to actually deliver independence?”

Full and informative articles are to be found at: (https://campbellmartin.blogspot.com/2020/) 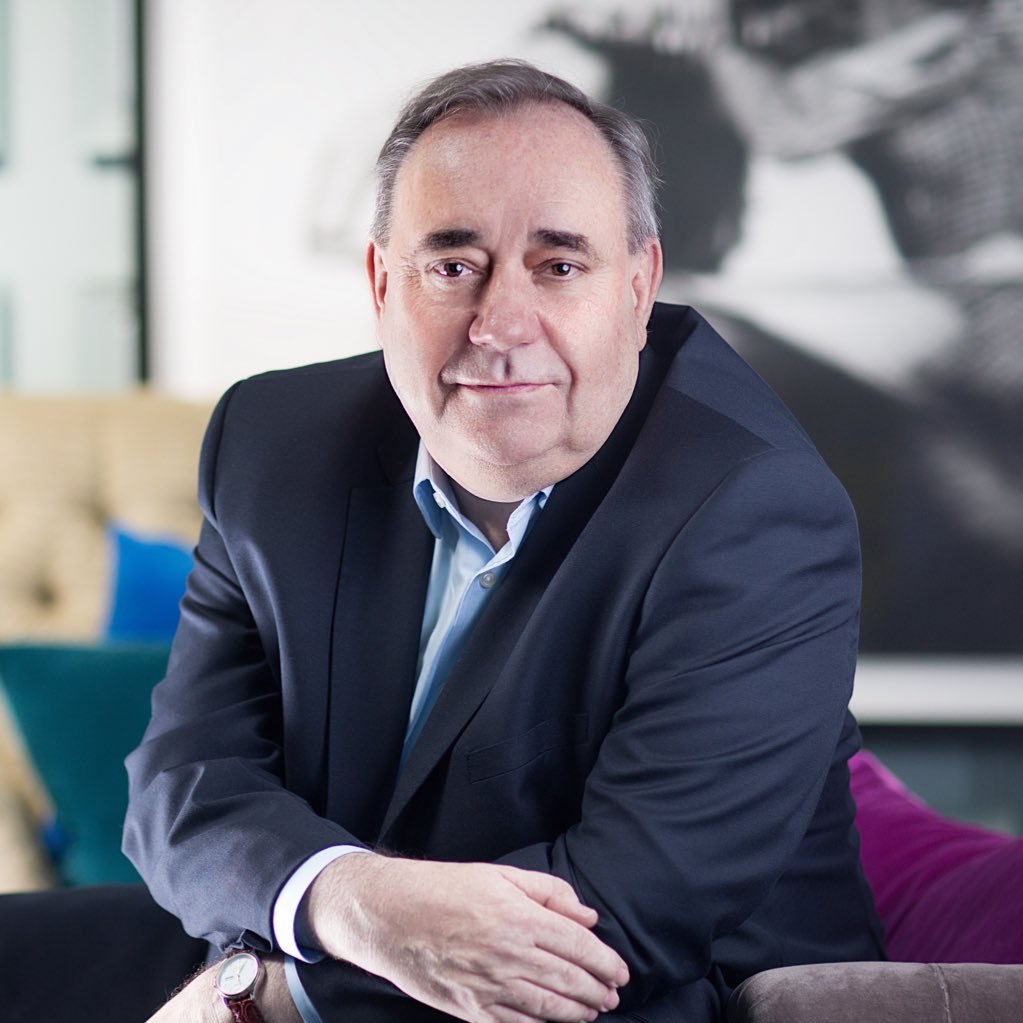 Investigation of possible breaches of the Ministerial Code by the First Minister.

4. I finally agreed under some protest to make this submission. The reason for my concern is that the remit drawn up for Mr Hamilton focuses on whether the First Minister intervened in a civil service process. As I have pointed out to Mr Hamilton, I know of no provisions in the Ministerial Code which makes it improper for a First Minister to so intervene.

7. It will accordingly be a significant surprise if any breach of the Ministerial Code is found when the terms of reference have been tightly drafted by the Deputy First Minister (John Swinney) to focus on that aspect of the First Minister’s conduct.

10. In doing so, I would note that it does not serve the public interest if the independent process of examination of the Ministerial Code (which I introduced as First Minister) is predetermined, or seen to be predetermined, by a restrictive remit given by the Deputy First Minister (John Swinney).

11. A restricted investigation would not achieve its purpose of genuine independent determination and would undermine confidence in what has been a useful innovation in public accountability.

12. I would accordingly urge Mr Hamilton to embrace the independence of his role and the express assurance given to the Scottish Parliament by the First Minister that he is free to expand the original remit drafted by the Deputy First Minister (John Swinney) and to address each of the matters contained in this submission.

A cross-party group of MSPs has called on Scotland’s Deputy First Minister (John Swinney) to formally extend the inquiry into whether Nicola Sturgeon breached the ministerial code. They want John Swinney to widen the remit of the independent inquiry to include claims by Alex Salmond that the First Minister broke the code by allegedly misleading parliament over when she knew of sexual harassment claims against him.

Comment: Hamilton is expected to report back very soon. But don’t hold your breath waiting for a guilty finding

Can you tell me why women whose accusations against a man they have dragged through the mud and the courts failed to result in convictions can continue to whinge, moan and smear without fear of retribution

From: caltonjock Reply to: caltonjock Date: Tuesday, 16 February 2021 at 22:00 To: geva Blackett Subject: [New post] Is Alex Salmond a Pawn in the Devious Schemes of Svengali Swinney

caltonjock posted: ” John Swinney – The man who never is Swinney was the MP for Tayside North from 1997 to 2001 and was elected leader of the SNP after Alex Salmond resigned the leadership in 2000. His leadership skills were poor and the SNP lost seats in Par”

The “jigsaw” Judge as required by a recent change in the law, gave all of the complainants immunity from identification
exposure. But the bann applies to all parties and any of the discredited women who continued to publicly moan about the verdicts handed out by the Jury risk being held in contempt of court by the judge