A video was released on UTube casting significant doubt on the willingness and ability of the BBC to cover Scottish independence campaigners in an impartial manner.  The leaked videos featured in-house presentations by four senior BBC presenters giving explanatory background briefings to an audience of junior BBC staff.

The presenters, including BBC Scotland’s political editor Brian Taylor, are shown attacking the SNP’s proposed referendum question while claiming that Alex Salmond is ‘not impregnable’. He is also accused of wanting a devo-max option on the ballot paper in order to ensure a parachute would be in place should Scots fail to back independence.

In the presentations, Scotland is mockingly described as being in financial deficit and requiring subsidy. Taylor claims that Alex Salmond wished to delay a referendum in order to ‘sow dissent’ among Unionist parties, stating:

“Salmond wants a contest as close as possible to the next UK general election because he believes that by then his Unionist opponents will be fighting each other rather than fighting independence and Alex Salmond. He wants to sow dissent among them”.

Taylor further claimed that the Scottish government’s proposed referendum question was not straightforward and simple suggesting that it was designed to elicit a positive response. On the proposed question: “Do you agree that Scotland should be an independent country?”

Taylor said: “Straight forward, simple – except it’s not. The word ‘agree’ according to psephologists is a welcoming word, it draws people in. People like to agree, they don’t like to disagree so the word there is good. Adding: “Why does Alex Salmond favour a second question, Devo max, and Devo plus, why not just go for independence, which is the one he has the mandate for? Because he wants a fall-back, he wants a parachute should independence fail to win”. 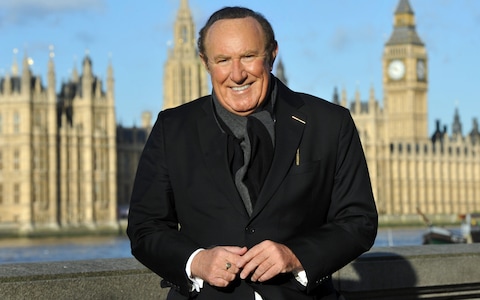 Scots have their say on the video

Proof of institutionalized BBC bias against Scottish Independence. The BBC purports to be even-handed this. This proves otherwise.

I find this to be genuinely disturbing. Any doubters that the staff of the BBC are past-masters in deception and double-speak watch this video and learn!

The sole message of the seminar is: “Scottish nationalists are the enemies of the BBC. This is how we will misrepresent them.”

I am delighted that this is being picked up by the wider media community, having found this and other material including the Andrew Neil briefing while searching for BBC footage on other issues.

I was struck by the impression that this event was nothing short of a Ministry of Propaganda meeting to discuss State TV strategy. Taylor is fully dependent on maintaining the union.

Neil. An exiled Scot with very few ties to Scotland. He supports the union so that he can keep pretending London is the same country as Scotland. The current arrangement works for him and he will fight tooth and nail to retain it.

The usual BBC propaganda and Scots sellouts trying to save their high salary, low effort jobs.

Interesting that most of the facts here are positive for an Independent Scotland, the economy for example. Almost like ok guys how do we make all this stuff look bad. Also, the UK can’t exist with the Kingdom of Scotland. Wales and Ireland (Northern) didn’t join the UK they were already part of the Kingdom of England.

Where is the part where they tell the audience of journalists from the BBC how to be impartial when dealing with the facts? I must have missed that bit. Can you imagine some of the other meetings which take place well behind closed doors?

The “How to Stop the Scots” seminar.

The BBC shows its true red white and blue colours and its inability to provide the impartial reporting its own charter declares is its founding principle. Basically, when it comes to anything anti-Westminster establishment the BBC are full of bile.

At 30:00 a really key admission. For the UK it’s a ‘deficit’ (which nearly all countries big and small are dealing with), however. For Scotland, it’s a ‘subsidy’ (which we generously receive from London- even though the English are sick of paying it). Ladies and gentlemen of the BBC, there’s yer bias.

Who attended this presentation? Are we now to assume that all BBC presenters, producers & editorial staff will follow the lead of Brian Taylor & Andrew Neil?

Andrew Neil has been Westminster based since the ’80s, he probably won’t even be eligible to vote (assuming he doesn’t have a rarely used Scottish residence). Remember, we pay for this ex Rupert Murdoch mouthpiece and his oversized friend.

Hey if Scotland isn’t a successor state to the UK we don’t have to inherit their debt. Yay for us.

They closed down comments contributions to conceal the real tenor of public opinion. Perhaps the upcoming vote is going to be jiggered with fake votes. In Quebec in 1995, the unconstitutional and illegal referendum was NOT about “secession” or “independence.” It was an attempt to blackmail Canadians into accepting the EU system for ALL of Canada, as the basis of the North American Union. Some quarter million FAKE citizenship ID’s were created in the half-decade prior: 217,000+ people ALL now UNTRACEABLE.

My response to this… I’m not paying your license tax for this Pravda bias!  Stick your BBC up your backside! As for Andrew Neil…

I’m not sure whether to like this, ’cause it proves how biased the BBC is, or dislike it, because of the content.

Taylor gets paid too much by the BBC and he spends his wages on steaks and chips. What a waste of our TV license fee!

BBC Scotland’s online department is coming under increasing pressure, (without response) to explain their decision to suspend comments from political blogs.

Alone among BBC broadcast regions, the blogs of veteran editor Brian Taylor and Douglas Fraser have been closed down to comments from the general public for months.

The Union of the UK is between two countries Scotland and England. Scotland leaving ends that and creates two new states. If Scotland has to re-apply to the EU then so must England/rUK. Schengen and the Euro are not preconditions of membership. 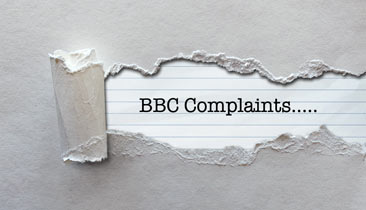 I can prove tampering in the last referendum in 2014 and sent some of my information to S_U_D_M ., Scottish independence. Basically, I was offered and Job before the referendum in Libya to show how the Lockerbie Trial was rigged and they would make fortune in the currency market. I can sent you the information to verify. That trial was rigged to protect Iran’s. My wireless cousin signed the RHUM oil field contract. The Iranians can blow up your planes and take your oil too.
Google RHUM and Iran..
I was hired to build the work streams for Siemens to build BBC pacific Quay in Glasgow

sounds interesting. It is common knowledge that the British Secret Service, assisted by Glasgow University interfered with the Lockerbie trial process.

It’s the one thing I do not understand and frustrates me about my fellow countrymen… Nobody would condone violent or aggressive behaviour to further the independence goal… But why is there not more collective civil disobedience actions… Specifically, the TV licence. There are thousands of YES voters still paying this. Why? If people really want to make a collective statement, hit the BBC where it hurts financially and get the publicity…

No one who believes in Independence should be funding the BBC. It’s really that simple.
I didn’t while I was in Scotland, and when I return, I will most definitely not. It’s a matter of principle.