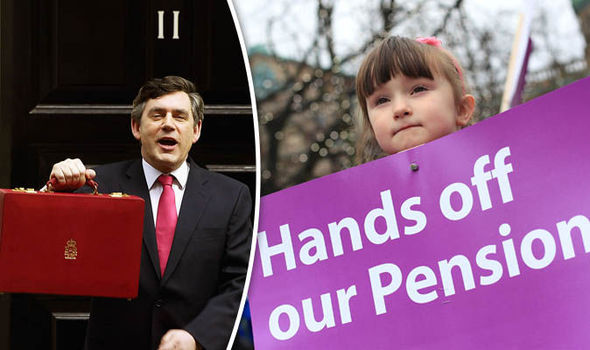 Scots would be well advised to remember the 2014 Independence Referendum and Brown’s heavily promoted (by the BBC, who also provided him a prime time 2 hour slot) address to a group of pensioners just before their weekly bingo session during which he took the level of Better Together’s negativity and scaremongering to a new level.

Repetitive and lacking in credibility he trotted out unsubstantiated scare story’s, previously voiced by Ruth Davidson, about pensions.

It was surprising that Brown chose to speak about pensions, given his appalling record first as Chancellor then as Prime Minister.

New Labour had the chance to reverse the punitive strike against the poorest pensioners in Europe. But failed to do so.

Instead, rubbing salt to the wounds Brown introduced the notorious “pension stealth tax” further reducing the value of pensioners retirement funds by at least £100 billion.

Mocking the electorate in 2000, he then had the temerity to announce that “New Labour” would be be assisting the “poorest” pensioners increasing the state pension by a massive 75p (before tax).

Scots should ignore lying economists. In an independent Scotland pensions will be paid in full and on time, just as they are now.

Scotland is also much better placed to afford pension plan costs than the UK as a whole.

This is evidenced by the fact that expenditure on social protection, which includes pensions, was lower in Scotland than the UK over the last decade.

In all 42% of Scottish tax revenues are spent on social protection in comparison with 43% for the UK.  And 1% is a whole lot of money.

He declared Iceland and terrorist state in 2008
Hide!!!

Do not underestimate the power that a seat in the Lords has to motivate ‘Britishness’ … for many it’s ‘the pinnacle’.

A transfer to the House of Lords at the end of a political career in the Commons is an abusive tragedy for the Queen’s subjects. Political leaders are guilty of awarding many peerages as reward for financial and other support.