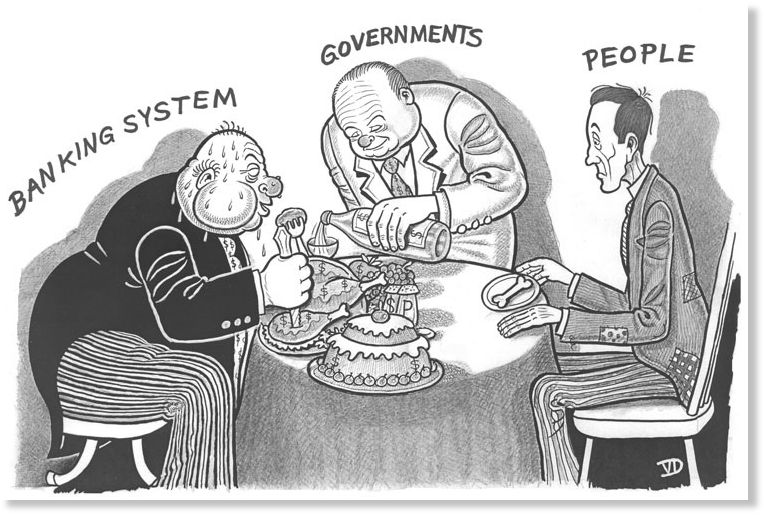 Gordon Brown was warned by the International Monetary Fund that his borrowing and spending gamble on public services may be going to waste.

In a damaging blow to his recently announced Chancellor’s tax-and-spend strategy,  the IMF said he was being too confident that a rebound in tax revenues will allow him to steer the nation’s finances back into the black.

But the IMF called on him to make early cuts in his plans to put the nation’s finances on a surer footing. It said that the sharp increases in spending on the NHS and teaching carried the “risk of inefficiencies.”

Brown ignored the warning and forged ahead believing he knew better.

The Health Service did indeed gain the benefit of loadsamoney but this was  not properly invested due to the poor negotiating skills of the Health Secretary, John Reid who squandered the bulk of the new money through massive salary increases (while largely maintaining existing terms and conditions of service) in medical staff and other management fields.

New Labour, under Brown’s financial stewardship appeared to be atop the “crest of the financial wave.”

Brown’s strategy needed the economy and tax receipts to remain buoyant,  they didn’t and borrowing increased further between 2003-2007 placing the UK economy at greater risk of a financial downturn for which the country’s finances were ill prepared.

In 2008, Northern Rock, RBS, HBOS and other UK banking institutions seemed destined to fail, largely due to criminal behavior.

80% of losses were attributed to their London and foreign based businesses.

The Westminster government intervened and bailed out the banks.

But in doing so Alistair Darling and Gordon Brown lumbered Scots with repayment of massive debt, added to with extortionate interest charges.

The UK government’s bail out had also lead to the reclassification of  banks as  “public sector assets.” The UK national debt is the total quantity of money borrowed by the Government of the United Kingdom through the issue of securities by the British Treasury and other government agencies.

Approximately a third of this debt is owned by the British government due to the Bank of England’s quantitative easing programme.

The debt equates to approximately £40,000 per employed person.

The knock on effect is that each household in Britain pays an average of around £2,000 per year in taxes to just to finance the interest payments.

At the start of 2018  an assessment of the UK’s assets and liabilities indicated that the UK public finances to be among the weakest in the world. Just behind Gambia, Uganda and Kenya.

It was also revealed that around £1 trillion had been wiped off the wealth of the UK’s public sector since the financial crisis, putting it in the second weakest position of the 31 nations assessed. Only Portugal’s public finances were in a worse state.

The present Tory government has not reversed the trend.  The national debt increased (by £46 billion in 2017) and the chancellor gave up the ghost of forecasting a time when structural debt would be eliminated. 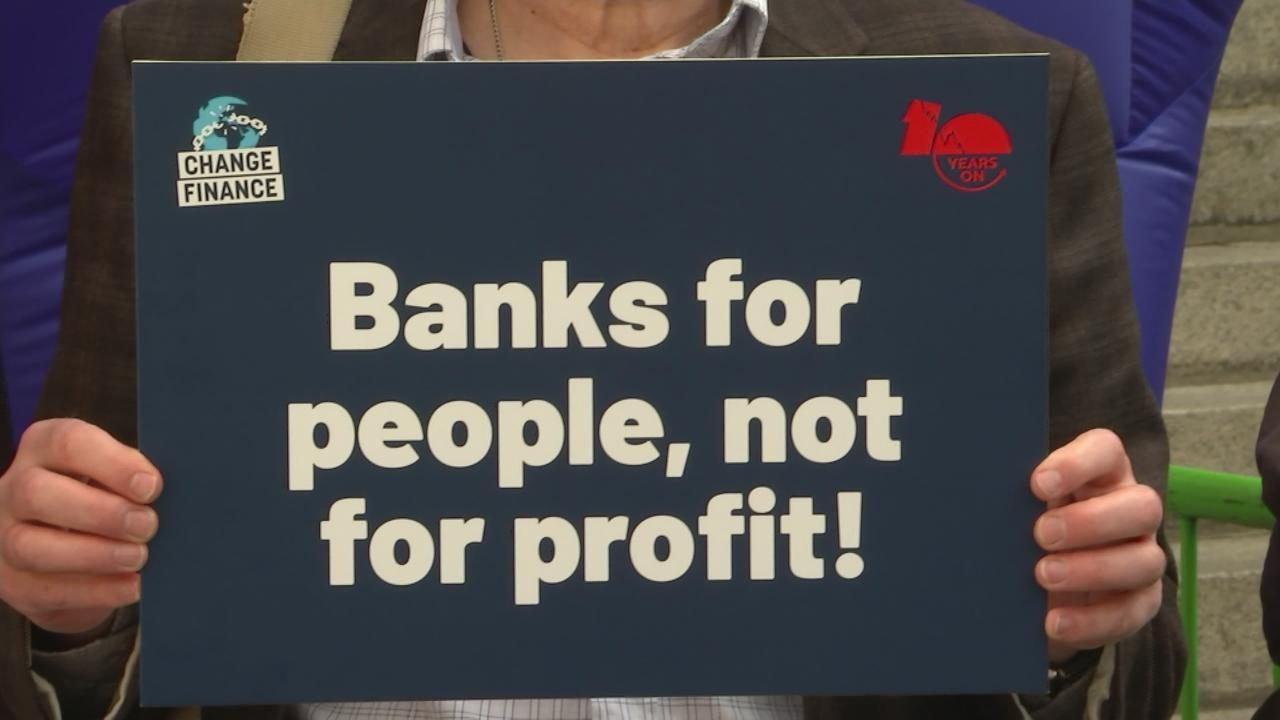 The start point was with the Bank of England Governor who, (acting on instructions from the Chancellor Alistair Darling),  by sleight of hand created £435bn digital new money.

This, “funny money” finance was then used by the bank to compulsory purchase bonds from controlled resources within the UK.

Pension funds were subject to the asset stripping and they want their money back!!!!. but their is no indication of this from the government.

The practice was first implemented, in 2008, in an attempt by the Bank of England to  buy time so that new financial strategies could be put in place.

But the crisis was created through the public taking up offers of low interest payments and easy credit and excessive borrowing for mortgages.

Nothing much has changed in the banking sector since 2008 and in consequence the practice of QE  may need to be retained which brings negative consequences for Scots.

The UK economy is headed for another financial crisis.

The banking system including, hedge fund investors, staff and management were not subjected to any formal police or public enquiry with result that it continued operating almost completely unaffected.

Bonus schemes were retained and in many cases expanded and London’s financial hub has enjoyed many years of good living at the expense of the Scottish taxpayer.

Adding insult to injury not long after the financial crisis, the UK loaned Ireland £20 billion, (at a knock-down rate of interest) proving that bailing out banks–like reinsurance–is a risk which is global in nature and shared between countries.

In a statement, seeking understanding of his decision to, “prop up” the Irish economy George Osborne, UK Chancellor said, “Ireland is our very closest economic neighbour and we must assist.” 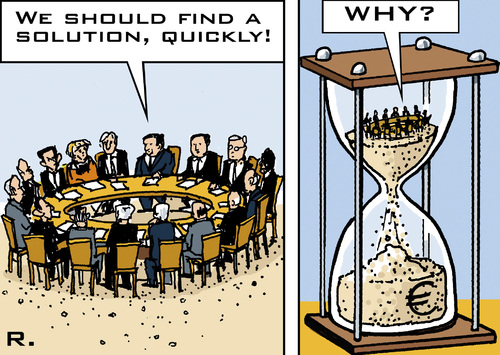 In the aftermath of the crisis, Bank of England officials claimed the UK Chancellor had botched the banking bailout and the Bank would never be able to recover all of the loans let alone match the performance of the US Federal Reserve which reported a $billions profit (out of the crisis). No austerity for the American public.

Sir Mervyn King, Governor of the Bank of England, said: “The sad truth is, in 2008, the idea of focusing efforts on recapitalizing the banking system was a UK idea. We got there first but, like many UK ideas, the Americans developed it much faster and much better.”

The US forced all major banks to take Federal Reserve money, purchasing substantial stakes at around “half their book value.”

The Bank of England, directed by Brown and Darling, acting against the bank governor’s advice, purchased similar financial stakes, but at “full book value.”

A Treasury source later said: “The Government judged that without a taxpayer injection the banks would have collapsed, with consequences for financial stability and people’s money, and it judged that was an unacceptable risk to take.”

But the Westminster government had bailed out banks with global operations and the former chairman of RBS, Sir Philip Hampton,(retd) in November 2012, in his evidence to the House of Lords reminded was very clear that bankers:

Had used many countries central banks as lenders of last resort for many operations in jurisdictions in which they operate.

This is a key part of what central banks do in the jurisdictions that they control.

Just because there might be an independent Scottish Government did not mean that all lender of last resort facilities would disappear. They would be continued.

This also works when a country has a banking and a fiscal union, as in the UK.

The Bank of England would provide “bank of last resort” support to Scotland, if needed.

But should difficulties arise with the foregoing arrangements the final fall-back position (assuming Scotland retained membership of the EU) would be for Scotland to seek assistance from their EU partners.

Requests simply require a majority vote in favour, but the decision is binding on all EU members.

Provision of financial support would not be breaking new ground since this is exactly what happened when Ireland, Spain, Portugal and Greece were extended “bank of last resort” backing from the EU and the Bank of England donated its £20 billion share.

In the last “face to face” with Alex Salmond, in the 2014 Independence Referendum campaign, Alistair Darling, accepted Scotland had every right to use sterling and this would not need the authority of the Bank of England.

The mendacious “mantra of fear” propaganda of “Better Together” that the Bank of England, would not provide a “lender of last resort” facility to Scotland was scurrilous myth.