Became the Member of Parliament (MP) for Dunfermline and West Fife in a by-election, in February 2006. Removed from office in the 2010 GE. 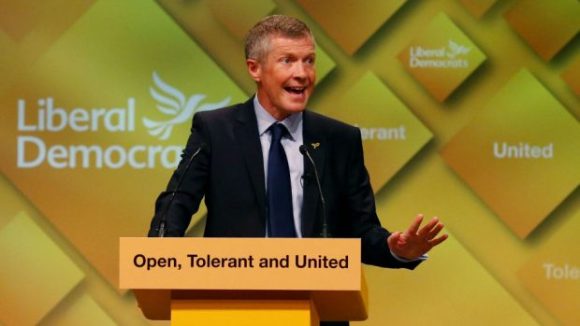 A Parliamentary sleaze probe is to be held investigating expense claims made by Lib/Dem, Willie Rennie MP, who paid his local party £14,000 for an office which had cost them half that to lease.

John Lyon, the parliamentary standards commissioner, agreed to MP’s calls for an investigation into the office rental arrangements of Rennie.

Last month, it emerged that Rennie and Lib Dem MSP, Jim Tolson had paid a total of £21K in rent to the local Lib Dem Party, having paid just £7K to lease the property.

Rennie denied channelling funds to his local party insisting the sums paid were justified since they also included £14K charges (an impossible sum) for telephone and electricity costs which, he said, made up the difference between the two amounts. (Highbeam)

The former Lib/Dem MP, who lost his Dunfermline and West Fife seat in the GE apologised for falsely claiming telephone, electricity and rental charges on his local office, premises shared with his local party and an MSP. He accepted the instruction of the parlamentary commissioner that he return nearly £3K.

Following investigation, House of Commons authorities discovered that Rennie, (who now works as a special adviser to the Scottish Secretary) had submitted unjustified claims for the upkeep of his office and equipment from the time of his election to office.

Political opponents said the findings were “deeply embarrassing” for the Lib/Dems accusing Rennie of illegally diverting treasury funds to his Party’s election campaign.

Thomas Docherty, the Labour MP who unseated Rennie in the 2010 general election, said “(Rennie, has been ordered to repay thousands of pounds of money and has had to apologise for the misuse of his expenses. He wrongly directed public funds towards the Lib/Dem election drive.”.

Mr Docherty also questioned the decision to subsequently appoint Rennie to such a high civil service role, adding “Now he has been rewarded with a job as a special adviser, a political appointee who has access to extensive government facilities, the Scottish Secretary must guarantee his new employee does not misuse public resources once again.” (Scotsman)

Comment: Rennie stands accused of using a scam widespread amongst Lib/Dem MPs, renting his constituency office from his local Lib/Dem constituency Party then transferring his campaign costs onto his parliamentary expenses.

It is an act very difficult to prove and Rennie was unlucky to get caught. It was his Campaign Team that had made canvassing telephone calls to Labour activists from a phone number paid for out of parliamentary funds, that was added to his official letterhead that did for him.

According to a report in the “Scottish Sunday Post” he was renting office space from his party meaning that the local Lib/Dem Party was his landlord and taxpayers’ money was being used for Lib/Dem Party campaigning.