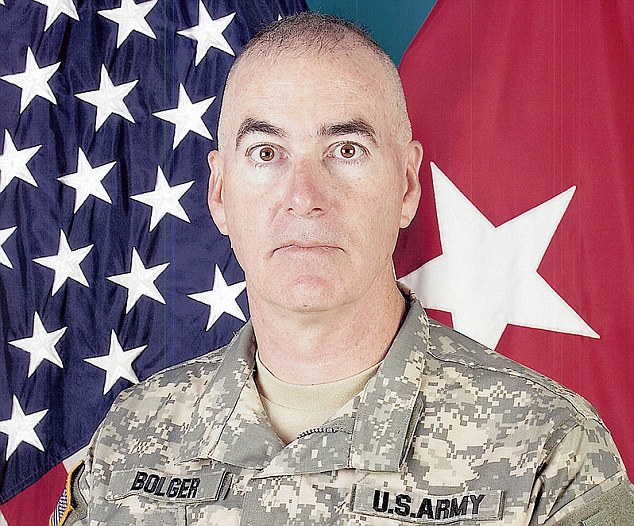 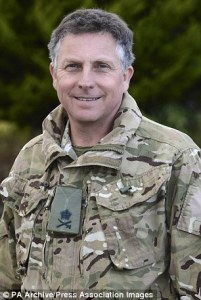 A U.S. General has blamed the head of the British Army for the death of troops in Afghanistan saying he refused to carry out air strikes when they were asked for.

He said that while other generals went to the front line with their men, Sir Nick made only brief helicopter trips to safe positions and instead turned down requests for aircraft and artillery from the safety of his “large, well-appointed command post.”

The American claimed his British counterpart was a “peppy, pushy fellow” and said: “He’s not the type of general I would put in charge of anything.”

The outspoken attack in his new book Why We Lost: A General’s Inside Account of the Iraq and Afghanistan Wars, highlights the tensions between senior U.S. and British officers over how to take on the Taliban.

Bolger served alongside Sir Nick at Nato headquarters in Kabul and became exasperated by his strict interpretation of the policy of “courageous restraint” which was meant to cut the number of civilian casualties.

Under the policy, Nato troops were forbidden from firing unless they were fired upon and could identify their attackers and were warned destroying a home or property “creates more insurgents”.

Bolger said: ‘In the First World War you had the chateau generals. Now we’ve got the digital chateau generals where they sit and get PowerPoint briefings and think that told them what the hell was going on.’

He claimed Sir Nick’s attitude was: “Oh, I don’t want to oversupervise my troops, I’ll give them all these rules to follow then let them sort it out on the ground”, but he added that “this is the same guy trying to direct where every single artillery round goes”.

In his book, Bolger refers to a 2010 report by former US colonel Harry Tunnell which claimed Sir Nick showed a “gross lack of concern for subordinates”.

He claimed Sir Nick gave a verbal order that any civilian casualties were unacceptable and “coalition soldiers may have to be killed rather than defend themselves”.

The criticism refers to the time when Sir Nick was the head of Nato’s Regional Command South in Afghanistan in 2009 and 2010.

A Ministry of Defence spokesman said “In any operation, UK troops always have the inherent right to self-defence and accusations that troops were put in unnecessary danger are nonsensical.” (The Mail) 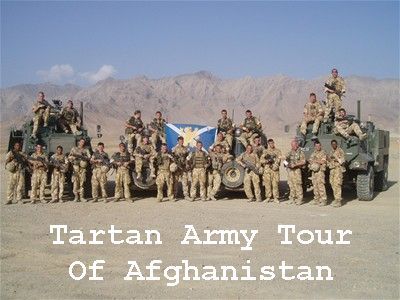 6 Jul 2010: British soldiers serving on the front line in Afghanistan have said that US Army ‘Courageous restraint’ rules on firing upon the Taliban are putting their lives at risk.

Soldiers in Helmand claim that the “courageous restraint” doctrine (aimed at reducing civilian casualties) introduced by the American commander, Gen Stanley McChrystal is forcing them to fight with “one hand tied behind our backs”.

However, with their own casualties mounting, soldiers say there is an urgent need for a change and for more flexibility in using lethal force to defend themselves.

A senior British Army Non-Commissioned Officer, on his third tour of Afghanistan, said:

“the rules of engagement have gone too far in favour of the insurgents. Our hands are tied the way we are asked to do courageous restraint. I agree with it to the extent that previously too many civilians were killed but we have got people shooting us and we are not allowed to shoot back.
Outrageous restraint is a lot easier to say than to implement.”

In guidance issued in August 2009 Gen McChrystal stated that “destroying a home or property jeopardises the livelihood of an entire family – and creates more insurgents” and that “large scale operations to kill or capture militants carry a significant risk of causing civilian casualties and collateral damage”.

A 21-year-old Royal Marine said the policy was making soldiers think twice before pulling the trigger  which endangers them. “A couple of times I’ve hesitated in shooting someone when I should have done. Some lads have put themselves in danger by allowing a possible suicide bomber too close.”

In one incident an insurgent fired single shots at a base for 15 minutes but was not taken out by a missile as after every shot he put down his rifle knowing he could not be hit if he was unarmed.

A junior officer commanding a small fort in Sangin said:

“It’s a major bugbear for the British Army, it affects us massively. Thank God we have the ANA (Afghan National Army) here because they have different rules of engagement to us and can smash the enemy. The policy has eroded confidence in opening fire to the point that officers have to remind the men that they are entitled to shoot.”

“We have our hands tied behind our backs when we want to take the enemy out of the equation. This was Gen McChrystal’s policy but he’s been sacked hasn’t he.” (The Telegraph) 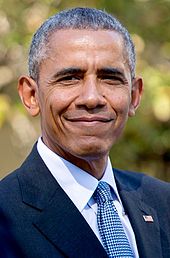 Politicians dictating the rules of engagement on the battlefield without an appreciation of the prevailing situation, is when soldiers lives are lost.

Political correctness too often, overrides the safety of soldiers lives and the situation is further exacerbated if and when military forces are not provided with weapons, hardware and logistic support essential to prosecute a situation.

Sadly this has been the case for the last 25-30 years failing to replace weapons systems and vehicles and, it is still happening. (Intrepid001) 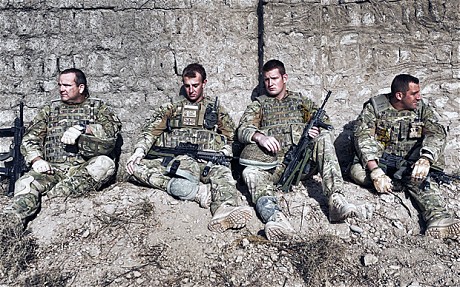