The Scottish Executive has spent almost £150 million on travel, hospitality and office costs in the 6 years since devolution.

The figures, show that nearly £34m has been spent by ministers, special advisers and civil servants on travel, and more than £3m on hospitality since 1999.

The cost of office accommodation including utility costs, rates, maintenance and repairs was more than £111m. 16.9.05 Evening News Edinburgh 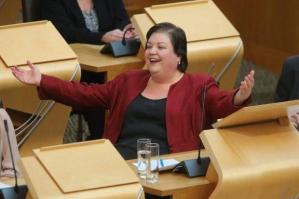 Figures obtained reveal that MSPs have claimed £500,000 in hotel expenses since devolution.

The amount MSPs spend on taxis has doubled since the first year of the Scottish Parliament figures reveal.

David McLetchie has resigned as the Scottish Conservative Party leader following the controversy over his taxi expenses.

McLetchie had been under pressure since February 2005 when details of his travel claims were requested under the FOI (Scotland) Act.

On 21 April, the Scottish Parliament provided copies of claims totalling £10,448 but blacked out many of the destinations, claiming Mr McLetchie’s safety would be compromised.

But on 7 October the Scottish Information Commissioner Kevin Dunion ordered the destinations to be disclosed.

It then emerged that Mr McLetchie had already paid refunded over £250 in travel claims for party political events.

He had also claimed for trips to the home of Lady Sian Biddulph, a Tory activist. 19.6.05 Scotland on Sunday 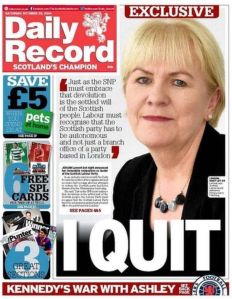 Invoices and receipts for all MSPs’ expenses claims will be published on the Internet in the future, George Reid, Holyrood’s Presiding Officer has announced.

Mr Reid said the current system of disclosing total figures annually was not adequate to meet the demands of the FOI (Scotland) Act.

The move to make expenses more open and accountable follows the resignation of the Scottish Conservative leader David McLetchie for using taxpayers’ money to fund taxi journeys for personal or party political business. 2.11.05 The Scotsman 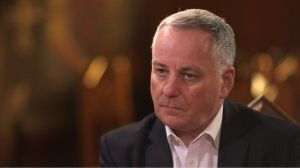 East Lothian Council spent £71,000 on taxis over the past financial year.

A spokesman for the council said that “not all councillors are drivers and…when public transport…(is) not available it is more economical and efficient to use taxis”. 13.6.05 Evening News Edinburgh

The cost of Lord Laird’s official taxi journeys whilst chairman of the Ulster-Scots Agency have been disclosed.

The peer defended some of his taxi use on personal security grounds, linked to his practice of wearing a kilt for functions.

“Am I going to turn up somewhere, get out of a car and walk half a mile to a function wearing a kilt? That would be drawing attention to me,” he said.

A Glasgow councillor who claimed expenses for lunches despite eating for free in the council’s canteen, has agreed to pay the money back.

Council records show that Gary Gray had lunch in a special City Chambers’ buffet on at least seven occasions when he also claimed a lunch allowance of £6.99.

The discrepancies were revealed when the Mr Gray’s expense forms were cross – referenced with records showing the number of times he had entertained visitors in the councillors’ buffet. 29.8.05 Evening Times Edinburgh

The scale of past cash control failings at the Ulster – Scots Agency has been revealed.

A 2001 internal audit concluded that the cross – border body had been spending “with no apparent regard to the fact that public monies are involved”.

It stated that government investigators were seriously concerned about a number of issues, including hospitality spending, credit card use and travel expenses.

The Agency was established in late 1999 to promote Ulster-Scots language and culture. 10.3.05 Belfast Telegraph

Expenses – The strange tale of the huge expenses bill, the pension application and the disappearing MSP

Invoices for travel expenses claimed by the former MSP Keith Raffan have been disclosed.

In December 2004 the Scottish Parliament revealed the Lib Dem MSP had claimed an incredible £41,154.64 in travel costs for one year.

The released invoices show that he claimed for travel in Scotland whilst on a two day break on the Isle of Man.

A Labour MSP charged taxpayers for travel to the Scottish Parliament on the same days that he earned hundreds of pounds in legal aid as a top QC.

Gordon Jackson billed the Parliament for travel from Glasgow to Edinburgh on nine occasions when he’d been in court.

On two of those occasions, Jackson who earns £264,000 a year in legal aid plus a £50,000 MSP’s salary is recorded as having missed parliamentary committee meetings.

On a third occasion, the parliament was not in session, although Jackson claims he went to his parliamentary office, which would entitle him to claims expenses. 24.4.05 Scotland on Sunday

Revealed: the MSPs’ houses we paid for

Ten ministers in the Scottish Executive are among more than 40 MSPs who claim an allowance to help pay the mortgage on their Edinburgh homes.

MSPs who live too far from Edinburgh to commute are entitled to claim an accommodation allowance of up to £10,600 a year which they can use to pay for hotels, rent flats or pay the interest on a mortgage.

The Scottish Parliament published, in response to public pressure a list of politicians who have bought property with the allowance.

A total of 41 current MSPs and 7 former MSPs have claimed for mortgages since the scheme started in 1999. 4.6.05 Evening News Edinburgh

Yes, minister, your lunch did cost £426. When Jack McConnell met Gavin McCrone and officials for dinner during his time as education minister in 2000, the Carlton Hotel in Edinburgh presented him with a bill for £426.60.

Meanwhile, the communities minister Margaret Curran last year lodged expenses for £285 for a meal at the Glasgow Hilton.

However, when the then First Minister, Henry McLeish, met Cardinal Thomas Winning, the then head of the Catholic Church in Scotland, for lunch at the Bonham Hotel in 2000, he registered expenses for a very reasonable £25.50.    30.3.05 The Scotsman