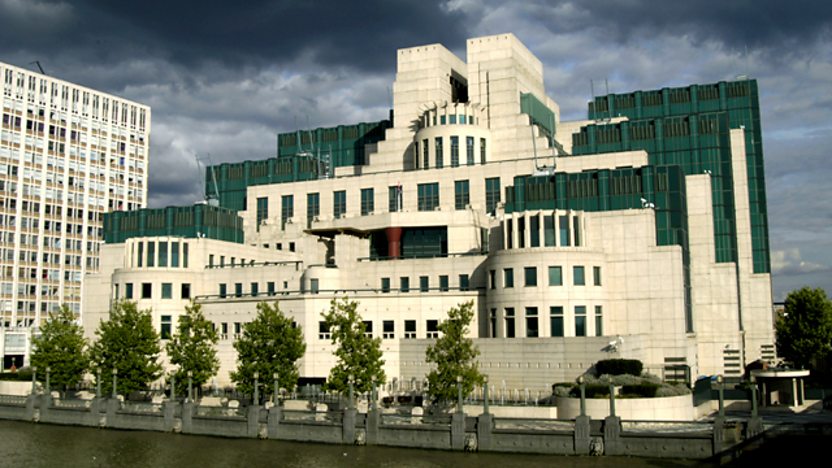 Created by the Tory Government on 12 May 2010, the (NSC) of the United Kingdom is an inner Cabinet Committee gifted with the authority to oversee all issues relating to national security, intelligence coordination, and defence strategy.

The Secretary to the National Security Council (NSC) and the Cabinet Office is the Government’s most senior adviser on strategy, policy and implementation and is responsible only to the Prime Minister and Cabinet for the propriety and effectiveness of government. As head of the UK Civil Service the secretary also leads over 400,000 civil servants in the UK Government and in the Devolved Administrations.

At a stroke the new systems of government increased the powers of the Prime Minister, who chairs the Council, and brought senior Cabinet ministers into national security policymaking, giving them access to the highest levels of intelligence.

From 1 April 2015, the council widened its authority through the creation of a Conflict, Stability and Security Fund, (CSSF) financed annually with a £1m annual budget.

Headquartered in Whitehall in the City of Westminster the intelligence agencies are at the heart of the national intelligence machinery. There are three Intelligence and Security Agencies, SIS, GCHQ and MI5 at its heart, with important work also carried out by Defence Intelligence and the Joint Terrorism Analysis Centre.

The (JIC), operates within the Cabinet Office and is responsible for assessments and intelligence briefings that look at both tactical and strategic issues of importance to national interests, primarily in the fields of security, defence and foreign affairs.

The Prime Minister is advised by the head of the NSC secretariat, the National Security Adviser, who is responsible for coordinating and delivering the government’s security agenda. 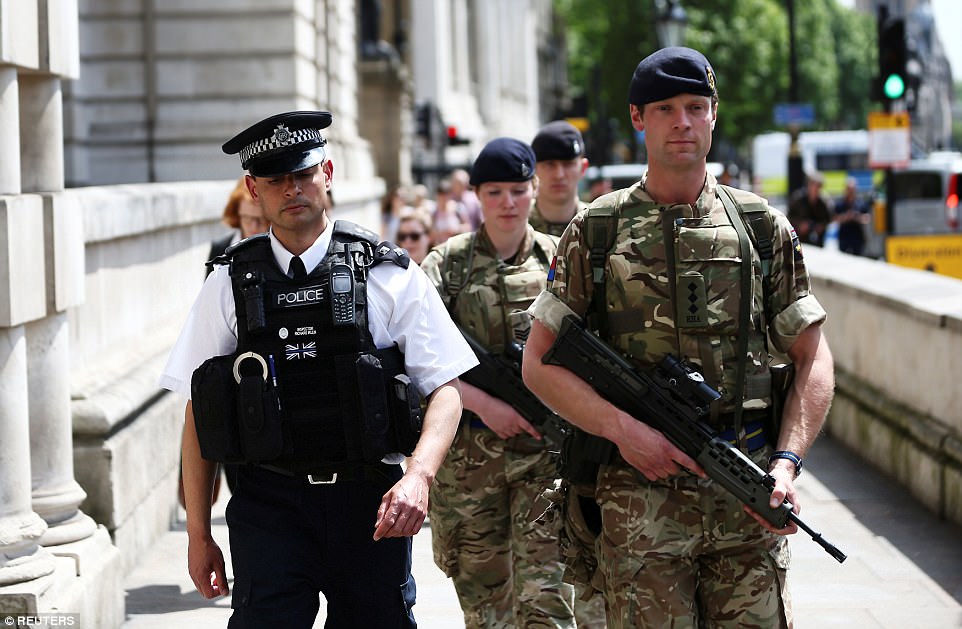 The Unit has at its disposal a 1,000-strong civilian force remitted to ensure greatly enhanced capacity for planning and rapid reaction including the deployment of military reservists in a civilian capacity and police deployment. The unit’s responsibilities were expanded in 2015, (post the Scottish Referendum) to include crisis response, conflict prevention and control.

Control of the unit was transferred to the (NSC) in 2016 and its management team, located in Whitehall is allocated £1bn annually. It is now a much enlarged and more powerful cross-government team tasked with ensuring all departments of government have unfettered access to specialist support and resources when dealing with some of the trickiest policy challenges. 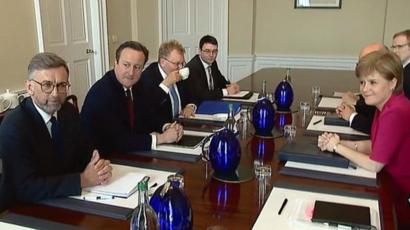 Dunlop on the left of picture

Never elected, yet a persistent thorn in the side of Scots for the 40 years he has been associated with the Conservative Party he was a special adviser to the Defence Secretary (1986–88) then a member of Thatcher’s Policy Unit (remember the Poll Tax) between (1988–1990).

The return to power of the Tory Party in 2010 sparked his interest in politics once again and he linked up with his friend and former colleague David Cameron, taking on his former role of special advisor, (2012 to 2015), with specific responsibility as the principal adviser on Scotland and devolution.

He was elevated to the House of Lords in 2015 allowing Cameron to take him into his government where he served as an unelected minister in the UK Government as Parliamentary Under-Secretary of State for Scotland and Northern Ireland, 2015-2017.

An avowed supporter of Boris Johnson he is reputed to be formulating and implementing Tory government policies for Scotland and in this respect, he revealed his thinking on the future of Scotland, in a speech he made in the course of a debate on the “possible effects of Brexit on the stability of the Union of the parts of the United Kingdom”. He said:

“Attention should be paid to the machinery of intergovernmental relations, which needs to be strengthened. We also need to look at the cross-UK synergies, weakened since devolution, which need to be reinvigorated.

We need to pursue a decentralised, pan-UK strategy for rebalancing the economy, driven by city regions across the country. This means moving away from seeing everything through a four-nation prism.

Many of the problems confronting Glasgow, for example, are similar to those of Manchester or Birmingham. They provide embryonic structures which can be built upon. There are two years until the next Holyrood elections. Strengthening our union must be an urgent priority whatever our post-Brexit future.”

Check this chappie out a very long but enlightening read: 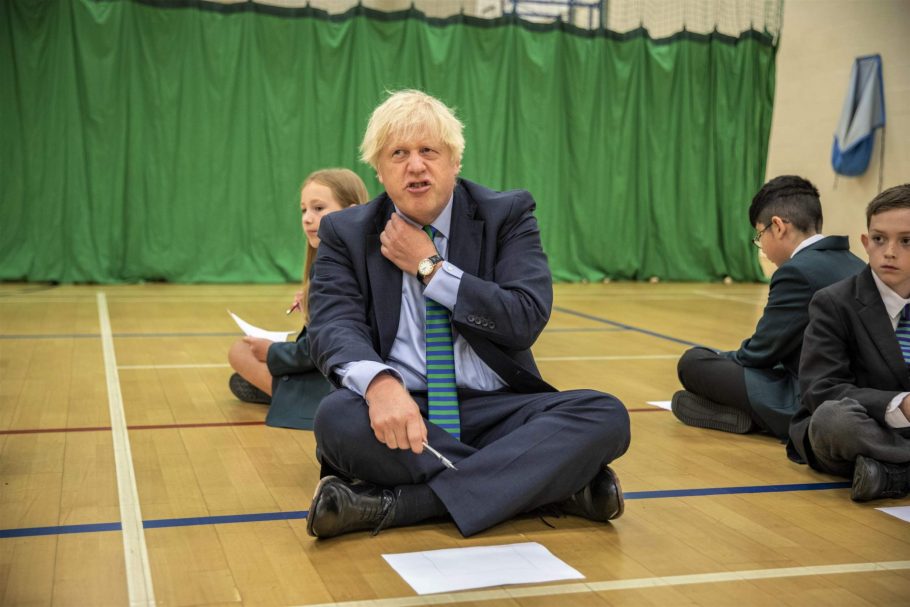 This then is the direction Boris Johnson is headed. So far as Scotland is concerned there will be no further independence referendums and devolution is to be rendered impotent being bypassed by UK government agencies working within but not responsible to the Scottish government.

The UK Stabilisation Unit is also closely monitoring Scottish politics, events and personalities and has resources available to deal with any disruption or attempts at destabilisation of the UK. 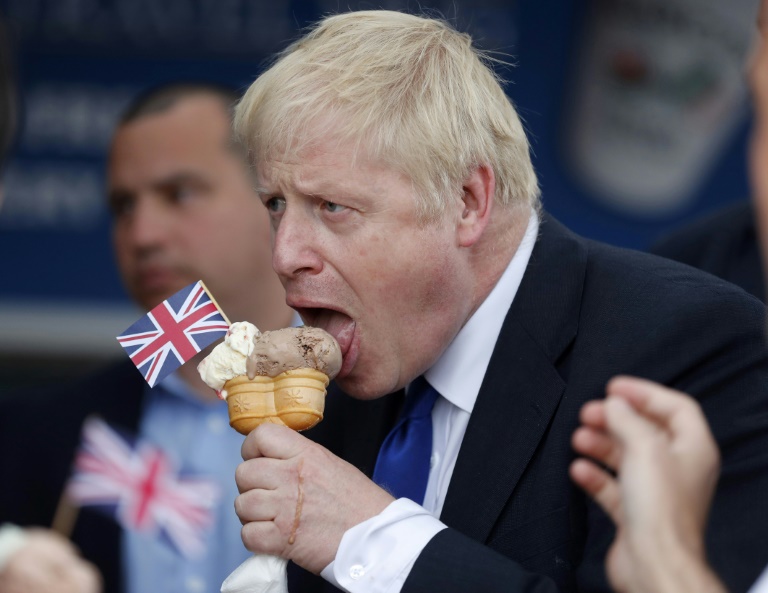 I believe this . I know there are advanced plans afoot to reduce the power of the Devolved Parliaments . This makes it even more crucial that we push for our Independence ASAP. The WM government will never freely allow Scotland to leave the U.K. so we have to be prepared.🏴󠁧󠁢󠁳󠁣󠁴󠁿🏴󠁧󠁢󠁳󠁣󠁴󠁿

Their planning is well advanced and includes many traps for the unwary. The Unionists have a 350 year history of oppresion and subterfuge and breaking free will be a challenge.

It goes without saying that the British security services will interfere in a future referendum in Scotland on independence, the establishment won’t want to lose a third of its land mass and all the assets that go with it. Their first line of attack must surely be the new Hub in Edinburgh which opened recently. Post the 31st of December I think the Hub will be used to weaken and syphon powers away from Holyrood beginning with the EU power grab.

and all of the interference has been funded in advance using moey siphoned off by Mundell over the last 3 years. Glasgow University also harbours an elite group of Unionist fifth columnistsis who are already actively interfereing in Scotlands governance.

Didn’t Kezia Dugdale take a post up in the Labour shibboleth with the Uni last year, aka The John Smith Centre, as for General Mola’s Fifth Column, there’s already three British nationalist parties at Holyrood working for a foreign governments interests.

It will be very interesting to see if these British nationalist branch offices at Holyrood fight for their own survival when the EU power grab begins, or will they like be turkeys voting for Christmas.

Ah yes!! The John Smith Centre headed by his wife head concho of the British Secret Services, greatly assisted by her daughter, she of the BBC and a number of arch Unionists including Ruth the Mooth soon to be Baroness “never enough”, and a number of other dubious characters.

Did Bonnie Prince Charlie repeal the Act of Union in 1745.

Very interesting I was unaware of Bonnie Prince Charlie's repeal of the Act of Union (aka the "Pretended Union"
) in 1745 on behalf of Scotland's rightful ruler, his father James VIII. More Scottish history hidden from Scots https://t.co/Fz12Ax10Az

I think he gave an undertaking the act would be repealed after regime change. But the defeat of the Highlanders at Culloden rendered the promise unachievable.

The highlanders were not just defeated at Culloden they were betrayed by Scots in the Central belt who refused to join the cause of provide support to their fellow countrymen. In the West this was mainly due to religious diffferences and in the East the Anglisisation of Scots had a negative impact.