“Entryism is a political strategy in which an organization or state encourages its members or supporters to join another, usually larger, the organization in an attempt to expand influence and expand their ideas and program. If the organization being “entered” is hostile to entrism, the entrists may engage in a degree of subterfuge and subversion to hide the fact that they are an organization in their own right.” (Wikipedia)

“Policy Exchange” was formed in 2002 by Michael Gove and others of the same ilk.

Its purpose was to “seek local, volunteer and free-market solutions to the public policy problem”.

It succeeded in its mission shifting Conservative Party thinking towards progressive policies through the creation of the “Big Society”.

And the UK public was sold on the big idea of a liberal society free of New Labours” centralizing control of anything that moved.

And who most espoused libertarianism? The ever happy go lucky Boris Johnson, journalist, and TV personality and Mayor of London, no less.

Not long after taking the office of Mayor, Johnson, appointed from “Policy Exchange” a number of untried free-thinking RCP individuals to key positions within his administration.

His successful campaign for office had been masterminded by Dan Ritterband, former director of “Policy Exchange”.

Immediately after taking office, Johnson appointed Nick Boles, the founder of “Policy Exchange”, to be his Chief of Staff.

Boles primary task was to find the right staff for the administration.

Of note is that under his editorship of “The Spectator” Boris routinely gave extensive print space to RCP writers and true to form his first senior appointments as London Mayor included Anthony Browne, “Policy Director” and Munira Mirza, (ex RCP) as “Cultural Adviser”. 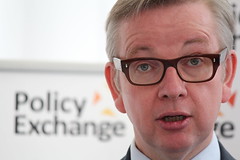