Established on 12 May 2010 by Prime Minister David Cameron, the (NSC) of the United Kingdom is a Cabinet Committee tasked with overseeing all issues related to national security, intelligence coordination, and defence strategy.

At a stroke it increased the power of the Prime Minister, who chairs the Council, and brought senior Cabinet ministers into national security policymaking, giving them access to the highest levels of intelligence.

From 1 April 2015, the council oversees a newly created Conflict, Stability and Security Fund, (CSSF) financed with more than £1 billion annually for tackling conflict and instability.

Mark Sedwill, (a very senior spook). Former Director General at the Foreign Office then Permanent Secretary at the Home Office was appointed by then PM, Mrs May (from a shortlist of one) in 2015, to the post of Cabinet Secretary, after the death of the previous office holder.

As Cabinet Secretary, he is the Government’s most senior adviser on strategy, policy and implementation.

He is Secretary to the Cabinet and the National Security Council, responsible only to the Prime Minister and Cabinet for the propriety and effectiveness of Cabinet governance.

As Head of the UK Civil Service, he leads over 400,000 civil servants in HM Government and the Devolved Administrations, over 90% of whom are involved in the delivery of public services to the citizens of the UK.

Headquartered in Whitehall, City of Westminster, London the intelligence agencies are at the heart of the national intelligence machinery 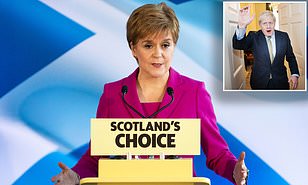 the (JIC), operates within the Cabinet Office and is responsible for assessments and intelligence briefings that look at both tactical and strategic issues of importance to national interests, primarily in the fields of security, defence and foreign affairs.

formed by the Labour government in 2003 it provided a 1,000-strong civilian force ensuring greatly increased capacity for planning and rapid reaction. Deployment of military reservists in a civilian capacity and police deployments was also in place.

The unit’s remit was expanded in 2015, to include crisis response and conflict prevention and control of it was transferred to the UK National Security Council. The unit, located in Whitehall is funded (£1 billion annually) by the Conflict, Stabilisation and Security Fund.

The quiet man of UK politics. He has been closely associated with the Conservative Party for most of his adult life. He was a special adviser to the Defence Secretary (1986 – 88) and a member of Margaret Thatcher’s Policy Unit (1988 – 1990).

The return to power of the Tory Party in 2010 sparked his interest in politics once again and he linked up with his friend and former colleague David Cameron, in his former role of special advisor, (2012 to 2015), with specific responsibility as the principal adviser on Scotland and devolution to the Prime Minister and Chancellor of the Exchequer.

He was elevated to the House of Lords in 2015 which allowed Cameron to take him into government where he served as a minister in the UK Government as Parliamentary Under-Secretary of State for Scotland and Northern Ireland between 2015 and 2017.

A supporter of Boris Johnson he is reputed to be formulating and implementing Tory government policies for Scotland. In this respect, he revealed his thinking in a speech he made in the course of a debate on the “possible effects of Brexit on the stability of the Union of the parts of the United Kingdom”. He said:

“Attention should be paid to the machinery of intergovernmental relations, which needs to be strengthened. We also need to look at the cross-UK synergies, weakened since devolution, which need to be reinvigorated. We need to pursue a decentralised, pan-UK strategy for rebalancing the economy, driven by city regions across the country. This means moving away from seeing everything through a four-nation prism. Many of the problems confronting Glasgow, for example, are similar to those of Manchester or Birmingham. They provide embryonic structures which can be built upon. There are two years until the next Holyrood elections. Strengthening our union must be an urgent priority whatever our post-Brexit future.”

This is the direction Boris Johnson is headed. So far as Scotland is concerned there will be no further independence referendums and devolution is to be rendered impotent being bypassed by UK government agencies working within Scotland but not responsible to the Scottish government.

The UK Stabilisation Unit is closely monitoring Scottish politics, events and personalities and has resources available to deal with any disruption or attempts at destabilisation of the UK. 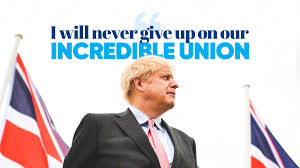 We can only hope that Boris Johnson does go ahead with this. Devolution has been a disaster for Scotland and the country is a stagnant depressing hole compared to what it was over 20 years ago.

If SCOTLAND has been a stagnant depressing hole, compared to 20 years ago, please give one instance………it seems the only rhetoric about my country is false rhetoric in my view……once instance please.