The wall of silence may not be able endure much longer.

Foreign Office minister Alan Duncan ordered an official investigation into the Institute, and Shadow Foreign Secretary Emily Thornberry, a target of the Initiative’s critical tweets, seized the issue with some gusto.

In a parliamentary debate December 12, she noted the “Integrity Initiative’s” use of “Twitter” as a tool for disseminating information had “not been a fringe activity”, but “an integral part of its applications for Foreign Office funding over the past two years”, a period in which it had been funded to the tune of £2.2 million by the British state. She went on to say:

“The budget for its agreed objectives of increasing reporting in the media and expanding the impact of its website and “Twitter” account amounted to £275,000 in this financial year.

In the list of key deliverables the Foreign Office promised in 2018, it stated explicitly that one of its instruments of delivery will be ‘600-plus “Twitter” followers, including influential players”.

2. “Does the funding agreement governing the integrity initiative make clear that its use of funds and its public statements must comply with Cabinet Office rules? “

3. “If the Government intend to renew that funding for the next financial year, what arrangements and agreements will be put in place to ensure that nothing of this sort ever happens again?”

Duncan, Minister of State for Europe and the Americas reported back to the Commons and said he had “established the facts” concerning the NGO and was “satisfied that our money does not go towards funding any kind of UK domestic activity.” Absolute twaddle!!!!

It is shocking that the disinformation activities of the “Integrity Initiative” have been barely mentioned, much less criticized, by the mainstream media and extremely troubling that after so long, it’s still not clear what the “Institute of Statecraft” actually is or does, and who or what funds and supports it.

With such vast sums flowing from the Treasury straight into its shadowy coffers, British citizens — and those of all countries in the organization’s cluster cross-hairs need to be told.

The BBC press service confirmed the authenticity of correspondence between a BBC journalist in London and a fellow correspondent covering the “Yellow Vest” demonstrations in Paris.

The London correspondent was seeking to know if Russia had something to do with the protests in the French capital.

In reply, the BBC correspondent explained that she had not seen any Russians at the protests.

Her colleague in London was not satisfied with the answer and conjectured live on air:

“Well, maybe some Russian businesses are capitalizing quite well on  the protests. Maybe, the protesters are eating cutlets en masse”.

Her colleague in Paris laughed in response.

The BBC journalist  in London further explained that she was “looking for various angles” since the broadcaster was “out for blood.”

Chris Hernon of the BBC is a Senior Fellow of the “Institute”: tasked with (Disinformation, Media & Technology) and is responsible for the digital development of the BBC media monitoring department.
Employed by the BBC his remit should be of interest to Scots since the corporation claims its news and current affairs content is impartial, but not where the UK is perceived to be under threat. A statement applicable to the desire of Scots to gain independence from Westminster.

Chatham House is a world-leading policy institute. Its mission:

“To help governments and societies build a sustainability secure, prosperous and just world.”

“A key part of its work is producing high quality, independent commentary from its extensive network of experts”

John Lough and James Sherr, (Fellows of  the “Institute of Statecraft”)  provided an example of its so called expert “independent” analysis. 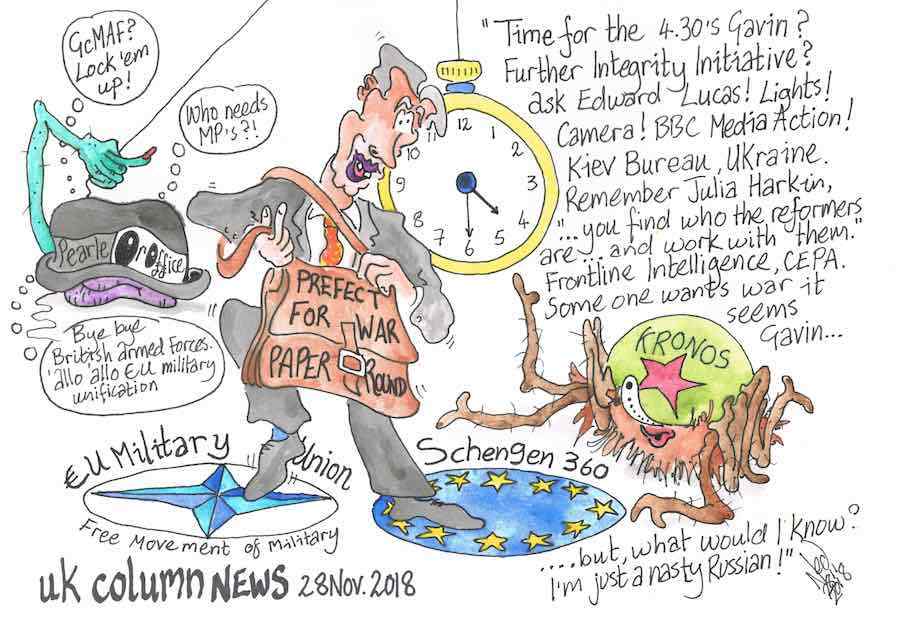 The “Institute For Statecraft” and Brexit

It is of concern that there are proposals in place suggesting that Chris Donnelly, the Director of the “Institute for Statecraft” should take charge of the Foreign Office.

The attached report: “The Challenge of Brexit to the UK: Case study – The Foreign and Commonwealth Office” is required reading:

18 Dec 2018:  Anonymous and the Third Leak – UK-government funded “Integrity Initiative” planned to infiltrate European media.
Required reading:
It’s been over a month since hackers began exposing the Scotland based ‘Integrity Initiative’ as a UK government funded propaganda outfit.
More details of the organization’s clandestine activities have been leaked by a group claiming to be associated with the Anonymous hackers.
Documents have been released in three batches, to date:
Batch 1. Revealed that the “Integrity Initiative” was stealthily operating “clusters” of influencers across Europe working to ensure pro-UK narratives dominated the media.
Batch 2. Showed that the organization was also running disinformation campaigns domestically, (specifically a smear campaign against Labour leader Jeremy Corbyn.)  All done under the guise of combatting “Russian propaganda.”
Batch 3. Exposes the make up and delivery of the overall project to be similar to “Operation Mockingbird”, ( a secretive 1950s project whereby the CIA worked hand-in-glove with willing journalists in major media outlets to ensure certain narratives were adhered to.)
But this time, it’s a UK-funded organization with deep links to the intelligence services and military passing itself off as a non-partisan “charity.”
(https://www.rt.com/news/446809-integrity-initiative-third-leak-uk/)

He is also on a retainer of £2,500 per month from the Integrity Initiative, in addition to payments for individual pieces of work.

For his attack on Scottish Nationalists Nimmo was therefore paid by the Atlantic Council (your taxes through NATO), by the Integrity Initiative (your taxes) and by the Herald (thankfully shortly going bankrupt).

Leask claims to have received nothing but a cheese sandwich from the Integrity Initiative, but has briefed them in detail on Scottish nationalism, attended their seminars, and they have included Leask’s output in their “outcomes” reports to the Foreign and Commonwealth Office.

I took apart Leask and Nimmo’s horrendous attack at the time, revealing among other things that one of Nimmo’s criteria for spotting a Russian bot or troll was use of the phrase cui bono.

His August 2016 invoice to The Institute for Statecraft, apparently the 71st invoice he had issued to various neo-con bodies that year, was for £5,000.

The contribution of David Leask

There is a very important aspect of the detailed minute of David Leask’s briefing for the Integrity Initiative, which CommonSpace cut out of the extracts which they published.

Leask says that the Integrity Initiative are “pushing at an open door” with the SNP leadership and the editors of The National, who he characterises as reliably anti-Russian and pro-NATO:

I am afraid Leask is not wrong. The continual willingness of the SNP leadership to endorse Britnat anti-Russian rhetoric without question is a nagging worry for many nationalists. 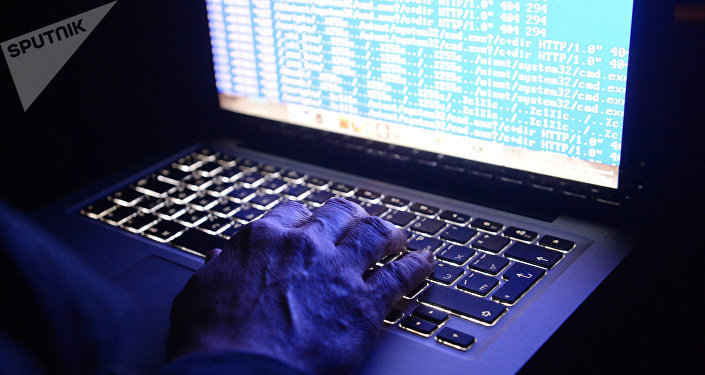 Exposing a sinister state-funded underhand influence network is a scoop.
Yet the real conspiracy is the blind eye turned by the Western establishment, which appears fine with subterfuge, as long as it doesn’t come from Russia.

From the start, the unmasking of the smugly Orwellian ‘Integrity Initiative’, progressed like a post-Assange spy thriller.

The first tranche of insider files is uploaded on November 5 to a niche Anonymous server.

There it lays broadly unnoticed for a fortnight among the anarchist tracts and hubristic threats to remake the world from behind a monitor.

But this leak is substantive, and once opened and disseminated – first through Twitter, then Russian media, then other alternative media sources – explosive.

Applications for funding from the UK Foreign & Commonwealth Office (FCO) promise to set up over a dozen undercover “clusters” of “competent, committed and well-connected individuals, ideally with a suitable institute affiliation” from Canada to Germany to Georgia that would be deployed in the service of specific anti-Russian “goals.” 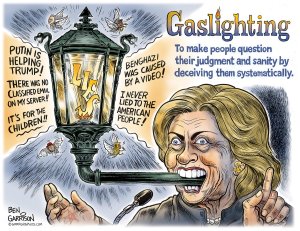