Churchill fervently believed in markets free of restrictive practices. However,his beliefs were at odds with the Tory Party and increasingly disillusioned he offered his support to the Liberals, on condition he would be selected to stand for a seat in Manchester, at that time the centre of free trade in Britain.

His overtures to the powerful Jewish community in Manchester were eagerly embraced and he was willingly indoctrinated in the Zionist philosophy, many years before the movement expanded into positions of political power and influence.

Nathan Laski a cotton merchant, a Manchester magistrate, and a leader of the Liberal Party was also the most prominent Jewish leader in England.

In 1904 he pledged his support for the bid of Churchill (then a Liberal) to become MP for North West Manchester where the electorate was one third Jewish. Churchill won the election, and Laski became a life-long friend. It was at one of Laski’s dinners that Churchill and Chaim Weizmann first met.

In parliament, appalled by the persecution of Jews in Tsarist Russia, Churchill battled against legislation designed to curtail Jewish immigration to Britain.

Shortly after, he wrote in a letter: “I recognize the supreme attraction to a scattered and persecuted people of a safe and settled home under the flag of tolerance and freedom.”

Weizmann was born in Belarus, then part of the Russian Empire, in 1874 and studied chemistry in Germany and Switzerland before lecturing in chemistry at the University of Geneva.

He emigrated to England in 1904, and six years later became a naturalized British citizen.  Churchill signed his papers.

He was a reader in biochemistry at the University of Manchester, UK, when the first world war broke out in 1914.

His discovery, in 1912, of a way of making acetone from the starch in cereal grains may well have saved his adopted country from defeat in the War against Germany.

In the early years of world war one, Britain faced a severe shortage of acetone, a solvent traditionally obtained by treating acetic acid obtained by the destructive distillation of wood.

It took about 100 tons of wood to produce just one ton of acetone.

The solvent was required in increasing quantities during the war for the manufacture of cordite, the propellant used by the British Army and Royal Navy to fire its artillery shells.

It also had other uses, not least for the manufacture of fire-resistant lacquers that were used to waterproof and stiffen the canvas wings of military and naval aircraft.

This placed an increased demand on wood, but there was a greater problem: before the war, Britain imported most of the acetone it needed from Germany and Austria, both of whom were on the opposing side.

The Weizmann process changed everything. Instead, it relied on the use of the bacterium Clostridium acetobutylicum (known as the Weizmann organism), to ferment maize, rice and other cereals.

The process yielded acetone, butanol and ethanol, and became known as ABE fermentation.

In 1915, Weizmann began work on the process for the British Admiralty and showed that it could potentially produce 12 tons of acetone from 100 tons of maize. (Chemistry World)

The Growth of Zionism and the Balfour Declaration

At the beginning of 1917 the War against Germany had reached a stalemate. The war in the Middle East, against the Ottoman Empire, an ally of Germany was being won and it was expected

Britain and France would be then be able to dismantle the regime and return democracy to a number of former States.

In Manchester he had formed a friendship with ardent Zionist supporters Simon Marks and Israel Sieff who were in the process of turning Marks & Spencer from a family business into a nationwide retail giant. Once asked to describe their growing movement they said:

“It is a fellowship of friends brought together by a common cause and sharing a common approach”, giving themselves the rather grandiose title of the “Manchester School of Zionism.”

Weizmann’s single purpose, as a Zionist, was the lobbying of influential Westminster politicians (including Lloyd George, Arthur Balfour, Winston Churchill, and Herbert Samuel) to recognize and support the aims and aspirations of the Jewish Zionists in return for their assistance.

His requests were well received by a British government badly in need of Jewish finance and US military support and he was asked to submit his proposals in writing, to the Foreign Office.

Weizmann, together with with Leopold Amery, British Zionist and Colonial Secretary of State for India and Louis Brandeis, US Zionist Leader and Supreme Court Justice compiled and tabled a draft declaration.

“His majesty’s government view with favour the establishment in Palestine of a national home for the Jewish people, and will use their best endeavours to facilitate the achievement of this

object, it being clearly understood that nothing will be done which may prejudice the civil and religious rights of existing non-Jewish communities in Palestine, or the rights and political status enjoyed by Jews in any other country.”

Foreign Secretary Balfour gained Cabinet approval and the declaration, as writ was circulated to eminent British Zionists formalizing British support for the establishment of a Jewish National Homeland in Palestine.

The following supported the declaration (with slight amendments):

The following did not support the draft and submitted major changes, some of which were included in the final declaration:

Emir Hussein was perplexed by the declaration and in 1918 the British government sent Commander Hogarth of the Arab Bureau to Cairo to assure him that the Jewish settlement of Palestine would be allowed only if it was compatible with the freedom of the existing population. He implored Hussein to accept the Zionists because, “the friendship of world Jewry to the Arab cause is equivalent to support in all states where Jews have political influence”. A joint Anglo-French proclamation promising Arab’s a government, “freely chosen by the population, gave Hussein the assurances he desired. 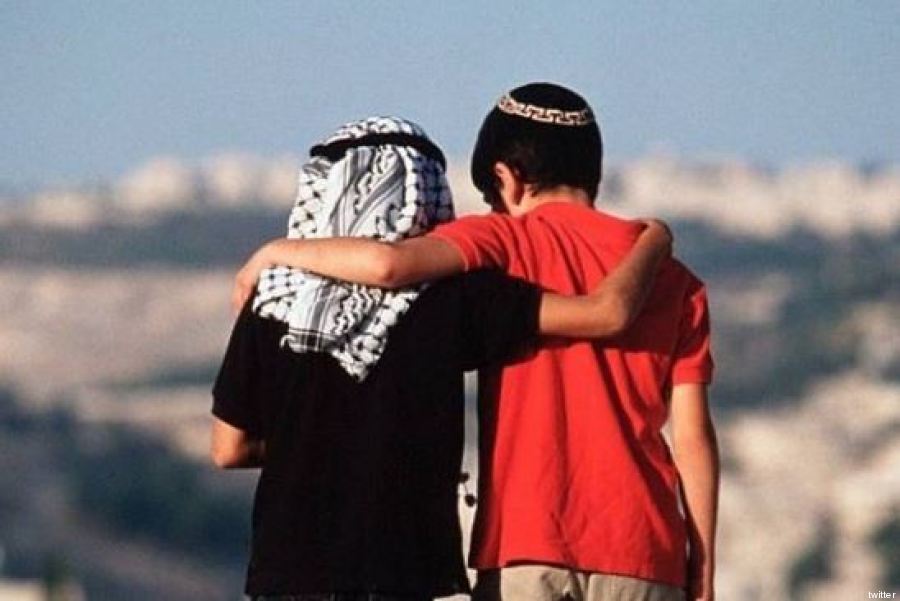 What was envisaged by King Faisal and Chaim Weizmann

Jerusalem was liberated from Turkish rule by General Allenby’s army on December 11 1917, when the last German troops left the city.

Accompanied by “Lawrence of Arabia”, Allenby walked through Jaffa Gate in a ceremony watched by rabbis, muftis, patriarchs, consuls and the Mayor of Jerusalem.

Lawrence called it “the supreme moment of the war, the one which for historical reasons made a greater appeal than anything on earth.”

The Zionists were seen by Britain as an engine for the revival of the Middle East. Western Palestine, in the McMahon-Hussein correspondence of 1915, had specifically been excluded from the Ottoman territories promised to the Hashemite Arabs.

In 1918, the Zionist Commission came to Palestine and Chaim Weizmann travelled over the desert with Lawrence to meet Emir Faisal, the Hashemite leader who started the Arab Revolt against the Ottoman Empire, near Aqaba.

Weizmann told Faisal that the Jews would develop the country under British protection.

Lawrence saw the Jews as “natural importers of Western leaven so necessary for countries in the Near East.”

Faisal “accepted the possibility of future Jewish claims to territory in Palestine.”

When the three men met later in London, Faisal agreed that Palestine could absorb “four to five million Jews without encroaching on the rights of the Arab peasantry.”

He approved a Jewish majority in Palestine provided he received the crown of Syria.

There followed a written document in Paris in January 1919, signed by Faisal and Weizmann, in which the Emir agreed to “the fullest guarantee for carrying into effect the British Government’s Declaration of the 2nd of November 1917″ and enforcing all necessary measures to “encourage and stimulate immigration of Jews into Palestine on a large scale.”

In a letter to the Zionists, Faisal wrote, “We Arabs, especially the educated among us, look with the deepest sympathy on the Zionist movement” and that, “we will do our best, in so far as we are concerned, to help them through: we will wish the Jews a most hearty welcome home.”

Faisal felt that “there exists room in Syria for us both and that neither can be a success without the other.”