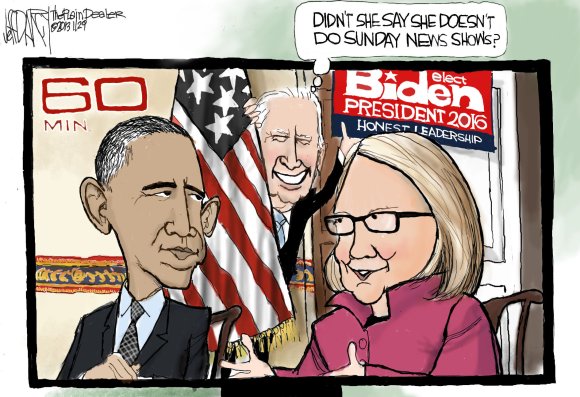 President Trump then declined to endorse the US intelligence community’s assessment that Russia interfered in the election.

Rebutting a number of  pointedly questionable  negative comments by a member of  the press corps he repeatedly referred to the initiating source of debacle with a request that the Democratic National Committee’s email server and Hillary Clinton’s missing emails be released so the content could be in the public domain.

So let me just say that we have two thoughts: You have groups that are wondering why the FBI never took the server. Why haven’t they taken the server? Why was the FBI told to leave the office of the Democratic National Committee? I’ve been wondering that. I’ve been asking that for months and months, and I’ve been tweeting it out and calling it out on social media. Where is the server? I want to know where is the server and what is the server saying? …I have President Putin, he just said it’s not Russia. I will say this: I don’t see any reason why it would be, but I really do want to see the server. But I have — I have confidence in both parties. I really believe that this will probably go on for a while, but I don’t think it can go on without finding out what happened to the server. What happened to the servers of the Pakistani gentleman that worked on the DNC? Where are those servers? They’re missing. Where are they? What happened to Hillary Clinton’s emails? 33,000 emails gone, just gone.

He described Russia’s involvement as “Significant Malicious Cyber-Enabled Activities” and sanctioned four Russian individuals and five Russian entities for what it said was election interference.

35 Russian diplomats were ordered to leave the country,  two Russian compounds were closed and a range of financial sanctions was put in place.

It later transpired that Obama had been briefed about Russian activity on Facebook during August 2016 but had rejected the rumours out-of-hand preferring to allow the election to proceed unhindered. Hilary Clinton,s campaign was going well and projections were that Trump would be soundly defeated. Trump’s success irked Obama and he set about “queering the pitch for Trump”

Nasty plotting against Trump in the Obama White House and in Washington, disgacefully supported by many of his own Republican Party Officials.
I have reproduced the facts so that observers will be able to decide for themselves the rights and wrongs of a situation which has prevented President Trump in his first year of office, from progressing policies beneficial to the US 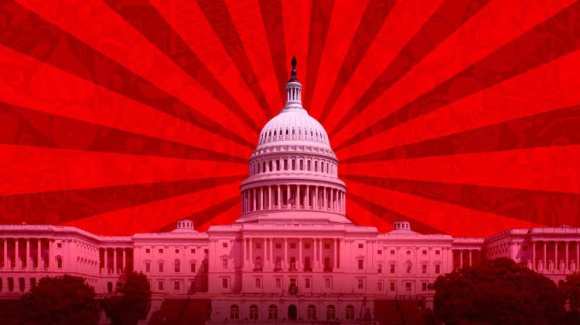 But two of the indicted entities, Concord Management and Concord Catering had been placed under sanctions in 2014 by President Obama’s Executive Order 13661, and without evidence the indictment against them is useless and of no consequence since it can never be served. 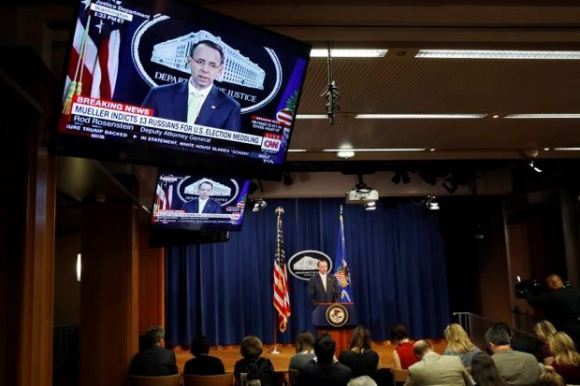 Expanding on the charges Mueller stated:

“From, in or around 2014, the defendants knowingly and intentionally conspired with each other (and with persons known and unknown to the Grand Jury) to defraud the United States by impairing, obstructing, and defeating the lawful functions of the government through fraud and deceit for the purpose of interfering with the U.S. political and electoral processes, including the presidential election of 2016.”

The indictments as framed break new ground since there are no statutes in US election campaign laws expressly forbidding anyone, foreign or domestic from creating Facebook posts and tweets supportive or otherwise of a candidate.

The prosecutorial overreach is without precedence and has negative implications for the First Amendment of the US constitution. 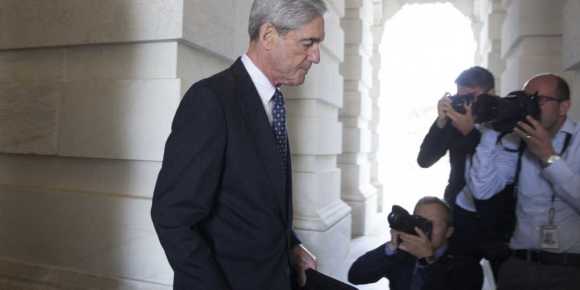 Legislation quoted by Mueller in support of the indictments

1. U.S.law bans foreign nationals from making certain expenditures or financial disbursements within the United States for the purposing of influencing federal elections.

2. U.S.law also bars agents of any foreign entity from engaging in political activities within the United States without first registering with the Attorney General.

3. U.S.law requires certain foreign nationals seeking entry to the United States to obtain a visa by providing truthful and accurate information to the government. 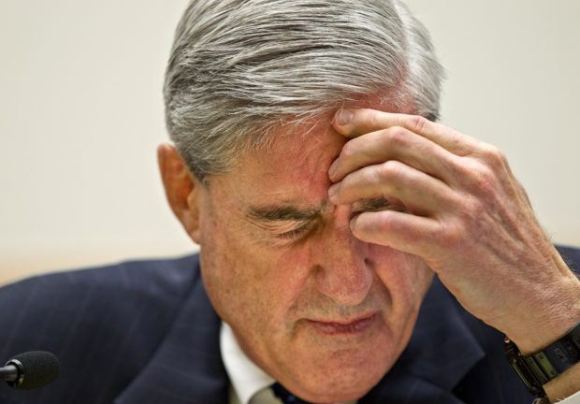 As at 4 Jun 2018 there have been no arrests associated with the indictment.

Despite extensive references to violations of the Foreign Agents Registration Act, (FARA) none of the charges brought against any of the persons or entities involves FARA.

The indictment reveals that preparation for the 2016 operation had been put in place by the FBI way back in 2013 and was well advanced by 2014.

The FBI confirmed that the group had pursued an “anyone but Hillary” strategy, throughout the period 2014-2016 denigrating other candidates such as Ted Cruz and Marco Rubio, whilst supporting a number of candidates including, Donald Trump, Bernie Sanders, and Jill Stein.

There is nothing in the indictment offering evidence to the effect that any U.S.citizen became aware of the accuseds’ identities, including members of the Trump campaign.

The indictment contains extensive email quotes from one of the indicted persons and a family member and between others and unnamed U.S. citizens revealing that all of the accused were aware they had been on the FBI radar and under surveillance for well over a year.

This begs the question. Why did the FBI sit on the information it had gathered on the Russians doing nothing until 2017 when they provided the report to Special Counsel Mueller? 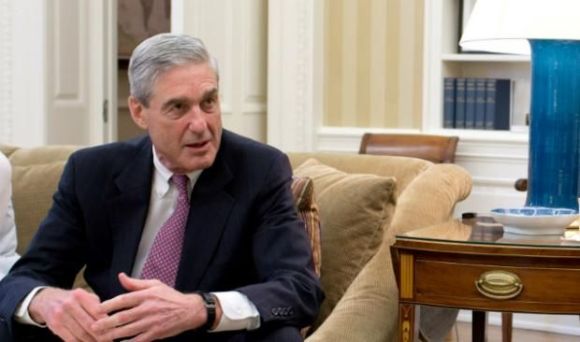 The Hillary Clinton presidential campaign was a model of impropriety?

The Clinton Campaign actively colluded with foreign nationals who reportedly swarmed all over US swing states at their invitation.

Accepting Mueller’s indictment is lawful it follows therefore it was a violation of the same U.S.law, for the Hillary Clinton campaign to specifically invite “at least 70 British leftist, Labour activists and trade unionists” to campaign for Clinton in Charlotte, North Carolina and other swing states in the 2016 presidential campaign.

“If you live in a swing state in the US, don’t be surprised if you encounter a volunteer with a British accent trying to convince you to vote for Hillary Clinton.

At least 70 British Labour activists have swarmed the city of Charlotte in North Carolina after answering the call, while officials from the British GMB trade union have also been out campaigning in Philadelphia and other volunteers from the UK are spread out across key swing states such as Ohio and Wisconsin.

Jen Thornton, who normally works in the office of Jo Stevens MP, the shadow secretary of state for Wales was just one of between 100-400 British volunteers who went to the US to campaign for Clinton against Trump.

She daid: “We’re all in Charlotte and it does feel like we’ve definitely increased their capacity. We’re all connected and have worked for “Stronger In” or for Labour MPs. Some are councillors.”

Kezia Dugdale herself travelled to the US on 2 occasions in the period of the Presidential campaign and boasted she had joined the campaign for the Democratic candidate on both occasions. She said: “I spent my time in the US “phone banking” for Hillary Clinton.

The Scottish Labour Party was also in turmoil during her absence in the US for a total period of five weeks since it was at a time of momentous political events, such as the resignation of David Cameron, the appointment of Theresa May and Owen Smith throwing his hat into the ring challenging Jeremy Corbyn for the Labour leadership contest which caused major divisions within the party.

She left the Party rudderless by refusing to delegate the running of the party in her absence to Alex Rowley, the Deputy Leader.

A Labour Party spokesman later defended her absence in the US assisting Hillary Clinton offering “Whilst in the US, Kez remained in constant contact with staff in Scotland. Modern technology is a wonderful thing.” 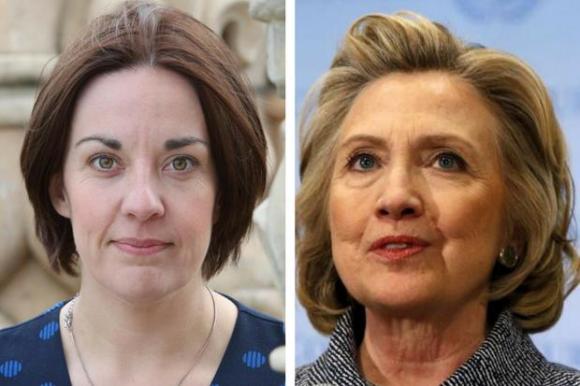 “The collusion is right in front of our eyes. Just because you hire a lawyer who hires a firm who hires a former British spy to make contacts with Russians — that means that you were colluding with the Russians.”

Which is to say, not only did the Clinton campaign collude with the Russians.  It also colluded with British Labour Party activists and Trade Unionists.

In the latter case boasting to the media that it had placed many foreign nationals in at least four swing states — North Carolina, Pennsylvania, Ohio and Wisconsin — to actively and openly campaign for Clinton against Trump. 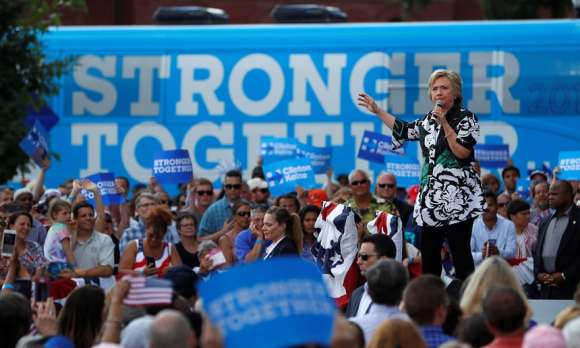 President Trump is now applying judicial pressure, with the support of Republican and Democratic senators requesting that the inquiry be brought to an end.

If successful in his efforts he will immediately set up another inquiry investigating the conduct of the Clintons, Obama and the FBI and their dealings with foreign nationals.

This might reveal interference in the Presidential campaign by the Tory government and the Labour Party placing at risk the much vaunted US-UK alliance. 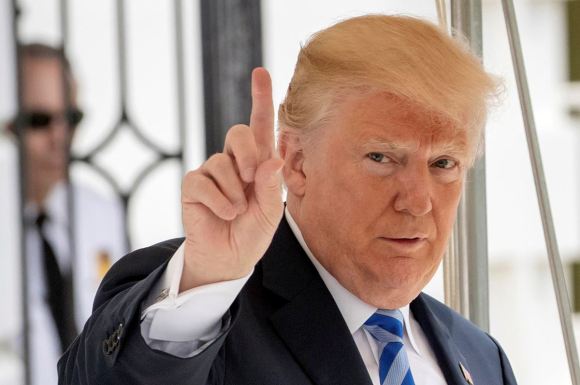 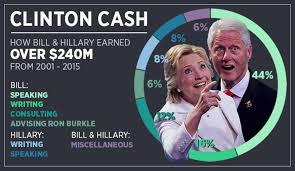 Well researched article, how muddy political manipulation gets. However I see no end the way the world is going, Corruption is good apparently, at least until exposed.