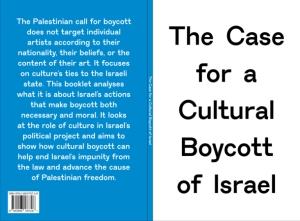 In yesterday’s General Debate on Israeli-Palestinian Peace Talks, Conservative MP Ross Thomson said that his visit to Israel and the West Bank last year with CFI provided him with “the greatest insight possible into the issues” after “being able to speak to people on the ground, on both sides of the conflict”.

He described Israel as “a country that celebrates diversity”, where “you will find churches, mosques and synagogues standing almost side by side, and see Jews, Muslims and Christians living alongside each other in peaceful coexistence”.

He added that Israel is “truly is a beacon of democracy and hope in a troubled region”.

The MP for Aberdeen South expressed his deep concern over Boycott, Divestment and Sanctions (BDS) protests in his constituency, where anti-Israel activists have tried to drive an Israeli cosmetics company out of business, displaying “poisonous and divisive banners stating: ‘Anti-Semitism is a crime, Anti-Zionism is a duty'”.

He joined Conservative parliamentarians in calling for the Home Secretary to proscribe Hezbollah in its entirety, stating that “Hezbollah cannot be forgiven for its criminal, terrorist, or militant pursuits simply because it engages in political or humanitarian ones”.

The Conservative MP outlined the main obstacles to the advancement of peace, which include “Hamas’s rearmament drive in Gaza and internal fighting between Hamas and Fatah”, but underlined that as we “proudly mark the centenary year of the Balfour Declaration, we are presented with a unique opportunity to renew the Middle East Peace Process”. 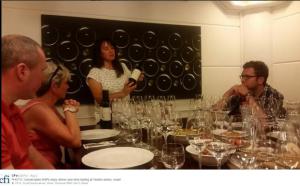 But, “he walks on water” Ross rarely gives voice in public, except to advance his own agenda, in this case protests by Aberdonian’s about trade links with Israel. His contribution to the debate distorts facts, to his benefit and his colleagues, pertaining to the Tory Party delegation working holiday to Israel. And I have added a correcting record of events below. 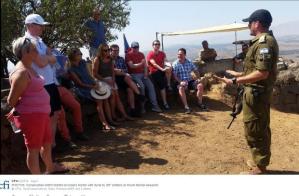 Tory MSP’s enjoy an all expenses paid trip to Israel

Data confirmed that the MSPs were each given £2,000 by the group, financed through Jewish sources, who support the maintaining of business, social and security connections between the UK and Israel in the political arena.

The financial gift fully funded the working holiday to Israel by the MSPs.

The director of the Scottish Conservatives, Mark McInnes 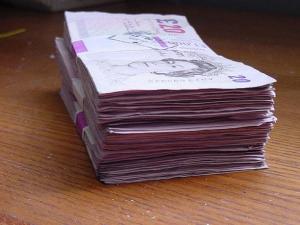 The UN, in 1981, issued a resolution saying that Israeli occupation of the Golan Heights was illegal.

The strategic ridge was captured by Israel from Syria during the 1967 Six Day War and formally annexed in 1981.

Since then, every year the UN passes a General Assembly resolution titled “The Occupied Syrian Golan” which reaffirms the illegality of the Israeli occupation and annexation.

A high-powered group of ten Scottish Tories visited an Israeli settlement in the occupied Golan Heights.

Called ‘Building Bridges with Israel’, the group was recently set up in a bid by the Tory Party to oppose anti-Semitism and offer an ‘alternative viewpoint’ to what it says is a pro-Palestinian stance that has been dominant since the Scottish Parliament’s inception in 1999.

Their spokesman said: “Israel doesn’t build any bridges, it demolishes homes, farms and is demolishing Palestine.”

They say the delegation did not contact Al-Marsad or other representatives of the Syrian community in the “occupied Syrian Golan” to get a “balanced view”.

And they say they have repeatedly failed to get an explanation for the visit to the territory or any condemnation of the illegal settlement.

Al-Marsad, described as an independent, not-for-profit international human rights organisation, said it was “highly concerned” that the visit sends the message that Scotland endorses the illegal activities of such settlements. 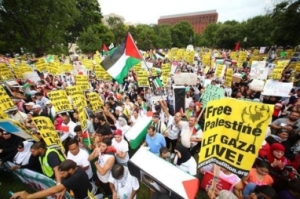 Response by Al-Marsad, the Arab Human Rights Centre in The Golan Heights

Dr Nizar Ayoub director, said “Given this lack of clarification, I am highly concerned that the Scottish pro-Israel lobby group (Scottish Conservative party) appears to condone the construction and expansion of Israeli settlements – illegal under international law – in the occupied Syrian Golan.”

He went on to say: “it is “highly concerning” if human rights issues, in particular, in the occupied territories should not be “not considered or trumped by business interests”.

I am highly concerned that the delegation has visited a winery in an illegal Israeli settlement without providing any explanation of the purpose of the visit.

In effect, this sends a message that the Scottish parliamentary pro-Israel lobby group (Scottish Conservative party) endorses the illegal activities of this settlement – built on land illegally appropriated from its original Syrian owners.

Even more worrying is the fact that the Scottish pro-Israel lobby group (Scottish Conservative party) has refused to answer questions about whether the delegation raised the broader issue of the expansion of illegal Israeli settlements in the occupied Syrian Golan during its visit.”

From Mr Lamont’s comments, it appears that he considers that the occupied Syrian Golan is part of Israel, which it is not.”

This would have ensured that the delegation obtained a more balanced view of the situation in the occupied Syrian Golan.”  (http://golan-marsad.org/) 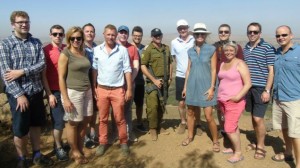