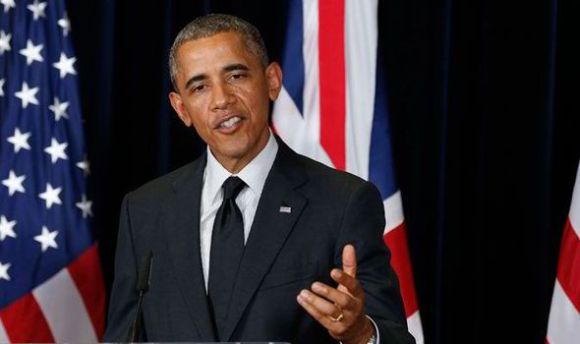 Obama, has been invited to speak to business leaders at a dinner in the Edinburgh International Conference Centre (EICC) on 26 May 2017.

Hosted by The Hunter Foundation, (set up by Sir Tom Hunter) profits from the event will go to the Obama Foundation and Scottish children’s charities. Tickets for a table of 10 are expected to be on sale for approximately £5,000.

Obama, when US President, was formally invited by Alex Salmond,  in 2009 to visit Scotland as part of the “homecoming” festivities  but declined saying he was too busy with other matters. The Obama Foundation fundraiser in Edinburgh will be his first ever visit to Scotland.

But he still felt able to give his unsolicited and unwelcome advice to Scot’s at the time of the 2014 Independence Referendum. And he has yet to reply to Duncan Forbes letter sent to President Obama shortly after his timely intervention supporting the “better together” campaign.

Obama is remembered as the worst ever US president. A well deserved accolade. And he is no friend of Scotland (or the UK).

Extracts from his speeches:

“Argentina has legal right to the Malvina Islands.

“Britain should remain in and further develop a Federal Europe.”

American companies are not at fault in the Gulf oil spill. I’ve got BP by the throat on this one”

The US State Department: “We need to make it clear. There’s nothing special about Britain. You’re just the same as the other 190 countries in the world. You shouldn’t expect special treatment”. 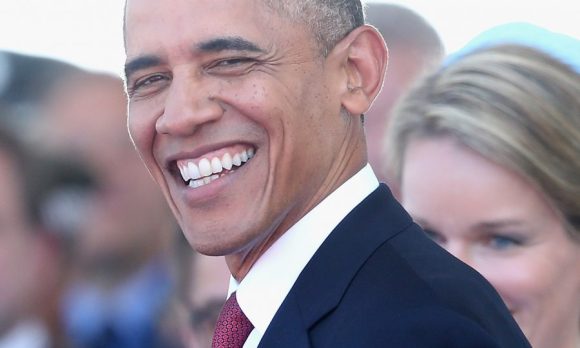 Britain works “pretty well” as a “united” nation, the US President said in major intervention in the debate over Scotland’s future.

He also stressed that it was in the interests of the United States that the UK remained a strong and effective ally.

The President’s statement marked the first time any world leader had asked Scots to reject secession.

Speaking at a joint press conference alongside Prime Minister Cameron at the G7 summit in Brussels Obama said:

“With respect to the future of the United Kingdom, obviously, ultimately this is up to the people of Great Britain. In the case of Scotland, there is a referendum process in place and it’s up to the people of Scotland. But I would to say the United Kingdom has been an extraordinary partner to us. From the outside at least, it looks like things have worked pretty well. We obviously have a deep interest in making sure one of the closest allies we will ever remains a strong, robust, united and effective partner.”

Mr Obama’s well rehearsed remarks, (thrashed out with Prime Minister Cameron and others well before the Brussels conference) infuriated supporters of the “Yes” Scotland campaign.

As soon as news of his comments started to spread, some Nationalists took to social media sites attacking US foreign policy.

Labour Shadow Foreign Secretary Douglas Alexander, who met with President Obama recently said: “His clear statement of support for the UK staying together will resonate with many of us here in Scotland.

As a global statesman President Obama understands that interdependence is a defining feature of our modern world, and that building bridges, not putting up new barriers, is the challenge of our generation.”

A Better Together spokesman said: “As President of the United States, Barack Obama knows more than anyone how important it is for people to work together. No doubt the nationalists will dismiss President Obama as scaremongering.”

Scottish Tory leader Ruth Davidson said: “President Obama has every right to explain to people how the break-up of Britain would affect our relationship with America.

He clearly recognises the strong and effective partnership his country has with the UK and our many shared achievements through the years.” She added ” people in other countries can’t understand why you would want to break up one of the strongest, wealthiest and most successful nations on the planet.”

But Mr Salmond borrowed the President’s famous election slogan to declare: “Yes we can” have independence.

He added: “As President Obama rightly observes, the decision on Scotland’s future is up to the people of Scotland.

We are deeply fortunate as a nation that we have the opportunity to gain our nation’s independence in such a profoundly democratic way, as Mr Obama himself previously acknowledged and not through conflict as has been the case with so many nations, including the United States itself.

An independent Scotland will mean that America has two great friends and allies here rather than one.” (The Express)

Diplomats of both countries expressed dismay that Obama should voice his personal opinion on the matter since the statement was a clear breech of diplomacy since official American policy was to remain strictly neutral over independence believing it was for the Scots to decide the future for themselves without interference from other nations.

Obama’s “spontaneous” statement in Brussels answering a BBC journalist’s planted question was subsequently exposed as a set-up and abuse of the intelligence of Scots.

BBC News followed up Obama’s statement only minutes after with a reporter filmed shadowing “better together” activists who were on the streets of Glasgow circulating professionally printed flyers with Obama’s presidential slogan “Hope” changed to “Nope”. Clearly a well planned and executed bit of propaganda assisted by the BBC

A Letter to President Obama following his ill advised comments about the referendum. Originally appeared in the Aberdeen Press & Journal.

I write this correspondence both in anger and disbelief. You allowed yourself to be duped by what has transpired to be a Westminster orchestrated BBC criminal partisan piece of bad journalism. It may even have made you an accessory.

If I or any other Scotsman had dared to suggest that we be allowed to interfere in any U.S. plebiscite, you would be justifiably angered and offended.

If I had suggested that I should be allowed to purchase another country lock stock and barrel for a court accepted £20,000 sterling, to be distributed amongst standing politicians or representatives so as to secure the parliamentary vote in my favour, your country, the community of nations and the U.N. would be up in arms, probably threatening military reprisals and sanctions etc.

Well Mr President that’s exactly what Lord Gillingham of Westminster did. He paid the Duke of Queensberry that odious figure and with the rate of exchange that became £240,000Scot’s.

Lord Archibald Campbell’s share being £1,100Scots and made Lord Chatham all the way down to Lord Banffshire’s derisory £11 and 2 shillings. All of which is illegal under Scot’s law and morally wrong under any court in the world.

Our national bard “Robert Burns” nailed it in verse several times “sic a parcel o rogues in a nation” and “chains and slavery”. When you divide the £20,000 sterling into the round figures 4.5millionScot’s it equates to two a penny “bought and sold for English gold”.

So you as a black man who has fought like your forefathers to be all you can be, striving for equal rights, race laws, equal opportunities, the million man march, a seat on the bus and finally the presidency are backing Westminster.

The institution that only made owning another man illegal in the sixties, that is fighting to keep the nation it bought for £20,000 sterling, with the shortest life expectancy in the British isles, the smallest average wage, highest cancer rates, the hardest working race and the greatest contributor per head to their coffers.

They cleared millions of us off our land and shipped them to the colonies (sound familiar) and only stopped this when the army needed highland troops that weren’t there.

A black man who made the presidency supporting the same principles of suppressing and controlling another race for personal gain?

Can you justify this to your electorate? You are going to have to Mr President.

So I ask you, is this what you want to be in bed with?

Will your wife and kids respect you more or less for this?

How many “Mac’s” on your countries boards?

How much corporate sponsorship will you possibly lose?

As a black man in power, how could you live with yourself?

You have fallen a great distance in my eyes, remember the audit trail and facts as you look in the mirror.

As you kiss your wife and kids good night,will they have the same pride in their eyes when they find out?

I am one of the “one hundred” mentioned on our “declaration of independence” and I defy anyone or anything to tell me to live under Westminster rule.

One reply on “Obama To Drop By Edinburgh For Dinner On 26 May 2017 – Will the Worst President in American History Get a Ticker Tape Welcome Like the Homecoming Son?”

At the Eicc on the 26th may protesters should let this creep know that he isn’t welcome in Scotland. Why doesn’t he have his dinner at Westminster or buck house. Where he’ll be assured of a warm welcome for his help.