Scotland’s more open economy – with indigenous control linked to a greater predominance of family firms, (as opposed to joint stock companies) offered limited opportunities for mergers, amalgamations and monopolies.
The Scottish business system still bore the signs of its origins in small family enterprises. Although the period from the 1890’s to the First World War involved numerous company amalgamations, the new combines differed only a little from their predecessors.

Amalgamations involved the fusion of independent family concerns into a holding structure in which there was little reorganisation at the technical or financial levels …Many dominant firms were either family firms, which had adopted the joint stock form concerns which had grown up on the basis of old family firms, or groups of family firms held together through a holding company. Only in the case of the railways and some newer firms in oil and electricity was the family principle not to be found. (Scott & Hughes: Anatomy of a Scottish Capital)

If wages did not match United Kingdom averages, they were rising faster than in the rest of Britain. And while Scotland’s social problems were immense (for example, one half of Scots lived in one or two roomed houses) there were signs of social improvement, such as in the fall in infant mortality rates between 1871 and 1911. The Scottish Infant Mortality rate was actually below that of England and Wales.

If there were symptoms of a deeper malaise affecting the industrial economy, as the severity of the 1906-1908 recession indicated, and if Scotland was both overdependent on a small group of stable industries and suffering because of a high level of capital exported abroad (in preference to reinvestment in the home economy), it was still possible for politicians to argue that Scotland’s economic difficulties were temporary and that the dominant trend was one of improvement. (The Search for Wealth and Stability, I Levitt), ( The Scottish Poor Law and Unemployment, T Snout).

These economic and social characteristics helped to determine political attitudes. Middle class support veered towards Conservatism after 1886 and working class voters became dependent on Liberalism, the Liberals were after all a party of all Scotland rural and industrial.

Their support owed little to their political organisation or the representativeness of their candidates (in 1910, of fifty-nine Liberal MP’s, twenty-five were lawyers, none were working men and many were Englishmen).

Rather the resilience of Liberalism owed more to the relevance of the Liberal philosophy, as demonstrated by the appeal of the social and economic views posted by Gladstone in his Midlothian speeches, as early as 1879. (The Scottish MP since 1910 : His background and performance, C Larner)

By the late nineteen twenties, Scotland was a very different kind of economy and society. First, Scotland’s economic base was contracting. The striking feature of the inter-war years, in contrast with the late nineteenth century was the persistently wide margin of unemployed resources.

“The main belt of severe unemployment and accompanying distress runs through the mining, steel and shipbuilding areas of Fife, Edinburgh, Stirling, Linlithgow, Lanark, Dumbarton, Renfrew and Ayr … It is difficult to pick out any industrial occupation as being principally affected by unemployment, almost all are in bad condition.”

The report suggested that those engaged in export trade and the means of export were worse off than those engaged in home trade, while only certain luxury services were remarkably vigorous. It added that an estimated 25,000 miners were in excess of capacity of the mines for for years to come. 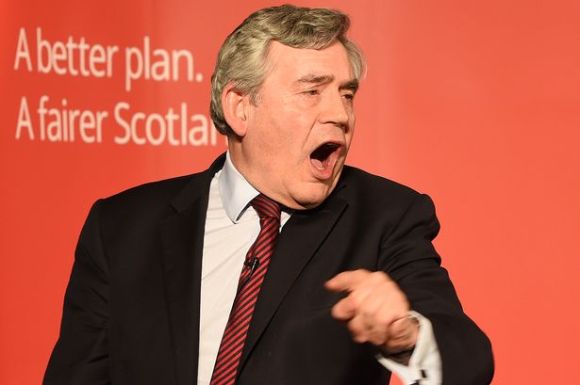 More than 400,000 Scots left the country during the nineteen twenties. It was a group that contained a disproportionate number of lower middle class and skilled manual workers. Throughout the period of the inter-war years unemployment was never less than 10%. And the numbers in metal industries and mining fell dramatically between the 1921 and 1931 censuses, by 23% and 18% respectively.

Scotland’s economy was becoming increasingly corporate in its organisation. Three trends stand out in the inter-war years, “economic concentration, anglicisation (Englishing) of control and the growth of government regulation”.

By 1923, mergers had brought three of Scotland’s seven banks into the hands of English banks. The vertical cartellisation of shipping, shipbuilding and steel production through company amalgamations resulted in Colville’s becoming a centre for steel, shipbuilding and shipping interests in the West of Scotland. This development was also closely associated with the rise of Lithgow in shipbuilding and together these firms became the pivot of Scottish heavy industry.

In whisky distillers, in brewing Scottish Brewers, and in textiles Jute industries, (with Coats and Linen Threads) became dominant, and the rail companies became part of London dominated cartels. Expansion of these companies tended to occur through the direct acquisition of other companies rather than through the older holder company form.

Monopolization in each of the major industrial sectors was producing the large corporations of the modern period.

Generally, the twenties saw little redistribution of income between rich and poor. What redistribution in wealth which did take place in the period was within the top fifth of the population and not from rich to poor. Scottish infant mortality was higher than in England and Wales. And it was outward mobility through emigration more so than upward mobility through education that did most to lessen the potential tensions in Scottish society.

Time pack the bin bags with whatever we can…we are leaving our cruel marriage ….don’t worry me n the kids will get on fine ….I have taken my last beating and it’s only when I have nothing left to give you I realise we were a big mistake. ..please don’t try to find me ,you must stand on your own 2 feet for a change. Goodbye my imperial master.

Where was this sound bite in 2014 when he the British PM his Deputy PM and some eejit called Milliband came up North in BLIND panic against the purdah rule after hearing from their agent provocateur Ruth Davidson that after ordering the breaching of postal ballot boxes to “determine”, the mood of the Scottish people she discovered that YES, had it and Scotland were on the verge of secession but what happened next was the greatest electoral fraud in British political history as evidenced by Sky news and others with the BBC in interview with the hapless Davidson. From breaching ballot boxes, videod images of volunteers placing YES votes in NO piles, one so called volunteer literally and criminally marking ballot papers either to dumb or to arrogant to care that he was being filmed but the most damning of all was the EU Monitors, they complained about the organisation, the size of the venue, the security of ballot papers and lack of policing so combined the British Government in cahoots with their sycophantic allies in Scotland perpetrated the most inept filmed fixing of an election in political history and BEGS the question, how deeply involved were the SNP who despite the evidence completely ignored them and inconceivably announced the result as fair and proper….aye in a pigs 🐷 ear David Cameron