Daniel Defoe was a key contributor to the Act of Union between England and Scotland in the 1700s and in fact worked as a spy for the then Chancellor of the Exchequer, Robert Harley.

Defoe was working in turbulent times; he strongly associated himself with Scotland, and he travelled in Catholic Europe and around Wales and Scotland.

Defoe had been raised in the Presbyterian movement, (Scotland did not persecute Presbyterians) making him a dissenter in the eyes of the English government; A Union, he felt, would help Scotland both financially and in terms of security. Protestant England would also benefit by the association as threats to its security from across the channel were frequent.

Defoe was asked by English spymaster Robert Harley to continue visiting Glasgow and Edinburgh, but to work as a secret agent of the Crown. Using his writing of ‘The History of the Union of Great Britain’ as a cover, he was instructed to use his time monitoring and noting public and private perceptions around the proposed Union, and to report back directly to King William, of whom he was a great supporter.

This was undoubtedly dangerous as the Union was hugely controversial, particularly in Scotland. And contemporary accounts show that Defoe’s own swagger, and the irresistibility of hinting at his important role in coffee houses, very nearly made his role short-lived.

More publicly he ghost-wrote speeches and wrote essays and pamphlets promoting the Union, one of which got him in to trouble as giving in to his satirical vein, he suggested furiously that non-conformists like himself should be killed. That earned him prosecution and the stocks.

Founded in 1985 by Reagan and Thatcher and Rupert Murdoch (to perpetuate the close relationship between the United States and Britain) the British-American Project for the Successor Generation (BAP) has a membership of “1200 leaders and opinion formers”, drawn equally from both countries.

It holds an annual conference to which journalists are not invited and at which everything said is, officially at least, not to be repeated to outsiders. It rarely features in the mainstream media – instead, it makes tantalisingly vague and fleeting appearances in those corners of the internet where conspiracy aficionados gather.

In real terms it is a “Trojan horse” for American foreign policy, primarily recruiting Britons of liberal or left-of-centre inclinations and political talent and connections when they are young, indoctrinating them with propaganda about the virtues of American capitalism and America’s role in the world, and then watching them approvingly as they steer British politics in an ever more pro-Washington direction. 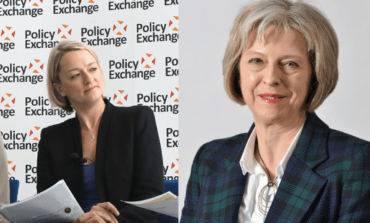 In the summer of 1997, a few weeks after New Labour won power, a striking article about the election appeared in a privately circulated newsletter. Under the cryptic headline Big Swing To BAP, the article began, “No less than four British-American Project fellows and one advisory board member have been appointed to ministerial posts in the new Labour government.”

The under-noted list provides a sample of the extent of the odious presence in British politics of persons whose loyalty is firmly placed with the US. In addition to politicians, the BBC and press are extensively represented. 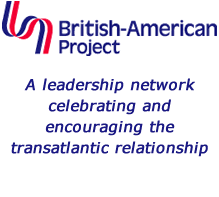 This document provides evidence confirming the extent of the political power wielded by members of the British American Project (BAP). Note the high profile of Laura Kuenssberg who has been selected for high office within the project. (Shades of  1707 and Daniel Defoe). No friend of Scotland methinks

Proposal: This report proposes that the City of London Corporation, in partnership with the British American Project, organises a high profile event on the EU-US relationship at a cost not exceeding £8,000 (including a contingency of £1,000) to be allocated from your Committee’s Policy Initiatives Fund 2010/11 and charged to City’s Cash.

Recommendation: Your Committee is recommended to agree that the City of London Corporation should organise this event on the EU-US relationship at a cost not exceeding £8,000 to be allocated from your Committee’s Policy Initiatives Fund 2010/11 and charged to City’s cash.

Background: The British American Project (BAP) exists to help maintain the long-standing relationship between Britain and the United States. BAP brings together young people who have achieved distinction in their field. Their annual four day conference chooses 20-24 from each side of the Atlantic, to debate issues of importance to both countries. Delegates come from a wide variety of backgrounds and include rising stars from the world of business, government, the voluntary sector, the media and the armed forces.

BAP has a very impressive list of alumni which includes the Leader of the Opposition Rt Hon Ed Miliband MP, the Executive Editor of the Economist Daniel Franklin and the Higher Education Minister Rt Hon David Willetts MP. As well as their annual conference BAP organise a number of high profile events during the year. Recent BAP events have featured the US Ambassador Louis B Susman, the Chief Political Correspondent of BBC News Laura Kuenssberg and Deputy Head of Communications (Digital) in No 10 Downing Street Rishi Saha.

In November 2008, the City of London Corporation organised a highly successful seminar, in partnership with BAP, on the implications of President Obama’s election for the global financial services industry (the approved budget being £9,000). The event was chaired by Jim Naughtie of the Today Programme and the panel discussion featured the Business editor of the Spectator Martin Vander Weyer and the Chief Foreign Affairs Columnist Gideon Rachman. The seminar and subsequent reception were attended by over 150 guests from the worlds of politics, business and media.

Proposal: It is proposed that the City of London, in association with BAP, organise another high profile event either in Guildhall or a Livery Hall to consider the EU-US relationship. The event will consist of a high level panel discussion before an invited audience followed by a reception. James Naughtie of the Today programme has already indicated he would be available to chair the discussion. The seminar would be followed by a reception. This report therefore proposes that the City of London organise this event at a cost not exceeding £8,000 (including a contingency of £1,000), with the funding to be allocated from your Committee’s 2010/11 Policy Initiatives Fund (categorised under the “Events” section of the Fund). This estimated cost is based on room hire and related costs (including a/v equipment) and hospitality costs for a reception for up to 150 guests.

Financial and Risk Implications: The option of the City Corporation providing support at a lower level has been considered and discounted because the BAP approached the City Corporation with a request that it acts as the sole funder and sponsor for the event and, given the relevance of the subject to the role of the City as the world’s leading international financial centre, this request is considered fully appropriate. There is no possibility of meeting the proposed financial support from existing local risk resources because this proposal entails, in common with other requests for funding events, research or related projects by think tanks and similar other non-profit organisations, a substantial one-off item of expenditure, for which no provision has been made in the Public Relations or other local risk budgets.

The current uncommitted balance available within your Committee’s Policy Initiatives Fund for 2010/11 amounts to some £271,000, prior to any allowance being made for any other proposals on today’s agenda.

Consultees: The Chamberlain and the Comptroller and City Solicitor have been consulted in the preparation of this report and their comments incorporated within it.

Conclusion: Organising a high profile event on the EU-US relationship accords well with the City of London’s core aims and fits in well with key elements of the community strategy. The event will also allow for high quality interaction with a number of the City of London’s key audiences including the City financial, political and media and the impressive BAP alumni list in particular.

For extensive new insight into this and other “arrangements” try reading 1666 by Robert Sepher – a few quid on kindle.

thank you. I’ll get a copy