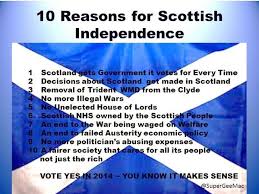 He started the rot by appointing Joe Haines, and since then both main UK parties have ceded policy to PR so-called ‘professionals’.their think tanks, which are lobbyists and pretend they are academic seekers after objective truth, and focus groups.

Political thinkers have been sidelined.

Foot was not a failure. He was winning till Thatcher started a war.
The Left is not unelectable. According to some, the SNP are far left, yet they aren’t doing so badly.
Blair was a failure. He lost 5m votes, though not to the Conservatives.

I don’t want stupid people, or authoritarians and their followers in government. I’d rather have thinking politicians from anywhere in a wide range of political backgrounds and experiences.

I agree with your assertions. I well remember wee Harold. He arrived in Edinburgh for a conference (in a big jaguar car. His secretary Marcia (I think that was her name)was tucked up nicely with him. I thought it was his wife.