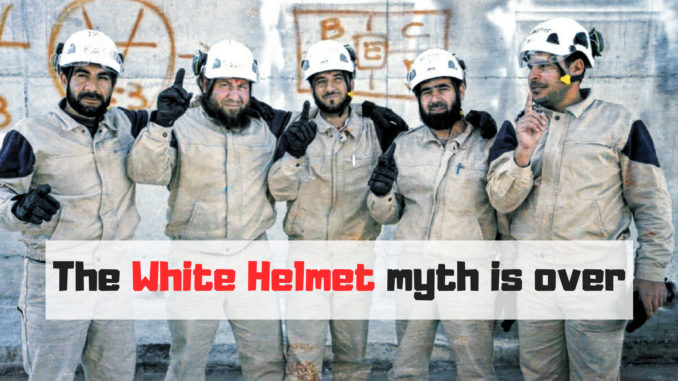 the organisation is funded through the UK Government’s £1bn Conflict, Stability and Security Fund (CSSF)

They are used as:

When it was noted that these are all detailed in the same 2016/17 report the WG links to, they did not raise issue with any of these other projects despite being from the same funding source.

There has been controversy regarding the CSSF, as details of some of the projects it funds are secret and even senior MPs are not told what they are. 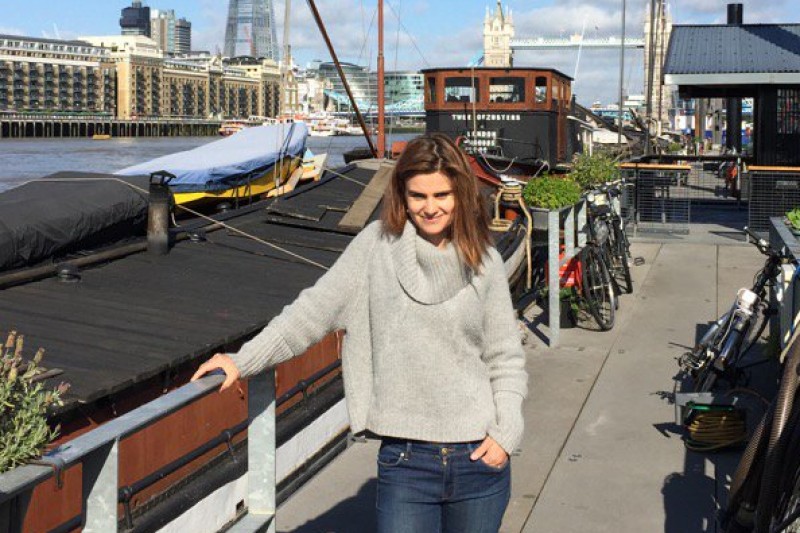 Wow – a million pounds has been raised in Jo’s honour in just three days thanks to you all. She would be so proud.

The scale and speed of the public response to this fund has been overwhelming and deeply gratifying to all of us. It shows how powerfully Jo’s story has moved so many.

A huge, huge thank you to every single one of you who has given so generously and been in touch with so many kind messages. As you can imagine it may take us some time to get back to you all but we are reading everything and extend our heartfelt thanks.

Heartfelt thanks again to each of you. We are truly showing the world that we have more in common than divides us.

we are raising funds to support causes closest to her heart, chosen by her family:

HOPE not hate, who seek to challenge and defeat the politics of hate and extremism within local communities across Britain.

The White Helmets: volunteer search and rescue workers in Syria. Unarmed and neutral, these heroes have saved more than 51,000 lives from under the rubble and bring hope to the region.  https://www.gofundme.com/jocox

Who are the White Helmets? This is a question that everyone should be asking themselves.

A hideous murder of a rising star in UK politics, Jo Cox, MP has just sent shock waves across the world. Within hours of her death, a special fund was established in her name to raise money for 3 causes. One of those causes is the Syrian White Helmets.

Are we seeing a cynical and obscene exploitation of Jo Cox’s murder to revive the flagging credibility of a US State Department & UK Foreign Office asset on the ground in Syria, created and sustained as first responders for the US and NATO Al Nusra/Al Qaeda forces?

UK defence minister Hammond with members of the white helmets.

If this is the case, and I fear it is, the depravity of our government, the US government, the state led media and associated Syria Campaign support groups have reached a new level of perversion of Humanity. The White Helmets have been demonstrated to be a primarily US and NATO funded organisation embedded in Al Nusra and ISIS held areas exclusively.

This is an alleged “non-governmental” organisation, the definition of an NGO, that thus far has received funding from at least three major NATO governments, including $23 million from the US Government and $29 million (£19.7 million) from the UK Government, $4.5 million (€4 million) from the Dutch Government. In addition, it receives material assistance and training funded and run by a variety of other EU Nations.

A request has been put into the EU Secretary General to provide all correspondence relating to the funding and training of the White Helmets. By law this information must be made transparent and available to the public.

There has been a concerted campaign by a range of investigative journalists to expose the true roots of these Syria Civil Defence operatives, known as the White Helmets.  The most damning statement, however, did not come from us, but from their funders and backers in the US State Department who attempted to explain the US deportation of the prominent White Helmet leader, Raed Saleh, from Dulles airport on the 18th April 2016.

“It was unclear whether Mr. Saleh’s name might have shown up on a database, fed by a variety of intelligence and security agencies and intended to guard against the prospect of terrorism suspects slipping into the country.” ~ New York Times

“And any individual – again, I’m broadening my language here for specific reasons, but any individual in any group suspected of ties or relations with extremist groups or that we had believed to be a security threat to the United States, we would act accordingly. But that does not, by extension, mean we condemn or would cut off ties to the group for which that individual works for.” 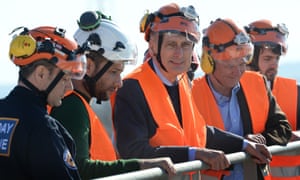 UK defence minister Hammond with members of the white helmets

The White Helmets are perhaps being demonstrated to be the most crucial component of the US and NATO shadow state building inside Syria.  Led by the US and UK this group is essential to the propaganda stream that facilitates the continued media and political campaign against the elected Syrian government and permits the US and NATO to justify their regime of crippling economic and humanitarian sanctions against the Syrian people.

If this latest mechanised ‘NGO’ blueprint is successful then we could see it being re-deployed as key to future neo-colonialist projects. The White Helmets are a direct intra-venus line into the terrorist enclaves within Syria, acting as a conduit for information, equipment and medical support to maintain the US NATO forces.

Is this the future of warfare, is this the “swarming” outlined in a 2000 report produced by the RAND Corporation and entitled: Swarming and the Future of Conflict.

“The emergence of a military doctrine based on swarming pods and clusters requires that defense policymakers develop new approaches to connectivity and control and achieve a new balance between the two. Far more than traditional approaches to battle, swarming clearly depends upon robust information flows. Securing these flows, therefore, can be seen as a necessary condition for successful swarming.”

Is this why we are seeing what is, in effect, crowd funding for  proxy war? Do we really want to look back and be “judged by history” for enabling conflict and state terrorism, violating international law and invading sovereign nations.  Are we prepared to accept the consequences of such actions, consequences that should be taken by our governments alone but are now being diffused outwards to the general public.  Is this an attempt by our government to disassociate themselves from their criminal actions?

To condense our research on the Syria White Helmets, we have collated all relevant articles and interviews below.  We condemn wholeheartedly any senseless murder but we recommend that there is serious public and political re-evauluation of the morality of funding a US NATO organisation established to further “regime change” objectives in Syria.

Mass murder is being committed across Syria and the region by US and NATO proxy terrorist militants. Funding the White Helmets will serve to prolong the suffering and bloodshed of the Syrian people.

Hands Off Syria: The Syria White Helmets Exposed as US UK Agents Embedded with Al Nusra and ISIS

“Speaking to Mnar Muhawesh on ‘Behind the Headline,’ investigative journalist Vanessa Beeley pulls back the curtain on the anti-Assad ‘freedom fighters’ and ‘moderate rebels,’ revealing a carefully calibrated propaganda campaign to drive US intervention in the war-torn country.” Watch:

Video made by Hands Off Syria in Sydney Australia based upon the research of Vanessa Beeley on the White Helmets. Watch:

“White Helmets primary function is propaganda” reported an independent journalist, who tied the group to George Soros and the controversial advocacy group Avaaz.”

Change.org Petition: Do NOT give 2016 Nobel Peace Prize to Syria White Helmets

This petition has currently garnered 1370 signatures. The White Helmets have received over $ 40 million in funding from the US Government [USAID] and the UK Foreign Office despite their claims of being “fiercely independent and accepts no money from governments, corporations or anyone directly involved in the Syrian conflict.”

“One of the largest humanitarian organizations operating in war-torn Syria – the White Helmets – has been accused of being an anti-government propaganda arm that encourages direct foreign intervention.”

This piece examines the role of the Syria Civil Defence aka,’The White Helmets’ currently operating in Syria and take a closer look at their financial sources and mainstream media partners in order to better determine if they are indeed “neutral” as media moguls proclaim these “humanitarians” to be.

The NGO hydra has no more powerful or influential serpentine head in Syria than the Syria Civil Defence aka The White Helmets who, according to their leader and creator, James Le Mesurier, hold greater sway than even ISIS or Al Nusra confabs over the Syrian communities. This article explores the White Helmet involvement in terrorist executions of civilians particularly in Aleppo.

“The White Helmets in their haste to point the finger of blame at Moscow, managed to tweet about Russia’s air strikes several hours before the Russian Parliament actually authorized the use of the Air Force in Syria.” ~ Sott.net

“Mike Robinson speaks to Vanessa Beeley about the so-called NGO, the White Helmets. Are they really the humanitarian first responder organisation they claim to be?” Watch:

This page will continue to expand as more so-called “Human Rights” groups are outed for propagating anti-Syria war rhetoric and false allegations against the Syrian government and Syrian Arab Army.  As it is, the list of players is quite extensive.  Below, I’ll list the known HR front people and groups (many, if not most, with links to the US State Department and criminals like George Soros).

We have demonstrated that the White Helmets are an integral part of the propaganda vanguard that ensures obscurantism of fact and propagation of Human Rights fiction that elicits the well-intentioned and self righteous response from a very cleverly duped public. A priority for these NGOs is to keep pushing the No Fly Zone scenario which has already been seen to have disastrous implications for innocent civilians in Libya, for example.

We will add to the above articles and interviews as they become available.  Vanessa Beeley has just completed a speaking tour of the UK and Iran during which she highlighted the role of the NGO complex in general and the White Helmets in particular as a new breed of predatory humanitarianism being unleashed against target nations. Videos of her talks will be published as soon as they become available from the AV7 conference and Frome Stop War.

Author Vanessa Beeley is a contributor to 21WIRE, and since 2011, she has spent most of her time in the Middle East reporting on events there – as a independent researcher, writer, photographer and peace activist. She is also a member of the Steering Committee of the Syria Solidarity Movement, and a volunteer with the Global Campaign to Return to Palestine. See more of her work at her blog The Wall Will Fall.