The heavily criticised “fear” campaign was delivered by, (supposedly politically neutral) Civil Servants under the leadership of Sir Jeremy Heywood, his mate McPherson in the Treasury and other senior officers, through the offices of David Cameron.

Cameron widened his assault when, less than 2 weeks before the referendum he recruited many of the UK’s larger retailers to the cause of “Better together”. But the “Aldi” and “Lidl” supermarket chains held out against Cameron’s political machinations, stating that their commitment to Scotland would remain unchanged regardless of the outcome of the referendum.

An article in a German retail blog gave warning that the actions of the Westminster controlled retailers might backfire on them since history showed that Scots did not take kindly to blackmail or threats.

The author of the article (an englishman) was perceptive. In the 18 months since the referendum returned a “no” outcome just about all of the Westminster retailers have seen a huge decrease in their sales in Scotland.  Conversely “Aldi and Lidl” sales have markedly increased.  A sweet return for loyalty to Scotland.

As Thursday’s hotly contended referendum on Scottish independence draws ever closer, German discounters active throughout the UK look set to profit whatever the outcome. At first blush, this may sound counter-intuitive for nothing will change if the Scots vote No to independence and Aldi and Lidl would retain their status as foreign investors in the event of a “Yes Scotland” decision.

But both no-frills retailers could gain a number of brownie points with Scottish consumers after the referendum, if they continue to play their cards right. Wisely Aldi and Lidl, have kept out of the debate. Both have been content to let fools rush in where angels fear to tread. These do not only include David Beckham or Mick Jagger, who have little or nothing to do with Scotland, but also most of the big retail multiples from south of the border.

The bosses of Marks & Spencer and Kingfisher have written that their distribution costs would rise in an independent Scotland − claims that have been echoed in the press by the CEOs of Asda and Morrisons. Despite tartan counter claims that any rises would be compensated by a reduction in corporation tax, such statements imply that an independent Scotland would represent a less attractive investment proposition for business and that prices would increase for local consumers. Also Tesco Bank issued a news release last Thursday stating that “our contingency plans include the creation of a new registered company, domiciled in England” but that there would be no “immediate impact” on jobs in Scotland. All this could easily backfire for a number of reasons.

Any price hikes would play into the hands of Aldi and Lidl who have thoroughly enjoyed chipping market share away from the big multiples over the last few years. The canny Scots would simply flock to the discounters in droves.

As with all Celtic nations, memories run deep in Scotland. Therefore, even in the event of a No vote, Tesco and other multiples based in England could be remembered as partisan by around half of all Scots voters and seen as more “foreign” than Aldi or Lidl.

Both, presumably, are completely indifferent as to whether their tills ring in English pounds, Scottish pounds or euros north of the Tweed, and will be happy to continue sourcing local quality products from salmon to whisky. Small wonder then that Richard Holloway, Aldi’s MD for Scotland, says: “Our commitment to the country will remain unchanged.” 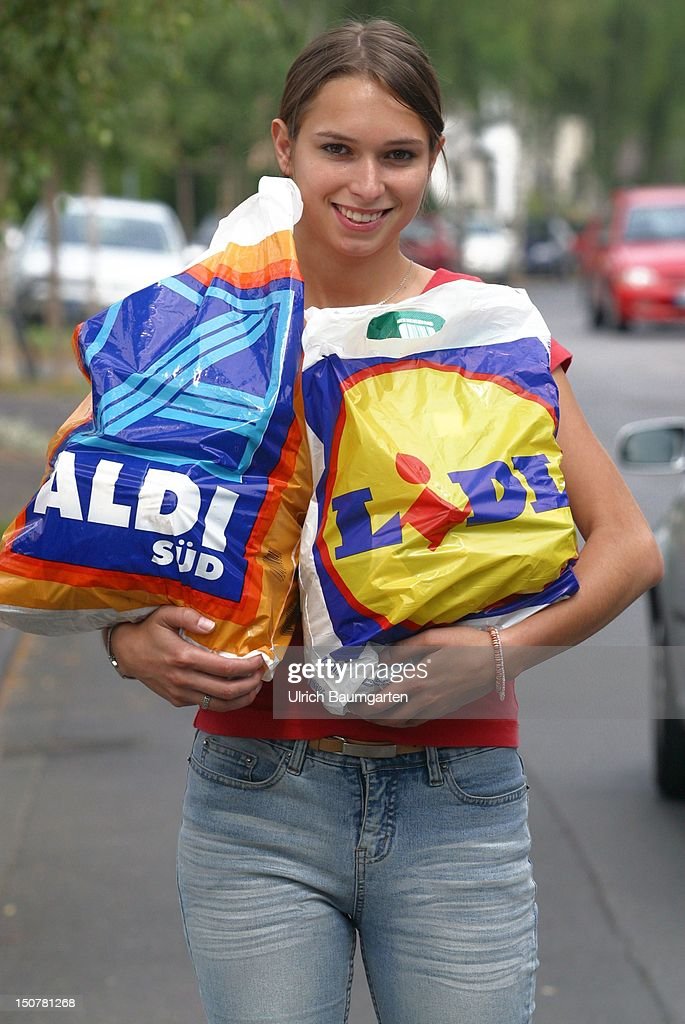 18 September 2014: Zip it and look after your shareholders’ interests

Paddy19 commented: Great article. I too was amazed that big UK retailers stuck their nose in the Scottish referendum hive. As you say, why alienate nearly half of your potential customers? The only conclusion is that the fat-cat cartel that runs the UK pressurised the CEOs to get on message. The CEOs would have been better off to zip it and look after the interests of their shareholders.

Could The Saltire be printed on Lidl, Aldi bags please

Yep, go out or my way to avoid shopping in the ones who said they would leave, or somehow jobs would go or they would move their headquarters south of the border.

Aye I hivnae forgotten these big supermarkets getting involved, I don’t shop at Asda or Morrisons and rarely at Tesco even though it’s 5 minutes walk fae ma hoose, I never believed what they said about prices going up if we voted yes so that didnae work, everybody up here knew if we had won these greedy bastards would have gone oot their way tae get us back as customers so next time you lot keep yir nose oot ae oor business 😉😉😉😉

Want to agree with the central point you make, I for one have never used ASDA since the summer of 2014 for the reasons you state. Only one I do use outside of Aldo and Lidl is Tesco because they seemed the least partisan during the Indyref.

However the one glaring weakness in your argument is Iceland, perhaps the most partisan in their support for the Union in 2014. But your graph shows their sales increasing substantially. Sorry to point that out.

I wondered about Iceland since I had noted their utterances in the course of the campaign for independence. Mehaps my article will remind people of their lack of support of Scots.

Do you have any graphs to show that Discount supermarkets do less well in other parts of the country ?
If the rise of the discounters in Scotland (and declining Market share of Asda , Morrisons, Tesco etc ) is due to their “politics” during the indyref

Then presumably in Wales , or Lincoln , then the discounters will not be doing so well ?

Its a bit like pointing to decline in print media , as a an example of “Scots reject bias unionist media ” , print media , and purchasing a daily newspaper , are in decline in nearly every country in the world .

here is a link from Germany

No doubt some would say , “The reason Germans don’t buy a news paper is out of outrage at the media bias during Scotland’s indy ref ”

I feel that is stretching the point .

Point taken But I have not been able to locate a split. Anyway your offer does not suit my purpose.!!!!!!!

I was only being polite , asking for a graph .

The trends in the whole UK , will show an increased market share for the discounters , and % wise it may be higher in Scotland in general , or it may be speckled across the country , I would expect , Newcastle and South Wales for example , to have a similar pattern to W, Scotland .

I can see that you are trying to link comments made by Supermarket spokespersons , to declining market share , it s just not valid .

its a point to take heed of , as a reader of your blogs , without “balance ” , it will descend into axe grinding , and summarised as “Scotland Good , England Bad ” .

What is not in dispute is that the Retailers were grossly “out of order” getting involved in the referendum process pretending to the Scottish public that their concerns were genuine well knowing this was not the case. They were summoned to Downing Street at 0600hours to be warned that their future relationships with the UK government was dependent upon their unqualified support of Westminster’s anti – independence approach. By the time Cameron appeared at 0900 hours the deal had been done. The retailers then went to meet with the compliant Unionist press and, in betraying Scotland “sold their souls to the devil” and they are or will pay the price.

Some sections of Scottish society may have been “outraged ” by Supermarkets commenting on the INDY ref , it seems that Scots were using “discounters ” long before and no doubt long after , so they don’t vote with their shopping trolley .

I am surprised you have not mentioned the decision by the Scottish football team to boycott the World cup in 2016 , by deliberately playing badly , just showing their sympathies with the Scottish working class , so cruelly denied their ……………..well you get the idea . 😉

Scotland as a direct result of the INDY ref , probably has one of the most politically aware electorates in Europe , because it forced many (including myself ) to research , read and question .

This works both ways , for both sides of the debate , and indeed in the referendum the overwhelming consensus on-line was a massive “Yes “vote , you only had to trawl through Facebook and YouTube , read the comments and count the “likes ” , but counting “likes ” is not counting votes , and a great many voters simply kept their own counsel

Interestingly I go to “Wings ” a lot , and I am impressed by the way the REV , has censored comments , he states quite clearly to new members wishing to comment , that

“Fewer than 1% of the site’s readers post comments. That means the comments give you an inaccurate picture of the overall readership, and things that might go down well within a small group of dedicated activists don’t sound so good to people who’ve come to the site looking for information to help make up their minds.

People without whom we won’t win.

So try to avoid puerile name-calling like “Bitter Together”, “Johann Lamentable” or hilarious mis-spellings/puns of Anas Sarwar’s name. The same goes for things like “Liebore”, “Wastemonster” and “Daily Retard”, and words like “Quisling” and “traitor”.

Do you think they’re more likely to win someone over, or to put them off? Would they work on you if the positions were reversed? If not, don’t say them.

(We’d also happily live for another 300 years without ever again seeing anyone using the phrase “parcel of rogues” as if they were the first person who ever thought of it, or posting entire poems or song lyrics. That’s what YouTube’s for.)

Use of the word “rape” to refer to anything other than the criminal offence is also unwelcome. So the sentence “Wastemonster has been raping Scotland for decades, but you’ll never hear those Liebore-apologist traitors at the Daily Retard reporting it”… well, don’t hold your breath waiting for that comment to show up, is what we’re saying.”

Seems to me the REV realises how much the debate has moved on .

I welcome your contribution. Please feel free to add comment to any of my posts regardless of criticism I welcome debate and agree with yourself that there is a pressing need to avoid unwelcome figurative expressions which add nothing constructive to discussions. You will find little of it in my Blog