A pictorial view of a corporate elite network

Corporate elites penetrated political and cultural networks in Scotland benefiting from the patronage of institutions. In this environment lobbying is seen as worthwhile by business interests, evidenced in the ever expanding lobbying and PR market which emerged post devolution.

In the first term of the Parliament lobbyists swarmed to the Mound, embroiling Jack McConnell in the Lobby- gate row, from which (contrary to a successful spin operation) McConnell was not exonerated of blame.

Lobbyists continued to find new avenues of approach to MSPs, ministers and civil servants. One of these was via “think tanks” a means for corporations to gain access to decision makers. The role of the “think tank” is to provide a disguise for corporate interests and to help populate the policy information environment with a seeming variety of voices.

Their aim, in other words,is to manage the perceptions and expectations of the political elite, to socialise them into neo-liberal values and to propose handy, seemingly workable solutions to political problems.

Witnessed by the intervention, financially and through use of the combined weapons of the media, press and Westminster of the corporate elites’ in favour of the “Better Together” campaign.

Required reading for all Scots: http://www.allofusfirst.org/commonweal/assets/File/4_Chapter_Two_-_Miller_Proofed.pdf

Open Europe – The European issue has been a defining fault-line for the Tory Party for a generation.

A less well known “think tank”, but arguably a very significant organisation connected to Cameron’s advisers is “Open Europe.” This think tank focuses on the European Union and is unusual in that it is directly supported by business leaders. “Open Europe believes that the EU must now embrace radical reform based on economic liberalisation.”

What this appears to mean is integrating all EU countries further and faster into the global economy but with a distinct Eurosceptic tinge. The Marquess of Salisbury is on the board of this organisation and amongst its supporters are Lord Sainsbury who donated to Cameron’s leadership campaign along with fellow donor Peter Gummer.

Pictorial growth of the Stockholm Network

The Stockholm Network is the main liaison channel for free market European think tanks. It brings together over 120 think tanks from across Europe. Membership includes the stalwarts of the free market right from the early stages of the neo-liberal revolution. Namely:

* The Institute of Economic Affairs,(IEA)
* The Adam Smith Institute
* The Centre for Policy Studies (CPS)
* The Social Affairs Unit (SAU)

The Stockholm Network connects to a network of right wing think tanks in the US and has close links with the Heritage Foundation, which ‘frequently’ sends staff to Europe and has worked closely with like-minded European think tanks producing and launching a European edition of their “Index of Economic Freedom”, which ranks countries according to market friendly criteria like tax reduction and deregulation.

Think tanks depend on corporate funding and in many cases are set up at the instigation of corporations. Pfizer, Merck Sharp, Dohme (MSD) and Schering-Plough Corporations are a few that are engaged with the network.   http://powerbase.info/index.php/Stockholm_Network

Member groups are dogmatic free-marketeers who intend to:

The Policy Institute was a “think tank” created to coincide with the first election to the Scottish Parliament in 1999. It was strongly associated with and indeed for a time based in the offices of the Scotsman, the Barclay Brothers newspaper and took a strong neo-liberal and pro-market line.

Bill Jamieson, a senior journalist was the first Director of the PI, which had no office, “Only a desk at the Scotsman’, its Executive Director Tom Miers phrased it. He was the only salaried member of the PI, and joined it in May 2003 “to run the institute on a more full-time basis”. He formerly worked for the right wing leaning, Institute of Economic Affairs (IEA) in an administrative role.

Jamieson described newspaper as very generous in allocating logistic resources to the PI and allowing a senior member of its staff to dedicate some of his time to the institute. An arch Thatcherite committed to a fight against deeper UK integration into the EU, Jamieson was a frequent guest at the IEA and at the Bruges Group.

The PI’s board of trustees was less impressive than that of other more established Scottish think-tanks such as the David Hume Institute and the Scottish Council Foundation. It comprised “The Scotsman” pundit Katie Grant, a top manager of Scottish Friendly Assurance Colin McLean, and Allan Massie, a journalist-turned-writer.

In the Scottish think-tank world, the David Hume Institute and the PI shared a similar ideological background, but differed in their style. The DHI was more academic and more restrained than the pro-market philosophy of the PI, which likened the Scottish NHS to Soviet-style bureaucracy and generally demanded that the forces of the free market should be let loose on the public sector.

Their goal was fuelled by the P.I.’s “mission and purpose” which was broadly to research how the classical liberal ideas of the Scottish Enlightenment could be applied to modern Scotland. The P.I. was a multi-issue think-tank that concentrated exclusively on Scotland’s economy, public services, environmental and agricultural policies, and modernisation of governance.

Without in-house expertise, scholars from the relevant fields are commissioned to write papers and newspaper contributions, so that the PI facilitates policy learning processes. The PI belongs to the neo-liberal privatisation advocacy community. It also has some features of a vanity think-tank, as it was the brainchild and hobby-horse of a Tory journalist at odds with the perceived leftist Scottish consensus. It certainly served the Scotsman as a reliable source for neo-liberal leaders and opinion pieces and, in a reciprocal process, as a further outlet of the broadsheet’s right wing political views. https://wikispooks.com/wiki/Policy_Institute

Reform Scotland is a public policy institute or ‘think tank’ established as a separate Scottish charity, supposedly independent of any political party or any other organisation being funded by donations from individuals, charitable trusts and corporate organisations. But it clearly a front for the Tory party

Its objective is to set out policies in Scotland that deliver increased economic prosperity and more effective public services based on the traditional Scottish principles of limited government, diversity and personal responsibility. It has an advisory board to agree its strategic goals and a separate board of management (Trustees) to oversee its day-to-day running. Reform Scotland’s policies cover the following broad themes:

“Reform Scotland” is a Scottish free market think tank. It has been described in the press as the tartan offshoot of free-market think-tank “Reform”, the sister organisation of the London-based Tory run right-of-centre think tank started by the Tory Nick Herbert in 2001 and a counterpart to the “Reform” think-tank in London.

“Reform Scotland” maintains that it is an independent, autonomous organisation and is neither an outpost nor a branch of “Reform”. This might well be the formal position, but established links between the two include the fact that Andrew Haldenby the Director of “Reform”, was on both the Board of Management and the Advisory board of “Reform Scotland” on its launch in 2008.

“Reform Scotland” is a key player in lobbying activities at Holyrood, playing the role of ‘influential other’. helping to influence politicians and policy-makers on behalf of lobbying and PR companies.

Along with connections to the Scottish Conservative Party, it also has the lobbying firm “Message Matters” (http://messagematters.co.uk/) under its employ, which lists prominent “Better Together” advocates, the “Institute of Chartered Accountants of Scotland” (ICAS) and “Standard Life” in its list of clients.

The think-tank reveals little about the sources of its funding, but it is known that donations come from a wide range of society and major organisations, not just the financial sector.

The chair of Reform Scotland” is Alan McFarlane, a multi-millionaire financier who has ties to the neo-liberal, free-market think tank, “David Hume Institute”.  http://reformscotland.com/

The Morning Star Has Another View

Reform Scotland is a right-wing think tank and member of “The Stockholm Network.” It is mainly sponsored by the finance sector – the very gnomes who have been whispering in John Swinney’s ear over the Scottish Futures Trust. It aims to influence the Scottish policy agenda at Holyrood. Unsurprisingly, one of its interests is increasing competition in public services. Advisers at the time of its launch included were:

The director is Geoff Mawdsley, former senior adviser to the Scottish Tories, and the trustees are drawn from across the financial services sector. And who was in discussions with the head of Reform Scotland just before its launch? Step forward Wendy Alexander.

Ian McKerron, media adviser for Reform Scotland stated (tongue in cheek?) that Reform Scotland is not aligned or affiliated to any political party and is a registered charity which accepts donations from a range of sources, not just the financial sector.”

Gordon Hay and Ian McKerron have between them held senior positions on The Scotsman, Daily Mail, Mail on Sunday, Daily Express, Sunday Express, Daily Mirror, Daily Record, Sunday Mirror, Today, Press & Journal and Aberdeen Evening Express. As freelances, they also worked for every national newspaper in the UK, including the Daily Telegraph and The Times.

Not much to write home about then since this grouping of newspapers was and still are in vanguard of a “Campaign of Fear and misinformation” waged on the Scottish public at the time of and since the referendum.

Discussing, on their website their PR strategy for “Reform Scotland” they maintain that the think tank is independent, non-political and aims to set out better ways of delivering increased economic prosperity and more effective public services based on traditional Scottish principles of limited government, diversity and personal responsibility.

Engaged to help launch the organisation they have been further retained to provide media advice and to plan and implement overall and individual media campaigns for “Reform Scotland’s” research papers and public events.

Before each of the think tank’s research papers is published, Hay McKerron are brought in to discuss and advise on media strategies, organise mock Q&As, to construct and distribute high-calibre but easy-to-read press releases, to organise journalists’ briefings and press conferences and to field questions from the media. According to Hay McKerron “Reform Scotland” has rapidly earned the reputation as one of the country’s most influential and authoritative economic research bodies’. http://www.hay-mckerron.co.uk/who-we-are.html 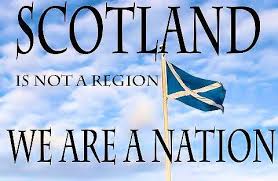 6 replies on “The Corporates That Warped and Defeated the Will of Scots in 2014 are Supporting the Campaign Of Misinformation Against Trump and Will Surface Again at the Time of the Next Scottish Independence Referendum – Beware!!”

Excellent piece of work there.

It shows quite clearly what we who support independence are really up against. We will only rid Scotland of these vested interests with independence.

So the Tory Party rules thru the think tank network setup. I note reports prepared by Reform Scotland have all been critical of the SNP. They need to be reined in so that the Scottish electorate can have confidence in its chosen government.

Nice to read a ‘conspiracy’ article that doesn’t go on about Jews – thank you. I’m not suggesting the conspiracy isn’t real, btw – I just get sick of the anti Jewish theme woven into them.

That is a line from the movie ” 71 “.
It is a movie of 1971 in Belfast. Army incursions between Protestant and Catholic in Belfast.

Could this be applied today to Wheeshtminster {not misS-pelt]?
IN PARTICULAR in relation to SCOTLAND BILL and BENEFIT LAW changes, food banks!!

Excellent article. I can’t stand it when these quangos, if that is the right word, set themselves up as charities. While reading through this, I just thought, blimey there are a lot of people wasting money, wasting time, and by that I mean they could be doing something useful, and all in their little clubs trying to influence government. Do these people have no scruples? Scheming and conniving I guess is nothing new to those who want to stay in their own priveleged bubble. Where’s the pin?