Thatcher and Heath the Look of Love

By day Dougie Smith, is the respectable co-ordinator of Conservatives for Change (Cchange), the influential Tory think tank whose board members include Theresa May, the Conservative party chairman.

It was founded last year by Francis Maude and supporters of Michael Portillo.

Archie Norman MP, the former Asda boss, also sits on its board.

By night he devotes his attention to coordinating the activities of the Fever club which he created and launched in January 1998 with a debauched party in a Central London penthouse.

Critics have accused the secretive organisation of being a sinister networking organisation.

Fever receives over 400 applications for each party and the vetting process is extremely strict.

The upper age limit of 35 was recently raised to 40 to take account of the advancing years of some of the organisers.

Smith who developed and preached the ill advised John Major Tory government morally-focused back-to-basics policies, has been forced to cut his links with Fever and is now an adviser and speech writer to senior MPs.

Smith was recently appointed principal speech-writer to David Cameron as leader of the Conservative Party and is a leading moderniser.

He is now Head of the Political Section of Conservative Intelligence.

Smith is a very well-known figure in Conservative circles.

He has acted as an adviser to several senior right-wing figures, including the late Sir James Goldsmith and has written speeches for a number of leading Conservative MPs including former party leader Michael Howard before taking up his latest post.

He is also a prominent member of the exclusive Aspinalls poker set that play for high stakes at the London casino.

After becoming involved in Conservative politics while at university, he became vice-chairman of the ever controversial Federation of Conservative Students.

He has also acted as a political adviser to Sir James Mancham, former president of the Seychelles and a well-known playboy.”

Smith, in his late thirties and politically active from his teens, compiled a damaging profile of the Conservative Party lamenting its ageing and narrow recruitment profile  arguing that “most Conservative MPs and candidates under 50 come across as soulless, selfish and smug” and that “because very few younger, more normal people become involved, those who remain are increasingly old and atypical”.

In the early Eighties he worked for the Adam Smith Institute, the free-market think tank, while pursuing a career in the Federation of Conservative Students as a prominent member of a Right-wing, libertarian faction. Indeed, he was elected in 1985 as an FCS vice-chairman.

It later transpired that his claim to be a student at Napier College was erroneous and his election was declared null and void by Conservative Central Office following an inquiry.

It was then revealed that Smith had been thrown out of Strathclyde University after failing his second year exams.

Smith’s later exploits included being arrested by the police for allegedly threatening to kill FCS member Toby Baxendale, although he was released after spending a night in the cells, and working for Right-wing millionaire David Hart‘s Committee for a Free Britain – not exactly proof of normality.

Even more disingenuously, Smith describes himself as “a Conservative party member since my teens”. Yet he appears to have overlooked the period before the 1997 general election when he joined that rather outlandish outfit, Sir James Goldsmith‘s Referendum Party.

“At just 30, after almost a decade in academia and little relevant work experience, she was appointed as an arts adviser to Boris Johnson.
A Year later she was promoted to deputy mayor for education and culture.
Mirza is married to Dougie Smith, former speech writer for David Cameron now working at Central Office. So it’s who you know!!.
Vital observations for the working classes: Munira Mirza believes that all children should have access to a good education.
It is important to challenge the culture of low expectations, she says.
Who would have thought of that? So that’s why she earns so much. She has never had a proper job but is now a paid up member of the establishment.
That’s right, privilege is the correct term.
Now its jobs for the boys [and girls]. You don’t have to worry about filling in online applications for jobs, just have a whisper in Boris’s ear, you’ll be OK from now on and on and on.
Before long you’ll be applying to be an MP and renting out your second home etc.
http://www.totalpolitics.com/articles/446777/london-calling-munira-mirza-interview.html

Dougie Smith, 44, who has been promoted to the heart of the Conservative leader’s inner circle, organised lavish swingers’ parties for rich young couples at palatial homes.

Smith is the speech-writer for family man Cameron – who is desperate to shake off the sleazy image of previous Tory regimes.

He has played a pivotal role in a right-wing think-tank called Cchange, spearheaded by Tory modernisers and set up by party chairman Francis Maude.

A senior Tory source said: “Dougie is a very valued member of David Cameron’s team.  “He will continue to play an important role and I’m sure David is not worried by what he did in the past.”

Smith has claimed that he has “never made a secret” of his past involvement as a boss of London-based Fever, which ran the sex parties.

His key role has horrified senior Tories who want to promote Cameron as squeaky clean and a “new breed” of politician.

One said: “Do we really want someone like this involved with running our organisation?

These parties are filthy and disgusting. What kind of message does that send out about us?”

According to Fever’s website, the parties are the most “exclusive and sizzling sex parties” going.

They have been held at glitzy locations including a town-house in London’s Mayfair, luxury villas in Ibiza and a country mansion near Manchester.

This summer’s parties have attracted couples from all over England.

Couples also flew in from Grenada, the Netherlands, the South of France and Iceland.

The parties has strict entry rules – people must be under 40, good looking, and leave any inhibitions at the door.

Guests are asked to make a financial contribution, usually no less than pounds 500 per person.

Couples are lavished with free drinks and party bosses boast of their reputation for attracting stunning couples to their events.

33 Portland Place: Venue for the parties

According to David Cameron, the breakdown of family life led to the recent shootings in south London.

“I want to see couples stay together, and we know that the best way to ensure this is to support marriage.”

No doubt his chief speech-writer, Douglas Smith, would agree.

This is the same Dougie Smith who – clad in military fatigues – was a leading storm trooper of the loony-right faction that dominated the Federation of Conservative Students in the 1980s.

Elected as FCS Vice-Chairman in 1983, he was forced to resign when despite claiming to be a student at Napier College, he was nothing of the sort.

In April 1990 he was arrested by Hammersmith Police after allegedly threatening to kill a fellow FCS member, Toby Baxendale, who had won the affections of Smith’s ex-girlfriend.

After a night in the cells, however he was released. He then found employment at the shadowy Committee for a Free Britain, run by right-wing tycoon and Lord Lucan lookalike David Hart.

In the 1997 general election Dougie campaigned energetically for Sir Jammy Fishpaste’s Referendum Party, where he became great chums with Sir Jammy’s son Zac Goldsmith – whom he has since brought into Dave’s big tent.

The language of Smith’s speeches for Cameron is quite a contrast to his 1985 FCS publication Smash the Red Menace which advised Tories how to disrupt NUS conferences. “Always be provocative …eg. ‘You red fascist scum.’

If the Cameron’s fail to make the necessary breakthrough with their caring sharing approach, perhaps they should keep this in reserve as Plan B.”

The royal couple were guests of honour at the nuptials of multi-millionaire entrepreneur Ben Elliot, 35. The son of Camilla’s sister Annabel.

13 April 2007 – Camilla Parker Bowles’s Multi-Millionaire nephew, Ben Elliot, Friend of Dougie Smith could be heading for a career in politics

Just when you thought the Tory party couldn’t get any posher, another toff piles in.

Camilla Parker Bowles’s nephew Ben Elliot, the mastermind behind top concierge service Quintessentially, could be heading for a career in politics, according to a profile of the young entrepreneur in this month’s Vogue.

“At the weekly poker tournaments at Aspinall’s that he attends whenever he’s in town, he is always at the forefront of political discussions with such Tory affiliates as Zac Goldsmith and David Cameron’s speech writer Dougie Smith,” we’re told.

Zac Goldsmith recently became Conservative candidate for Richmond while Smith, once a speech-writer to Sir Jimmy Goldsmith, has become one of David Cameron’s most trusted confidants, despite previously running a top-end swingers agency, Fever.

As an Old Etonian, Elliot would certainly find himself at home on the Tory benches. 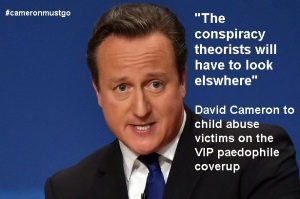 Exactly the kind of thing the PM does not want popping up  on family computer screens.