Charity Donations across the UK

It is a cruel stereotype: that Scotsmen have a tendency towards thrift that sometimes borders on the downright tight-fisted.

According to a survey released today, it is entirely unfair. Quite the reverse, in fact – it shows that Scots are in fact the most charitable people in the UK.

More than 42 per cent of those in Scotland give money after watching a TV charity appeal – well above the national average of 25 per cent.

Scots are more likely to donate to sponsorship requests from friends and family, with 65 per cent giving compared to the national average of 54 per cent.

Scots are also more responsive to charity emails – with 18 per cent saying they prompt a donation, versus a national average of just 12 per cent.

The results were found by online charity donation service Give as you Live in a survey of 2,000 people.

The poll also showed that Londoners donated almost £100 less – £268 – despite earning 35 per cent more than the Scots.

Overall Scotland was the most generous nation in the UK £356 on average, followed by Wales on £328 and England on £285. (The Mail)

17 June 2015: There is no end to it – English control over Scottish charities continues to expand – Big money is at stake and they are determined to seize control of it

The Royal National Institute of Blind People (RNIB) is planning to transfer staff and services from Scotland to, “Action for Blind People” (ABP), which currently runs all the charity’s services in England.

Staff in Scotland say there has been no explanation of how the strategy will work or evidence provided that it will benefit the 180,000 Scots with vision problems who currently receive help.

Unison’s voluntary sector organiser for Scotland said: “There is a complete lack of transparency about the business rationale for this move, what it will mean for the general public or how it will be of any benefit to service users. People are utterly baffled about what is going on.”

There are also questions over whether the Scottish Government, or the public, will be happy providing government funding to an English-based charity. (The Herald)

12 October 2015: The head of a leading Scottish charity has resigned in the wake of a furious internal row over the transfer of staff to a London-based partner organisation.

John Legg, the RNIB’s director in Scotland, had led it for more than 10 years.

He was known to have opposed RNIB UK’s move to run its Scottish operation from London under the auspices of “Action for Blind People”, a decision which was viewed by many staff north of the border as an English ‘takeover’.

RNIB UK insists that Mr Legg left by choice but speculation is rife as to how and why his departure has come about.

An employee (representing more than 200 RNIB Scotland workers) said: “Staff are shocked and dismayed. No reason was given, but it is obvious that he was pushed for not toeing the party line of centralisation on London (The Herald) 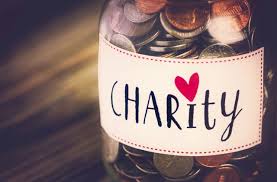 Asthma UK is currently consulting on proposals to concentrate staff in London.

But it has been urged to think again by campaigners who fear its work will be undermined in Scotland. (The Herald)

15 August 2015: Experts have voiced fears that more health charities will shut their Scottish offices in the wake of a number of high – profile cases.

It is understood that around half a dozen organisations are thought to be looking at the possibility of moving staff to England. (The Herald) 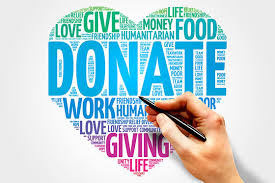 Thousands of Scot’s routinely donate to the Royal Society for the Prevention of Cruelty to Animals (RSPCA) believing the money will assist the efforts of the society in Scotland.

But, in Scotland, it is the charity, the Scottish Society for the Prevention of Cruelty to Animals (SSPCA) that responds to calls about cruelty to animals. Charitable donations in Scotland should be made to the SSPCA, not the RSPCA whose responsibilities are with England.

Scottish Charities in Name Only – Power Rests with England

2017: There are calls for the creation, registration and management off Scottish Charitable Societies and similar organisations who would be enabled to lobby appropriate Scottish Government Ministers, tailoring their activities to Scotland, in recognition of our different laws and social services.

In the last 10 years many “so called” UK charities, operating in Scotland have closed their doors in Scotland and transferred their headquarters (HQ) and operational control to England, some retaining a Scottish branch under the control of England

At present, qualifying charities in Scotland (regardless of the location of their HQ) are allocated approximately £500m annually by the Scottish government.

But control of and distribution and use of the Scottish government supplied finance and other charitable donations collected in Scotland is vested with their English based HQ’s. 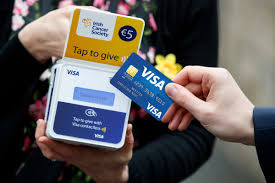 One in Five of Britain’s 1500+ charities spends less than 50% of total income on good causes.

Gina Miller, founder of the “True and Fair Foundation” said: “It is an utter disgrace that so much of the money people generously give is going to feed large charity machines, which are often characterised by obscene overheads and salaries, aggressive fundraising, and bloated marketing and publicity departments; resulting in questionable levels of charitable spending.”

The report is a mind blowing expose’ of the charity sector:

There is a call for the establishment of a “Scottish Society for the Blind” (SSB) which can concentrate on lobbying the appropriate Scottish Government Ministers, tailoring its activities to Scotland, and our different laws and social services.

Bluntly, if these charities based in England close their doors in Scotland, then new doors should be opened and the door closed to the so-called “National” (as in UK) ones.

The “Third Sector” in Scotland is allocated many £ millions annually by the Scottish government, much of it arising from the Big Lottery Fund. It is a nonsense to give financial support to charitable organisations that are based in England.

The Scottish government should introduce legislation requiring charities benefit-ting from government support, to be registered and managed in Scotland.