The Falkirk vote fixing fiasco and industrial Action At Grangemouth that followed was never concluded in a satisfactory fashion. The humiliation of Johann Lamont by Ed Miliband and the London labour crowd brought about her resignation and it is entirely possible the same fate is awaiting Jim Murphy whom Miliband thinks is a rough bit of legacy handed over like a poisoned chalice by Gordon Brown and Tony Blair who were glad of Murphy’s bully boy tactics maintaining control of anyone that dared step out of line. Miliband operates in a different way and Murphy is of no further use to Labour. But it is important to review just what went on in Falkirk and to pick up on a comment from Murphy’s “Done like a Kipper” East Renfrewshire: 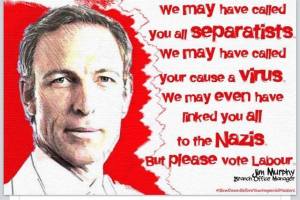 Labour members have demanded Scottish leader Johann Lamont answer their questions on the Falkirk vote-fixing row that nearly closed Grangemouth and explain why her party ignored the scandal.

In an email to Lamont, local branch members said they felt “utterly disillusioned” that their complaints about the trade union Unite were not addressed by the Scottish party and have urged her to speak at a summit today on the fiasco.

The branch also claimed the “inaction” nearly led to “economic catastrophe” through the possible closure of the vital Grangemouth oil refinery.

As revealed by the Sunday Herald, Unite signed up around 100 new members to the local party in a bid to help its favoured candidate, Karie Murphy, secure the candidacy for the Falkirk seat. Many of the new members had their subscription paid by Unite and were recruited from the Ineos-owned refinery by Stevie Deans, a Unite shop steward at the site and chair of the local Labour party. However, Unite faced allegations of irregularities during the recruitment drive, including claims that some new members had been signed up without their knowledge.

An investigation by UK Labour led to the constituency party being put into “special measures”, while Deans and Murphy were suspended. The pair were cleared after key evidence was withdrawn, although Labour leader Ed Miliband pointedly refused to offer support to the duo and pushed ahead with reforms to his party’s links with the unions.

Emails have since surfaced which appear to show that Unite drafted a “retraction” letter for some of the original witnesses. The political drama also turned into an economic crisis as Ineos investigated whether Deans worked on the Labour contest with company resources. The row spiralled into a dispute over the pay and pensions of workers at the plant, which led to Ineos threatening to close the entire plant. Deans eventually quit his Ineos job 24 hours ahead of the firm announcing the result of its probe.

Lamont has taken second billing to the UK party in dealing with the row, but she has now been thrust into the spotlight. Ahead of an all-member meeting of the local party today, the Camelon and Falkirk North branch has urged Lamont to attend the summit in person. The email, sent on Wednesday by a lay official on behalf of the branch, stated: “Many of our local branch members feel that it would be beneficial if you are also in attendance, as a representative of the Scottish Labour Party, to answer our questions.”

On the vote-fixing allegations, the official wrote: “Many of our party members feel utterly disillusioned and disappointed that the Scottish party appeared to take no action, despite complaints being made that rules were being broken several months ago.” The official added: “Furthermore, we are aware that complaints were raised that data protection rules were abused, when Labour Party members were contacted by Unite the union, although they were not union members. How did Unite obtain their contacts?”

The email also claimed that the failure to address the allegations led to the Grangemouth crisis: “We believe that the inaction at that time almost caused an unprecedented country wide economic catastrophe and we would be grateful for an opportunity to speak directly to you, as Leader of the Scottish Labour Party.” 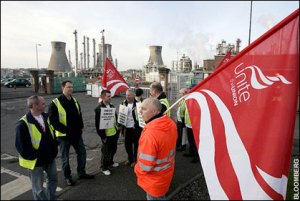 Branch members are also unhappy that Deans remains as Falkirk West chair: “Finally, a large number of members have indicated disquiet that the meeting may be chaired by Mr Steven Deans, and believe that, if so, it would not be conducive to a completely open and frank meeting where members could express their opinions freely.” The official concluded by informing Lamont that local members were “worthy of your presence”. The Sunday Herald understands Deans will not attend today’s meeting. However, Unite said Deans would continue as chair of Unite in Scotland.

Prime Minister David Cameron waded into the row last week, after he described Deans as a “rogue trade unionist” who nearly brought the Grangemouth plant “to its knees”.

Scottish Conservative energy spokesman Murdo Fraser said: “The fact Labour chiefs were warned of this months ago and did nothing is quite incredible. “Instead of intervening and showing some backbone towards Unite, they cowered away, risking one of Scotland’s biggest industries in the process. “The more details that come out about this shameful saga, the more astonishing Labour’s inaction appears.”

A SNP spokesperson said: “When her party was in chaos over the Falkirk selection scandal, Johann Lamont was silent and let her London party bosses take charge. If Ms Lamont fails to step up, the question mark over her leadership will continue to grow. “The focus of SNP ministers has been on saving jobs at Grangemouth. However, there is no question that the inter-relationship between the industrial dispute and Labour’s internal politics has been unfortunate and extremely damaging to the workforce.”

A Scottish Labour spokesperson said: “The complaints about the Falkirk selection have been fully investigated and acted upon. We are now focussed on ensuring we have a fair and transparent selection and that the local party has a new candidate they can get behind for the 2015 General Election.” http://www.heraldscotland.com/news/home-news/break-your-silence-falkirk-labour-part-y-members-tell-scottish-leader-johann-lamont.22592711 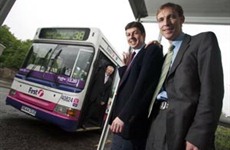 Hello!! Eastwood & Renfrewshire Here!! How’s About Helping Us – We are subject to Similar Outrages

I think Ms Lamont’s silence on this has been shocking. It’s as if she’s been on holiday since April. What’s even more shocking is our own local Labour Party’s use of similar techniques, in a Machiavellian plot hatched in the middle of this.

We have misuse of Data Protection – in Falkirk/Grangemouth, Unite seemed to be able to use the mailing list of the local Labour Party. Here, we had council officials using Data Protection as a reason not to reveal the names of Community Council candidates.

We know now why they would not release them, as we would have seen that at Newron Mearns County Council, some of them were Labour plants – who ordered the council officials to take this path? It seems to have clear party political implications.

We have flooding of an organisation (Newton Mearns Community Council) with members of a group (Eastwood Labour Party), with the aim of taking it over, to further their own aims (presumably supporting Labour objectives and nullifying local opposition). In secret of course, with no declarations of interests.
http://www.ernhw.org.uk/forum/2-public-forum/29917-break-your-silence-falkirk-labour-members-tell-scottish-leader-johann-lamont 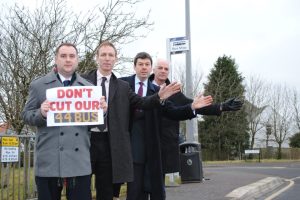