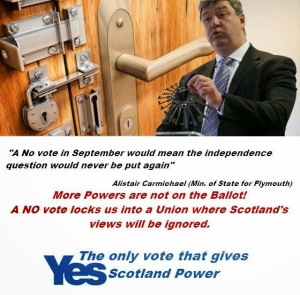 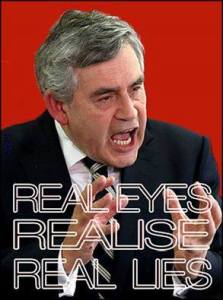 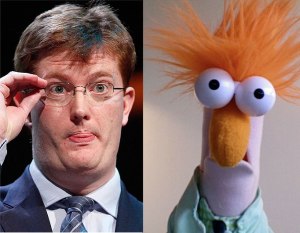 March 2015: The Campaign of Disinformation Continues – The Rt Hon and His Scotland’s Changing Leaflet Drop

A Con/Dem government leaflet, (production and distribution cost estimated at £3 million) has been sent to every one of the 2.5 million households across Scotland promoting changes, to be implemented over the next 2 years. The 8-page Scotland’s Changing leaflet contains details of new powers together with the benefits people in Scotland will retain as part of the UK. 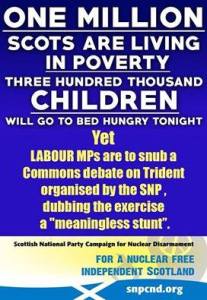 But hold on, let’s have a closer look:

1. The new powers have been agreed and guaranteed by all FIVE of Scotland’s major political parties. New powers are coming to the Scottish Parliament. They’ll make Holyrood one of the most powerful devolved parliaments in the world. The UK Government is going to change the law so that a range of new powers including new tax, new welfare and new voting powers are held by the Scottish Parliament. People in Scotland will still have the advantages of being part of a large UK economy, with a UK Pound, UK pensions and UK passports. Whatever your age and wherever you live, being part of the United Kingdom means we pool and share our resources. 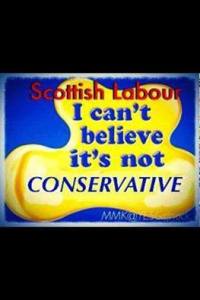 But the statement guarantees nothing and is meaningless. It needs to be considered against the “Vow” issued from Westminster a few days before the referendum. It promised, “extensive new powers” for the Scottish Parliament. “delivered by the process and to a timetable agreed” by the THREE parties.” There is no mention of Scots being consulted on the timetable for change or what will happen in the event Westminster MP’s return a “no” vote on the proposed new powers. Therin lies the problem for Scotland post the 2015 General Election, the “no” vote removed all pressure from Westminster. Scotland gave the Unionist parties, (Labour Tories and Liberals) the freedom to do as they wish with Scotland and they will. 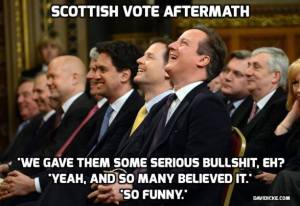 2. We will remain citizens of the UK with its strong defences and global influence. The UK’s strong defence forces also add extra security for families in an uncertain world.

UK defences are a joke have been savagely taken apart in favour of retaining/replacing the Trident Nuclear missile system. Our conventional armed forces are in a perilous state having been reduced to unsafe levels, (with more cuts planned). The navy is ill equipped and the surface fleet almost non-existent. Fighter aircraft are in many cases incapable of completing operations. An independent Scotland has no wish nor need to exert any global influence, except in the areas of trade. 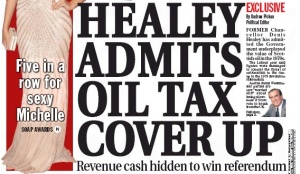 3. It also means that the UK’s large and diversified economy will continue to shield Scotland from sudden shocks like the recent fall in oil prices, or the need to rescue banks during the financial crisis. 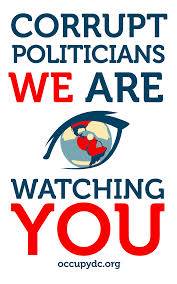 The UK’s large and diversified economy is a misnomer since it is carrying nearly £1.7 trillion of debt, of which £1 trillion has been added in the last 5 years of the Con/Dem government. The remaining debt was incurred through the incompetance of the previous Labour government applying correcting measures bailing out banks caught up in the, “housing Bubble” fiasco of which they had 3 years advance notice and did nothing. In any event there are no truly “Scottish” banks since they all operate out of London The reference to financial crisis and bank rescue is a red herring. 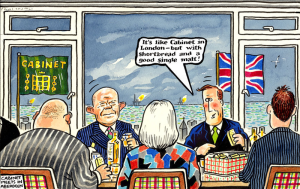 The 2015 General Election, the “Vow” and matters arising.

There are less than 3 weeks before the start of the General Election “Purdah” period which curtails the activities of political parties. It will not be possible to get any of the proposed new powers, which will require a significant number of new Bills, to the statute stage. 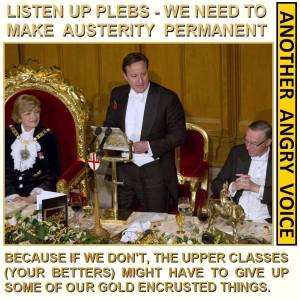 Few MPs want extra powers for the Scottish Parliament, (including many Scottish Labour MP’s). They will rebel and vote against proposals for change submitted to the Commons, so there will be a significant number of defeats at the hands of rebels. It may be possible to get proposed legislation through the Commons, (if all parties crack a 3 line whip) But they then go to the House of Lords and delays of up to a year that will bring to the process. So, no change this side of the General Election. 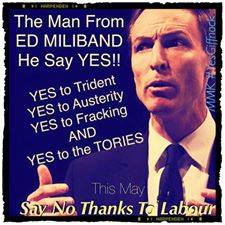 Another look at the wording of the so called “vow”:

It promised, “extensive new powers” for the Scottish Parliament. “delivered by the process and to a timetable agreed” by the THREE parties.” There is no mention of Scots being consulted on the timetable for change or what will happen in the event Westminster MP’s return a “no” vote on the proposed new powers. Therin lies the problem for Scotland post the 2015 General Election, the “no” vote removed all pressure from Westminster. Scotland gave the Unionist parties, (Labour Tories and Liberals) the freedom to do as they wish with Scotland and they will. 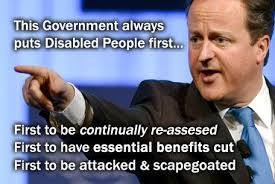 Reflect back to the stance of the Unionist parties in Westminster at the start of the referendum discussions. The Scottish government’s offer to include, “Devo Max” in the questions, to be put to the Scottish electorate was firmly rejected. It had to be “all or nothing”. There is no intention to give Scotland any new powers of note. What will be devolved will be little titbits, giving the appearance of power. 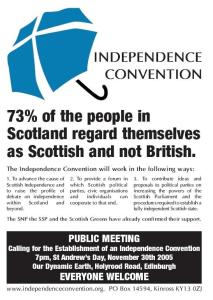 Gordon Brown, the architect of the, “Vow” has previous in this type of subterfuge. His promises to the electorate on taking over the post of Prime Minister said “I will listen and I will learn. I want to lead a government humble enough to know its place, where I will always strive to be – and that’s on the people’s side. We’ve got to honour the manifesto of a referendum on the new EU Treaty . It is an issue of trust for me with the electorate.” The Labour Party, under his leadership denied the UK a referendum and ratified the Lisbon Treaty. 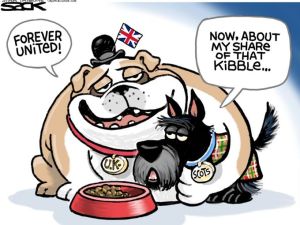 Remember also Cleggs pledges in the Liberal Party 2010 manifesto, which he abandoned so that his party would take up the reins of power with the Tory party. Empty promises indeed. 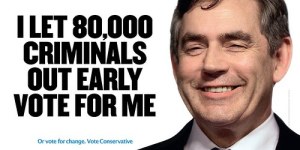 Returning to the 2015 General Election, it is entirely possible, regardless of the outcome that any or all of the present party leaders might resign, to be replaced with new leaders, who could be of a mind to abolish many of the powers presently devolved turning the Scottish parliament into a “talking shop” with very limited responsibility. Scot’s should remember that Westminster is sovereign and can do as it pleases. What it gives it can take away. 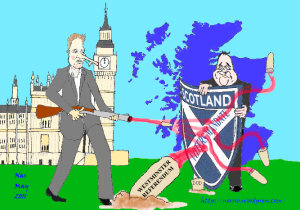 Politicians are unable to pledge anything to the electorate until such time as they have a mandate to govern. Anything pledged therfore, before the 2015 General Election is “tripe” and a clumsy attempt at sleight of hand tactics by the (three amigos) Unionist parties.

Incurring a spend of £3 million on political propoganda is a gross misuse of the nations finance but this is presented by Con/Dem politicians as the acceptable face of Unionism. They underestimate Scot’s who are able to spot a liar when they see one. 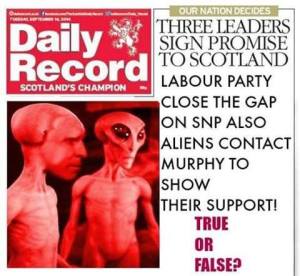 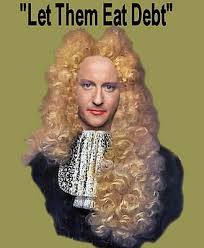 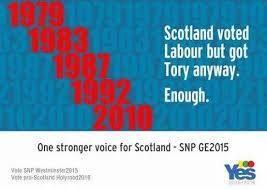 Is there anything Scots can do to claim their future?

There is. Vote SNP. A large group of Scottish MP’s fully committed to the Scottish electorate will provide the impetus for change ensuring Westminster MP’s do not backslide. A Scottish vote for labour or any of the other Unionist parties is a wasted effort since they vote with the party line which is not always to the benefit of those that they purport to represent.