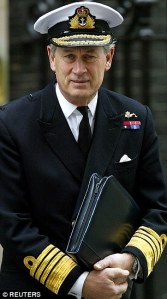 1. The Chilcott Inquiry – The Role Of the Military Elite

a. Top Brass who failed to stand up to politicians over the rush to war in Iraq are likely to face criticism in the long-awaited report

b. Senior military officers advised the inquiry that they were concerned about the pressure of fighting wars simultaneously in Iraq and Afghanistan, shortages of equipment, and an inability to prepare British troops properly for war because Tony Blair did not want the plans to become public.

c. In a democracy, it is the politicians’ job to give orders to the military and expect them to be carried out, but the report is likely to raise questions over whether the Generals could have highlighted more forcefully, warnings about the army’s shortcomings in terms of it’s readiness for war.

d. Admiral Lord Michael Boyce, the then Chief of the Defence Staff, told the Iraq Inquiry he had been slapped down by ministers for complaining in the run-up to the invasion. He said then Defence Secretary Geoff Hoon, who had never served in the Armed Forces, told him to make his military assessments ‘more of a glass half-full rather than half-empty’.

e. He also said he was banned from buying equipment for troops until four months before the invasion – contributing to shortages of body armour and other kit in the early days of the conflict. Some units, including the 7th Armoured Brigade – the historic and war-hardened Desert Rats – were only battle-ready the day before the invasion.

f. Asked by the inquiry if he had confidence Lord Boyce and Mr Hoon had passed the concerns of the time to the Prime Minister, a sceptical-sounding General Lord Richard Dannatt, then the Assistant Chief of the General Staff, said: ‘They told me they were.’ Lord Boyce said he raised his concerns with Mr Blair – but was given short shrift.

g. It was not until November, just four months before the war, that defence chiefs were able to make ‘overt’ preparations. 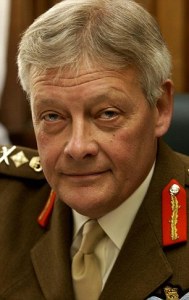 h. General Lord Michael Walker, promoted from head of the Army to Chief of the Defence Staff in May 2003 – two months after the invasion – admitted to the inquiry the military was ‘overstretched’. But he has stood accused of pushing politicians to include more ground troops to boost ‘morale’ among soldiers – a claim he vehemently denied. A year later, he said, Britain’s entire military top brass threatened to quit in protest at Gordon Brown’s proposals for savage defence cuts while the UK was fighting on two fronts. 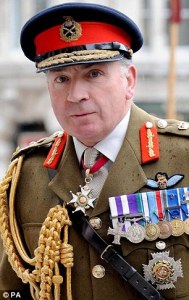 i. Lord Dannatt, who was involved in planning for the invasion, told the inquiry the ‘desire’ of the Army to send a large force to the war zone was ‘not huge’. But he added: ‘From a professional point of view… there was a bit of a feeling that if the US was going to go in and conduct an operation… there may have been a little bit of a professional feeling, “We should be doing this.”

j. Sir Michael Graydon, a former head of the RAF, said yesterday any criticism in the report would probably look at the advice of the military advisers in drafting the discredited dossiers which made the so-called case for war. http://www.dailymail.co.uk/news/article-2920788/Jeremy-Heywood-accused-defying-vow-release-documents.html

2. I previously wrote to many aspects of Tony Blairs rush to war and the many failures of military heirachy and politicians. A number are listed below. 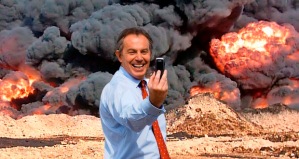