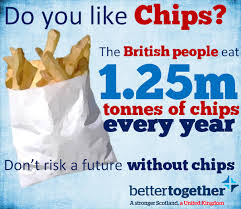 In the final days of the 2014 Scottish independence referendum the pendulum finally swung in favour of  a “Yes” vote.

Just as it appeared that the Westminster state funded campaign of media manipulation, disinformation, frighteners, celebrity love bombing, world political leaders support and the “ace in the pack” intervention of the Queen had failed.

The Westminster establishment illegally promised a “Devomax” sweetener through a National newspaper.

Further aiding “Better Together” the studiously impartial BBC provided Gordon Brown with an unprecedented four hours of blanket media exposure allowing him to deliver a long and rambling speech to  a captive Scottish television viewing public.

Brown’s widely promoted rhetoric proved to be successful when, a few days later, faced with the reality of a vote a number of Scots expressed a preference to retain the Status Quo.

Events since have exposed the cynical behaviour of politicians who conspired together across the political spectrum agreeing a promise of “Devomax”  withe the knowledge it would not be delivered.

Yet again the political maxim of “delay is the most invidious form of denial” was successfully applied and Westminster prevailed.

The Democratic Party campaign was largely organised and delivered by the same Obama supporting electoral team that had assisted the Westminster “Better Together” campaign in the 2014 Scottish referendum.

The differing outcomes of the two campaigns is best explained by the influence of a fast-maturing “social media” driven by internet users who exposed the hypocrisy of the US political elite.

In doing so disenfranchised voters added another dimension to the mainstream media, questioning its honesty and integrity. The  2016 European Community referendum also produced a surprise result exposing a wide political difference in the views of the electorates of England and Scotland.

Scotland preferred retention of EU membership but Scotland was forced to conform to the wishes of the English electorate and the Westminster establishment.

The “Brexit” notification was served  on the EU by Westminster in March 2017 with a formal withdrawal expected to be completed within two-three years, (March 2019-2020).

But the Westminster government proposals for Brexit are not acceptable to the EU leaning Scots electorate and it is expected the proposals, if forced upon Scots may trigger another Scottish Independence Referendum.

Preparing in advance for a Scottish challenge the Tory government in Westminster created a “Constitutional Civil Service Team”.

The team is fully financed with Scottish Grant money purloined by the Secretary of State for Scotland to whom it reports.

Its remit, carried over from the 2014 independence referendum when it was credited with winning the referendum for the Tory’s is to nullify any challenges to the retention of the United Kingdom.

The team, as it was in the 2014 Independence Referendum will be enabled in its campaigns of disinformation by the BBC and UK press.

A pseudo-Scottish government is based in London at present but is scheduled to be relocated to Edinburgh early in 2020, after the Tory Party is re-elected to government.

Developed by President Obama’s election team the tactic had been widely used by “Better Together” in the 2014 Scottish Referendum and in the US 2016 Presidential election.

The attached video (above) provides visual and oral evidence of the  practices operated and should be widely distributed and viewed by young women voters in Scotland.

Just about every time Cameron made speeches extolling the virtues of Britishness and his love for Scotland he,  extracted his information from the Canadian Love-bomb handbook compiled by Canadian government media advisors and widely used at the time of the now notorious Montreal, “Unity Rally” when an estimated 100,000 Canadians gathered in Montreal to “love-bomb” Quebec.

The late introduction of the “below the line”  anti-Scottish independence campaign “Lets Stay Together”  launched in the last 6 months of the 2014 campaign.

Fronted by a number of,  London based, Labour Party celebs the tactic mirrored the previously mentioned, “Montreal Love-Bomb” tactic.

The final frame of the video tells viewers to “call family and friends in Scotland and tell them they’re our ‘best friend'”.

The sickly celeb plea can be directly linked to Cameron’s infamous speech at the Olympic Park in East London in February 2014 (nationwide television broadcast) when he urged “every Briton with a friend or family member in Scotland” to persuade them to vote against independence.

A spokesman blustered that the costly campaign “Let’s Stay Together” was entirely unrelated to, “Better Together” and had no connection to any of the main pro-UK parties in Westminster. Just people wishing to express the english view.

But later investigation revealed the “Let’s Stay Together” campaign was funded by the Labour Party and was set up by three senior advertising industry figures. Namely:

John Braggins: Director of media company B.B.M. who worked closely with the Labour party on elections and planning campaigns and proudly claimed the credit for Labour not losing a single by-election in the period between Blair’s anointing as Labour leader and the 1997 General Election.

Andrew McGuinness: Who contributed financially to Tony Blair’s Election campaigns. He continues to work closely with the Labour Party.

MT Rainey:  Probably the most powerful woman in British advertising who is on record defending the media’s right to create false images.

M&C Saatchi, with a long relationship with the Conservative Party, advised and delivered the campaign’s advertising, marketing and message development.

They worked with a number of other media image agencies, including the “Grey” and “BD” Networks.

TBWA UK, which works with the Labour Party, was also involved in the opening pitch process

Probably the most powerful woman in Scottish/ British advertising Scot MT Rainey is on record defending the media’s right to create false images. Her links with the Labour Party in Scotland are well established.

MT Rainey is the chair of digital advertising agency TH_NK.

TH_NK, is pronounced “thunk”, the noise that the “Let’s Stay Together” campaign made as it landed in the middle of the 2014 independence debate.

It has a large portfolio of high profile clients, including, JK Rowling, the BBC, Channel 4, and the TV Licencing Authority.

In November 2013 at Labour’s Scottish conference in Inverness, Magrit Curran announced that Labour was to set up a new employment taskforce, to be headed by former Labour MP for Dumbarton John McFall ( who now rejoices in the silly made-up title Lord of Alcluith Tywysog of the Strathclyde Britons) and another former native of Dumbarton, a certain MT Rainey.

Not long after, Labour’s national leadership in England announced it was setting up a review of the Creative and Digital Industries.

A member of the review board was to be the busy Ms Rainey.

2 replies on “The Unionist Partys Perceive Scottish Women To Be Politically Weak-Vacillating and Easy To Manipulate and Deliver Their Strategy Accordingly – It Worked in 2014 and the Poor Deluded Fools Havn’t Tumbled Us Yet – They Think!!”

They haven’t stopped campaigning against Scotland and they never will
When asked, my answer is always the same, why don’t all the other countries who gained their Independence from the UK want to come back

So what’s most important to who

The USA controls events in the UK