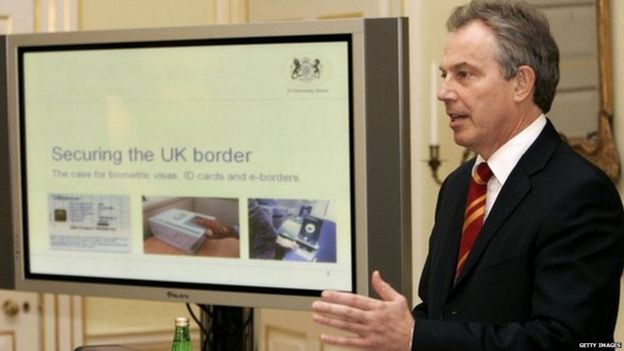 The e-Borders programme, launched by Labour in 2005 was a £1bn attempt to reform border controls.

In 2007 Raytheon, (the US defence corporation) won a nine-year contract to develop and operate the programme.

But three years into the deal,  and not long after her appointment to the post of Home Secretary, Theresa May, terminated the contract with the US defence corporation claiming it was failing.

She further stated the government had lost confidence in Raytheon’s ability to deliver the programme after it had fallen a year behind schedule.

Raytheon threatened to sue the Tory government for £500m, blaming the UK Border Agency for any failings, but both sides entered into binding arbitration to reach a settlement.

The UK government was ordered to pay £50m for terminating the contract without good cause. £126m a refund of asset costs already delivered to e-Borders.  £10m in settlement of contract changes introduced after it had been signed. £38m being interest charges accrued. Total £224m all written off against the public purse.!!!!!!!!

A jubilant Raytheon spokesman said: “The arbitration tribunal found that Mrs May unlawfully terminated the agreement in 2010 and in doing so she repudiated the e-borders contract. The Tribunal denied all Home Office claims for damages and claw-back of previous payments. The Tribunal’s ruling confirms that [Raytheon] delivered substantial capabilities to the UK Home Office under the e-borders program.” (BBC)

Note: the matter ping-ponged in the civil court until 2014 when the Tory government was ordered to settle the bill as charged. Mrs May walked away claiming it had nothing to do with her. I was all the Labour governments fault.

The scheme was supposed to collect, advanced passenger information (API), such as passport numbers and nationalities and was meant to allow officials to “export the border”  by preventing people from embarking on journeys to the UK where they were considered a threat.

The National Audit Office was highly critical of the Home Office for failing to complete the project to boost UK border security – despite spending at least £830 million.

But the scheme was dogged by problems from the time of its launch in 2003 by Tony Blair, until the end of 2014 when the head of the UK Border Force, Sir Charles Montgomery, said “full e-borders capability”, as originally envisaged, would not be achieved, and checks and screening would be incorporated into a new programme.

The e-borders contract was subsequently split in two with IBM and Serco given the job of getting a system in place at nine airports before the 2012 London Olympics. But this was not achieved.

Some of the Audit Office report’s key findings

The Audit Office gave warning that a failure to update a database, (designed to flag up known criminals or terrorists) known as the “Warning Index”  was still in use eight years after its scheduled closure and resulted in an average of two “high priority incidents a week”.

The “Warning Index” operates alongside another system called “semaphore,” but the failure to integrate them meant staff still had to check passports manually and consult printed A4 sheets when probing suspicious vehicle registrations. Some border checks were still being conducted using scraps of paper.

The breakdowns include situations where part of the system is not available or performing too slowly to function, or where it is inaccessible at 30% or more control points at a port or airport. 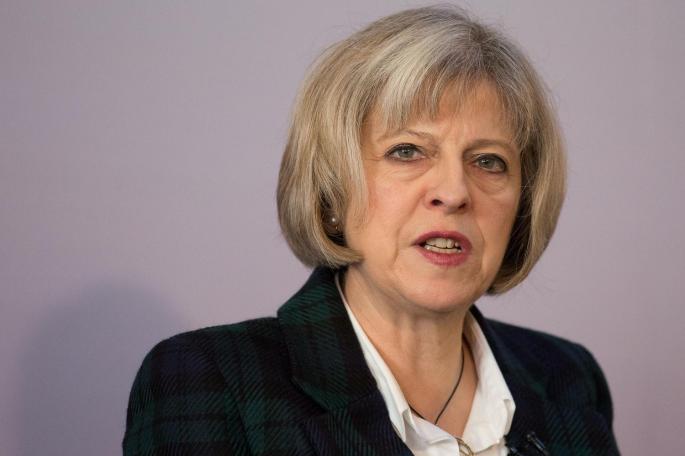 e-borders scheme might be delivered 8 year’s late and cost in excess of £1Bn. Ten times over budget.

A Public Accounts Committee report has criticized the UK Home Office on the botched e-borders programme, saying that the project will end up costing £1bn and delivered eight years late.

In the report, the MPs Committee has also warned that the programme will not deliver the desired benefit.

The e-borders scheme was initially launched in 2003 to keep a track of all passengers transiting in and out of the UK within 10 years.

Primary intention of the programme was to improve border security by collecting data of passengers who enter the country by air, rail and sea by gathering and processing data on them before they reach the border.

The programme was dogged by controversies and problems before it was terminated in 2014, in its current form.

The Home Office initially entered into a contract with US-based technology and defence company Raytheon in 2007, but this was terminated in July 2010 citing that the company failed to reach milestones.

The committee said in its report: “It is now five years since the e-Borders contract was cancelled yet the capabilities delivered so far still fall short of what was originally envisaged. Since 2010 the Major Projects Authority has issued seven warnings about these programmes.

“The Department’s complacency about progress to date increases our concerns about whether the programme will be completed by 2019 as the Department now promises, and whether tangible benefits for border security, transport carriers and passengers will result.”

Major reasons for the delay is the cancellation of the deal with Raytheon under which the company was to deliver its own solution to meet the Department’s objectives to a fixed price and timescale which ‘turned out to be unrealistic’.

“This is an important Report, revealing a history of poor management and a worrying complacency about its impact on taxpayers. It is accepted that successful completion of this project is essential to the security of our international borders. Yet the original target date has long passed and we are still at least three years away from delivery. The stop, start approach has cost the taxpayer dear. I am careful to say “at least” three years from delivery because we are not convinced warnings about the progress of this project have been treated with sufficient gravity, nor that sufficient action has been taken to prevent a repeat of past problems.”

Following the cancellation of the deal with Raytheon, the Home Office  implemented successor programmes, including the Border Systems Programme and Digital Services at the Border, which has already cost £830m, as of March 2015.

The committee has concluded that the Home Office “does not have a clear picture of the management information it has or needs to manage the UK border” and frequent changes in management have added to the worry.

The PAC committee said that the officials are dismissive about the delay despite seven warnings issued by Major Projects Authority since 2010.

The Committee criticised the department saying : “It is difficult to understand where this confidence comes from, given the lengthy delays and continual warnings of ongoing management issues, which gives us cause for concern about the future prospects for this programme which is vital to national security.”

Since 2012, the Home Office’s Border Force directorate is responsible for operating the borders and previously it was being managed by UK Border Agency and the Home Office.

A UK Home Office spokesman was quoted saying that the programme was a “top priority” and “we are investing heavily in our systems to tackle the threat from terrorism, organized crime and illegal immigration. Every passenger crossing our control points into the UK is checked against a range of watch-lists and the UK passport is among the most secure in the world.”   (cbronline)