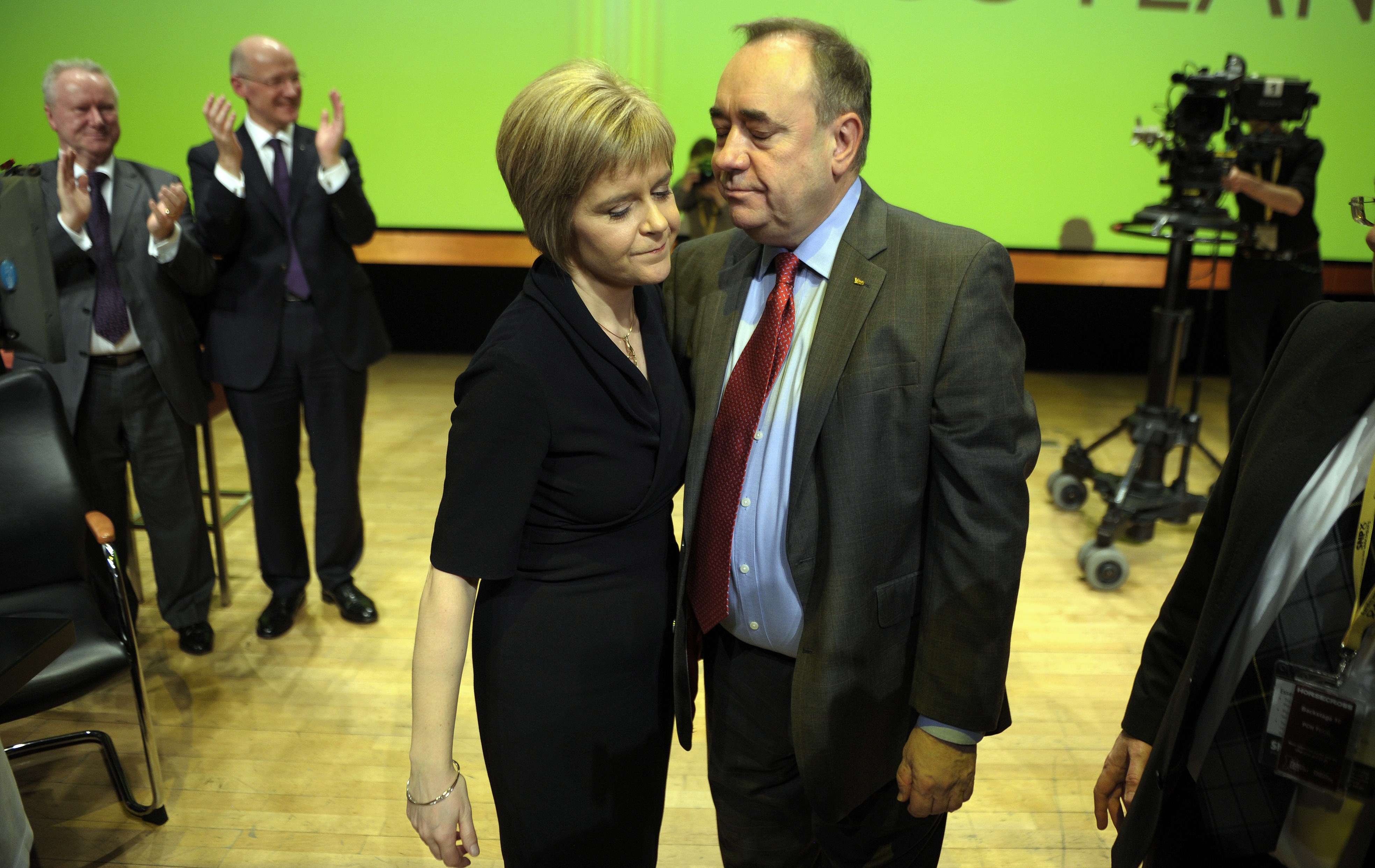 Sky News reporter James Matthews, wrong-footed First Minister, Nicola Sturgeon, at a corona virus briefing asking her to respond to claims from Alex Salmond, in his submission to the Holyrood inquiry that Ms Sturgeon, had misled parliament about her contacts with him while he was being investigated by her officials over alleged sexual misconduct in 2018 and that some of her evidence to MSPs was “false and manifestly untrue” and that she had repeatedly misled parliament.

In response NS said she “did not consider” that she had misled parliament, but it would ultimately be for others to judge. She insisted she took nothing for granted in terms of the trust of the Scottish public, she was not distracted by the row and would, “set out my recollection of events and my account of events and people would then “draw their own conclusions”.

NS told the inquiry that she had met AS at her home on 2 April 2018, in her capacity as a party leader – meaning no Government officials were present or minutes taken.

AS claimed NS had arranged the meeting four days earlier, on March 29, in her Holyrood office with his former Chief of Staff, and it was clear that the meeting would discuss the Government’s misconduct probe.

NS said later that she had “forgotten” the March 29 meeting as it had been a busy day at Holyrood.

Matthews probed further and asked NS whose recollection of the March 29, 2018 meeting was correct – hers or Mr Salmond’s.

NS replied saying “These are matters that are under investigation both by a parliamentary committee on inquiry and also by an independent adviser on matters relating to the ministerial code.

The Purpose of the Holyrood Inquiry

The inquiry is looking into how the Scottish Government botched its probe into sexual misconduct allegations made against AS in 2018. AS had the exercise set aside in a judicial review by showing it was flawed from the start and “tainted by apparent bias”, a Government error that left taxpayers with a £512,000 bill for his legal costs after the Scottish Government’s defence of the judicial review collapsed in January 2019.

NS revealed in a letter to the inquiry that she had had three meetings and two phone calls with AS while claims against him were being investigated.

She insisted these were conducted in her capacity as “Party” leader, and were not government business.

In his letter to the inquiry AS wrote: “In her written submission to the Committee, NS belatedly admitted to meeting with Geoff Aberdein, former chief of staff to AS, on 29th March 2018, claiming to have previously ‘forgotten’ about it.

That is, with respect, untenable. The pre-arranged meeting in the Scottish Parliament of 29th March 2018 was “forgotten” about because acknowledging it would have rendered ridiculous the claim made by NS in Parliament that it had been believed that the meeting on 2nd April was on SNP Party business and thus held at her private residence.

In reality all participants in that meeting were fully aware of what the meeting was about and why it had been arranged. The meeting took place with a shared understanding of the issues for discussion – the complaints made and the Scottish Government procedure which had been launched.

The First Minister’s claim that it was ever thought to be about anything other than the complaints made against me is wholly false.”

If true, this would mean Ms Sturgeon broke the ministerial code by deceiving parliament. It would also indicate she became involved in the Government probe, despite insisting she had stepped back from any involvement in case it looked as if she was taking sides.

Mr Salmond has said he is prepared to repeat his claims in person to the inquiry under oath.

It emerged during AS recent criminal trial, at which he was acquitted of 13 charges of sexual assault, that a meeting took place on 29 March 2018 in the First Minister’s Holyrood office and was attended by NS, a government official and, AS, former chief of staff, Geoff Aberdein.

No evidence was heard at the trial about the content of the 29 March meeting, but Sky News reported that it had viewed a written account indicating the complaints against AS had been discussed, contradicting what NS told the Scottish Parliament. The account stated:

Details of the meeting were recorded during precognition interviews prior to the criminal trial and Mr Aberdein revealed his involvement while giving evidence as a defence witness. He told the court he had been contacted by an aide to Ms Sturgeon in the spring of 2018 and it triggered a series of subsequent meetings.

29 March 2018 – Geoff Aberdein met Nicola Sturgeon in her Holyrood office. A senior Scottish government official was also present. The conversation was around the fact of the complaints, without discussing the specifics of them. There was discussion about the investigation, the process of it, the fact it was a civil service investigation being conducted by civil servants.

02 April 2018 – Nicola Sturgeon met Alex Salmond at her house in Glasgow. She told the Scottish Parliament that this was when he first informed her of the complaints against him. Geoff Aberdein and a senior Scottish government official. were, among others present in the house at the time.

20 Jan 2021: Geoff Aberdein Written Submission to the Inquiry Might be Nullified Since it was Used in the Criminal Trial of AS

It is entirely feasible that the Inquiry will decide that NS did not act inappropriately. The play on words being, 29 Mar: “The conversation was around the fact of the complaints, without discussing the specifics of them.” and 02 Apr: “NS met AS at her house in Glasgow. She told the Scottish Parliament that this was when he first informed her of the complaints against him.”

There was discussion about the investigation, the process of it, the fact it was a civil service investigation being conducted by civil servants” directs the the reader to the view that NS told the truth. Specific allegations of misconduct pertaining to AS were not the subject of any conversation since the civil service led investigations had not yet been completed. And the first formal mention of the allegations from AS to NS was on 02 Apr.

Ms Evans was at pains in a series of “testy” answers to questions asked of her by Inquiry members focusing on employment and discipline, that civil servants were her responsibility and accountable, through her to the Cabinet Secretary in London.

Civil servants are therefore employed by the “Crown”. There are no Scottish civil servants and this leads to the conclusion that there is one single set of rules and regulations pertaining to employment law and terms and conditions of employment for all civil servants and any procedural changes, such as the draft produced by James Hynd, Head of Cabinet, Parliament, and Governance, would need to be approved by the Cabinet Secretary in London.

Confirmation of the need for the Cabinet Secretary in London to approve procedural changes was confirmed when Ms Evans allegedly  drafted and sent a letter, around 8 Nov 2017,  to the Cabinet Secretary in London outlining the nature and scope of Mr Hynd’s draft proposals for procedural changes to the civil service code for the handling of sexual harassment complaints.

In reply, an as yet unidentified senior civil servant in the Cabinet Office in London, replied to say that the Cabinet Office was “very uncomfortable to be highlighting a process for complaints about Ministers and former ministers”.

Ms Evans and the Scottish Government was thrown a lifeline from London strongly advising against any widening of the scope of the proposed new guidelines of employee harassment to include former ministers or in this case former First Ministers since this could only rope in Alex Salmond and there was no precedence within the civil service of a formal internal inquiry into the conduct of a senior officer who was no longer in the employ of the state. That so clear a warning was ignored beggars belief.

Although events are unclear any correspondence between the Ms Evans and London must have encouraged her to instruct Mr Hynd to desist from any further development of a retrospective draft lookback procedure and to stick to the remit she had given him on 31 Oct 2017. An instruction that she was forced to withdraw on 17 Nov, following receipt of a “Letter of Instruction” from Nicola Sturgeon.

17 Nov: Liz Lloyd and the First Minister’s Principal Private Secretary (PPS) John Somers decided that an “instruction” would be compiled and sent from the First Minister to Ms Evans providing clarity that consideration of a policy relating to ministers and former ministers was within the scope of the original cabinet commission. And in furtherance of this, after an exchange of emails, the two officers amended the content of the draft “instruction” to ensure it harmonized with the latest draft procedure so that when considering it, it would be clear that the draft policy would scope incidents earlier than 2007. A copy of the final draft note was forwarded to the First Minister’s office for her consideration over the weekend to ensure work on the procedure could continue.

It read: “As is clear from the continued media focus on cases of sexual harassment, in many instances, people are now making complaints regarding actions that took place some time ago. I wanted to make clear that in taking forward your review, and the new arrangements being developed, you should not be constrained by the passage of time. I would like you to consider ways in which we are able to address if necessary any concerns from staff – should any be raised – about the conduct of current Scottish Government ministers and also former ministers, including from previous administrations regardless of party. While I appreciate that the conduct of former Ministers would not be covered by the current Ministerial Code, I think it fair and reasonable that any complaints raised about their actions while they held office are considered against the standards expected of Ministers. I would be grateful for confirmation that this particular aspect is being included as part of the review you are leading.” No pressure then?

24 Nov: Liz Lloyd unbelievably ascertained later that she had no knowledge at this time of the incidents that were subsequently investigated under the new procedure.

Afternote: 08 Sep 2020: Evans previously told the inquiry team that she would not see a “natural role” for a special advisor (Liz Lloyd) in the Scottish Government response to the judicial review brought by Alex Salmond.

But a freedom of information response last year listed 17 meetings at which lawyers involved in the judicial review met with Nicola Sturgeon or senior staff, with Lloyd present at three meetings in Oct and Nov 2018. Faced with the revelation Evans was forced to correct her evidence to state that Nicola  Sturgeon’s political special advisor, Liz Lloyd, did take part in meetings about the case.

Summary: These events have never been raised, addressed or discussed in any meeting of the Inquiry team and I am wondering if the subject matter is simply gossip. If accurate the exchanges of correspondence would reveal much more than that which is already in the public domain. 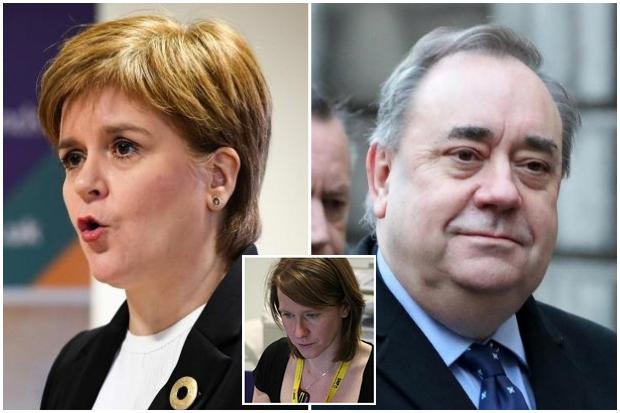