Expanding on Goldsmiths business activities before his move into British politics. 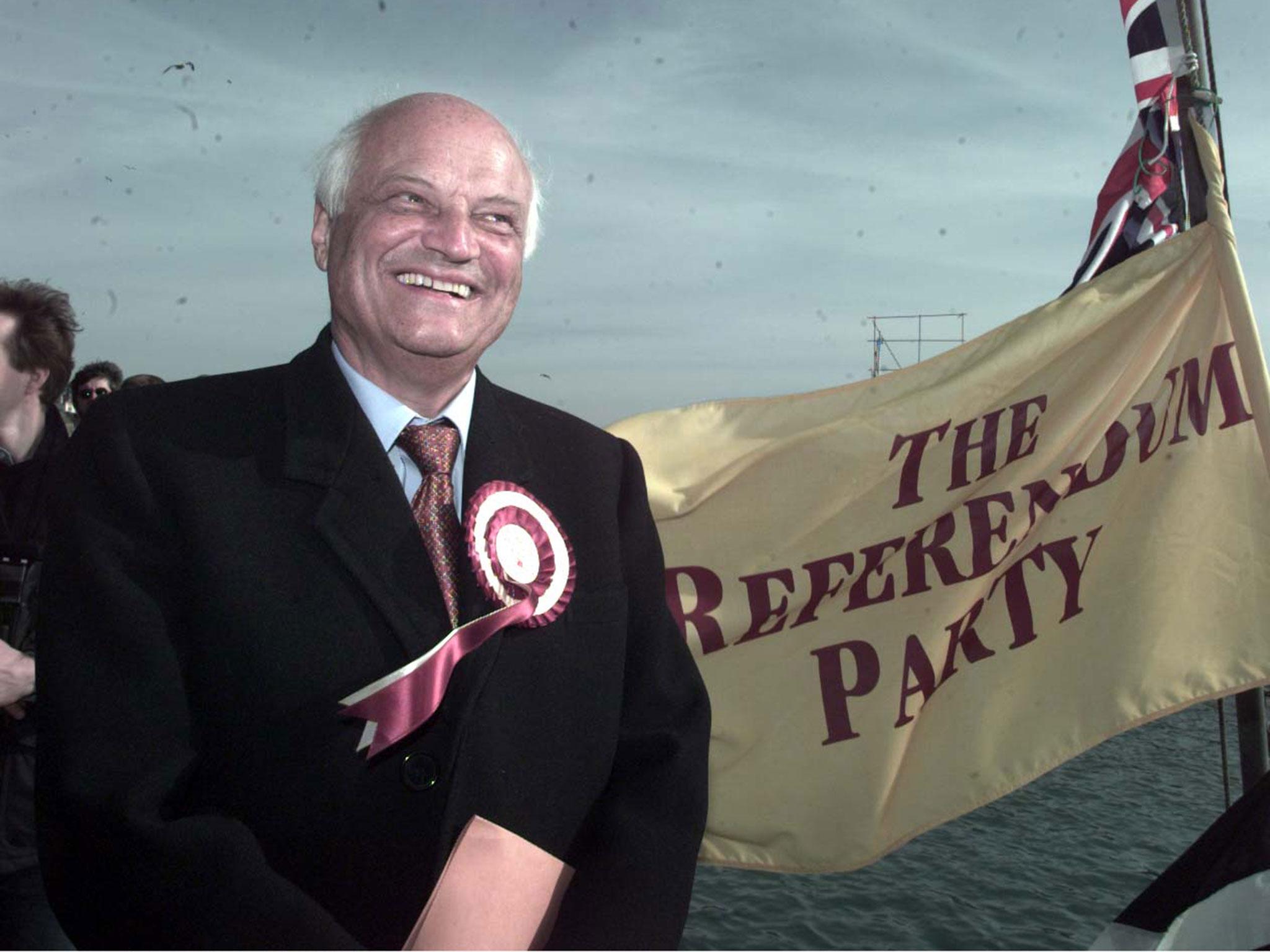 The Goldschmidts – Bankers of Germany

The Goldschmidts, neighbours, and rivals to the Rothschild family, were a wealthy, Frankfurt-based, Jewish family, who had been influential figures in international merchant banking since the 16th Century.

His great-grandfather was Benedikt Hayum Goldschmidt, founder of the Bank B.H. Goldschmidt [de] and consul to the Grand Duke of Tuscany.

His grandfather Adolphe Benedict Goldschmidt (1838–1918), a multi-millionaire, was a financial adviser to Bismarck during the rise of the German Empire.

He relocated his family to England in 1895 and re-established his bank in London.

The family-owned a large number of high-class hotels in France and wider Europe. The business was overseen by his father Frank (1878-1967) who had had to flee France with his family when Nazi Germany overran the country in 1940, only just managing to escape on the last over-loaded ship from the French port of exit, leaving behind their hotels and much of their property. 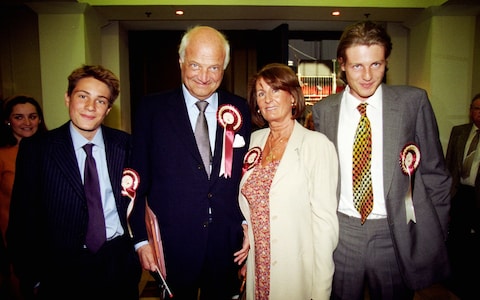 His first wife, whom he married when 20, was the Bolivian heiress Doña María Isabel Patiño y Borbón, the 17-year-old daughter of tin magnate Antenor Patiño.

When Goldsmith proposed the marriage, it is alleged his future father-in-law replied, “We are not in the habit of marrying Jews”.

Goldsmith is reported to have replied, “Well, I am not in the habit of marrying [Red] Indians”.  The story, if true, is typical of Goldsmith’s humour.

The couple eloped to Scotland and were married in January 1954. The marriage was brief. Rendered comatose by a cerebral haemorrhage in her seventh month of pregnancy, Maria died in May 1954.

Her only child, Isabel, was delivered by caesarean section and survived. She was raised by Goldsmith’s family. On her father’s death, she inherited a large share of his estate.

Goldsmith’s second wife was Ginette Léry with whom he had a son, Manes (born in 1959), and daughter, Alix (born in 1964). The marriage was dissolved by divorce in 1978 but they shared a house in Paris until his death and he built her a house on his Cuixmala estate.

Zac and Jemima both became much reported-upon figures in the media, the former being a Conservative MP for Richmond Park from 2010 to 2016 and again from 2017 to 2019, and the latter a journalist who was married to Pakistani cricketer and prime minister Imran Khan between 1995 and 2004.

After his third marriage, Goldsmith embarked on an affair with Laure Boulay de La Meurthe (granddaughter of Bruno, Count of Harcourt and Princess Isabelle of Orléans), with whom he had two more children, Jethro and Charlotte.

Rumours about Goldsmith’s romantic life was a popular topic in the British media. One newspaper speculated that Goldsmith was the father of Princess Diana, due to his close friendship with Diana’s mother and, later in life, with Diana herself (Wikipedia)

Goldsmith, together with his friend Rupert Murdoch’ was an integral member of the Reagan-Bush “secret government” apparat known as “Project Democracy.”

An official of the CIA’s retirees lobby, the Association of Former Intelligence Officers, who served in the CIA London station described Goldsmith as a “member of SIS (British Secret Intelligence Services) old-boys’ board of directors” and the private financier who handled British intelligence’s “Israel account.” 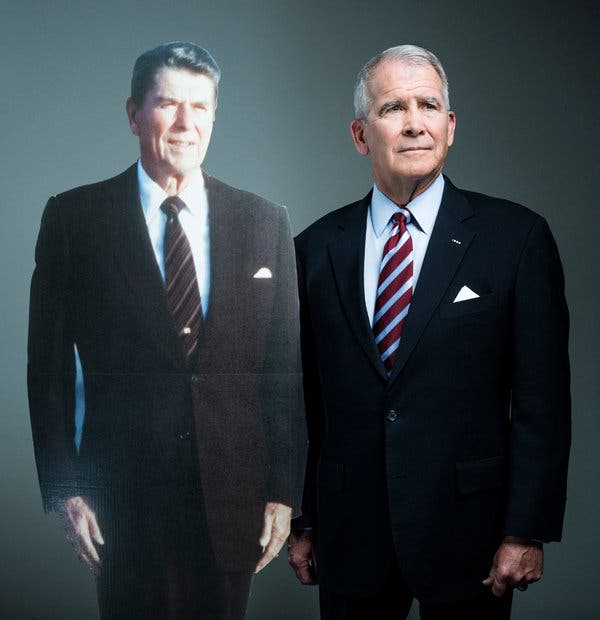 Documents released during Oliver North’s trial and from the congressional investigation of Irangate detailed Goldsmith’s role in the “public diplomacy” program coordinated by career CIA official Walter Raymond who was working out of the National Security Council (NSC).

Raymond ran a covert propaganda machine whose tasks included the discrediting of opponents of the Reagan­-Bush administration’s Iran and Contra initiatives. 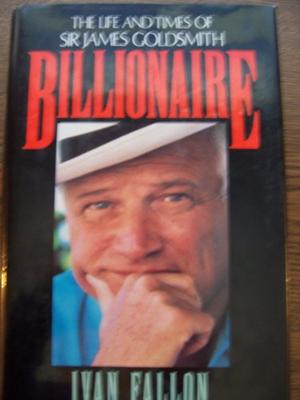 The Wall Street Journal noted that Goldsmith was a major partner of Boesky in his operations, having invested $3 million in the Boesky deal.

Boesky was characterized in the Washington Post of Nov. 21, 1986, as follows: “Boesky is known for his passion for the State of Israel and Jewish causes.”

He was appointed to the notorious Holocaust Commission by President Reagan, for whom he had been active as a fund-raiser.

These connections stood him in good stead when Sorkin of the Securities Exchange Commission announced a supposedly heavily punitive assessment against Boesky, an unprecedented $100 million, of which $50 million was a fine and $50 million for “restitution” to investors.

This seemed a drastic penalty, but the Wall Street Journal promptly pointed out that $25 million of this fine will be allowed as a tax deduction for Boesky.

The SEC also outraged Wall Street investors by allowing Boesky to unload $440 million worth of stocks before announcing their punitive action against him.

These stocks, principally holdings of Time, CSX, and Goodyear which Boesky had been buying for future takeover action, immediately dropped 15% in value, which meant that Boesky picked up about $70 million in profits by unloading them, while other Wall Street investors lost heavily. Merrill Lynch alone lost $40 million because of Boesky’s stock dumping.

At the same time, Morgan Stanley’s real estate division was selling Boesky’s Beverly Hills Hotel (Boesky married the daughter of Ben Silberstein, who owned this hotel) for $140 million, of which Boesky will receive half, or $70 million.

The SEC also allowed Boesky to trade stocks until April 1988, which caused further anger among investors who have been damaged by his manipulations.

The American public was not informed that Boesky’s profits, large though they were, are minuscule compared to the profits made in these takeovers by the major players, Sir James Goldsmith, and his partners, the Rothschilds. (Executive Intelligence Review)