The BBC was first formed then developed by Whitehall spooks who perceived the medium of radio and subsequently television to be well suited to control and manipulate the thoughts and actions of the population of the country and wider afield through the subversive misuse of information.

Over a century of operations the corporation and their controllers have basked in the glory of the dubious praise of excellence in the use of mistruth and loaded language from “spooks” and their handlers worldwide.

But taxpayers should not be saddled with meeting the huge cost of maintaining a monolith which has no place in modern society and the use of the BBC as a weapon of propaganda against Scots who fervently wish to be free of the invidious control of Westminster is an affront to the expression of human rights contained in the United Nations Charter.

The BBC licence fee had been frozen from 2010 and throughout the period of austerity following the worldwide financial meltdown. In 2015, the Corporation claimed to be in deep financial trouble and pleaded to be allowed to increase the licence fee.

The cost of providing free licence fees for pensioners over the age of 75 had been previously charged to “Welfare” expenditure but Chancellor  “sniffer” Osborne had imposed a £12 billion expenditure ceiling on this department.

A revised contract was agreed between the government and the BBC ending in June 2020, containing the rider that the corporation would absorb the cost of free licence provision for pensioners over the age of 75, estimated at £700 million annually, but with an understanding that at the end of the agreement the corporation would be given free rein over setting the level of the annual licence fee.

Their projection was that a fee of around £200 per annum would need to be charged to users (after June 2020) offsetting the cost of maintaining free licences for pensioners over the age of 75.

The Tory government reneged on the deal in 2017 when it handed the reins of power to Theresa May who called for a snap General Election in that same year.

The next General Election not scheduled for May 2022 and it was proposed by the Tories that the commitment the Tory Government and the BBC entered into in 2015, should be extended until after May 2022.

But rejecting the proposal, Jeremy Wright, the then Tory Party, Culture Secretary said: “The decision is not for the government to make any longer. It is for the BBC to make”.

The final act of the Tory government was a cynical orchestration of a deviously fiendish plan transferring the problem away from government to the BBC then subsequently onto the taxpayers, who would need to decide if they would be content to subsidise, through their annual subscription, the continuance of free licences to pensioners over the age of 75 and a likely annual fee in excess of £200.

The BBC decided not to pursue a major increase in the licence fee opting instead force pensioners over the age of 75 to pay an annual licence fee in line with other taxpayers.

As anticipated by the cynical Tory government the policy adopted by the BBC has generated a backlash from the taxpayer, who, in time will most likely demand a major restructuring of the Corporation in response to the challenges of other television providers who are consistently and increasingly producing and delivering excellent quality services without the compulsory exorbitant costs charged to taxpayers by the BBC. 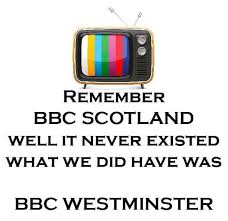