The 1707 Acts of Union supposedly joined Scotland and England together as equal partners but Janus faced England had another agenda that did not include a partnership in any shape or form.

Its motto then was and still is “to the conqueror goes the spoils. “

The situation in Scotland in 1707 mirrors events in Catalonia in 2017.

Mass protests and 90% majority against the union.

But Scotland in 2014 failed to get a majority of the electorate to support independence. And it remains uncertain there will ever be a referendum in which a majority of Scots will vote to break free from the shackles of serfdom imposed upon them by a rich and powerful English elite.

The purpose of this blog is to provide an analysis of significant events over the past 300 years exposing the cynical exposure to and the imposition of the “Stockholm Syndrome” on the People of Scotland.

The book “Highland Resistance” by Iain Fraser Grigor tells the story of anti-landlord agitation and direct-action land-raiding from the great sheep-drives in Sutherland at the end of the eighteenth century, on through the anti-eviction resistance that characterised the worst years of the notorious Clearances, and on again by way of the huge crofters’ agitation of the 1880s to continuing inter-war raiding and reform and the last great land-grab at Knoydart in the 1940s.

The aggressive and confrontational behaviour of the English government, before the signing of the 1707 Acts of Union and the brutality of the Whig government after is revealed in the book and I highly recommend it as a read.

Three extracts from the book are provided below. The content is heartrending.

Scotland will only gain freedom from England when Scots are fully aware of the systematic indoctrination and subjugation imposed upon them by a Westminster government which takes every pound from scots and gives them 10 pence in return in the form of a grant then castigates Scots as a nation of lazy, drunken, drug-taking, wife-beating, bastards who are wholly reliant upon England for handouts to survive.

As early as the 1730s, with the ink scarcely dry on the Treaty of Union, George Buchanan’s Latin histories of Scotland were alleged as unfit to be ‘put in the hands of our Scotch youth while at school, now there is a Union between the two Kingdoms, for fear of awakening that Old National Grudge, that should now be sopited [suppressed as discreditable] and industriously forgotten’.

In the second half of the same century, the government’s censors extended this animosity to the theatre.

The Lord Chamberlain’s office refused a licence for the performance of Duval’s Prince Charles Stuart, for instance, and granted permission only to plays which portrayed the Scots as quaint pastoralists or comic characters, and which ridiculed Scottish manners, character, and speech.

And by the middle of the following century, with the Knoydart Clearances satisfactorily completed, the Times could assert that ‘Scotland is a country manifestly in want of a grievance.

She labours under the weariness of attained wishes and the curse of granted prayers. Good fortune has joined her inseparably to the richest and most enterprising nation of modern times. Never was a territory north of Latitude 55 Degrees so favoured before’.

An echo of these sentiments is still found with reference to the modern Highlands. Consider a humorous item in the Daily Telegraph Peter Simple column from the autumn of 1981.

“Clackies, as these small, tough unusually ferocious dogs are called in Scotland, tend to bight anyone they can get at on sight. They were formerly used by landlords’ agents to evict crofters in the West Highlands. A couple of Clackies down the chimney would soon have the crofters and their families outside and running for their lives”.

This item was judged so excessively funny that, with an admirable economy of effort, it was reprinted fifteen months later in the same column: “In the days of the Highland clearances, they were used by landlords’ agents for evicting obstinate crofters. A couple of Clackies down the chimney had the wretches out in seconds, running for their lives in the direction of the nearest port where they might hope to get a boat for Nova Scotia”.

This same sort of pertinaciously generous humour was detectable at the Isle of Eigg “Games” in 1984.

The festivities commenced the evening prior to the Games themselves with a cricket-match (for which the proper gear and costume was plentifully supplied) on that island beach where once the Norsemen hauled their longships for easy respite from the Minch, and across which at dusk cries rang in tones appropriate to such spirit as these Games, in such a location, may be thought to represent.

The following morning, things got underway with a suitable seriousness.

“The McVaugh family had flown in from Philadelphia despite imminent business meetings in Tokyo and Paris. Distant German cousin Axel von Schellenberg had arrived that morning from Frankfurt, chartered a helicopter at Glasgow airport and landed on the croquet lawn.

The Clanranalds (led by Ranald MacDonald, Chief of Clanranald and Hereditary Chief of the Western Isles) wore kilts during the windsurfing.

The Great Eigg Campaign re-enacted the bloody struggles between the Hanoverians and the Jacobites. Barbour jackets and wine-bottles littered the verandah. Dimly I could see a figure under an enormous white pith helmet, standing in a jeep which proudly bore the Union Jack flag’.

Or consider the opinions attributed to an interviewee by Vogue magazine in the same recent period, and happily published without apparent thought given to the appropriate race-relations legislation.

According to Vogue, the traditional [sic] west-Highlander was ‘sloppy and dirty. They lie. They are fantasists with a babbling loquacity and an inability to look people in the eye’.

Or again, as another observer of this ‘traditional’ Highland scene in 1990 counselled in a local newspaper its indigent readers: ‘Local people do not want to work. They are unreliable. It is outsiders who achieve things here, not your Highlanders and Islanders.

Be less anti-English, without us you would have drifted off into the Atlantic by now’.

And yet, and yet: the record of popular struggle, of popular aspiration to some sort of cultural and national integrity, will not lie down, will not be written, or humoured, or patronized, out of its own history. Many Highland writers have born witness in recent years, and in a very direct way, to this tradition of struggle. 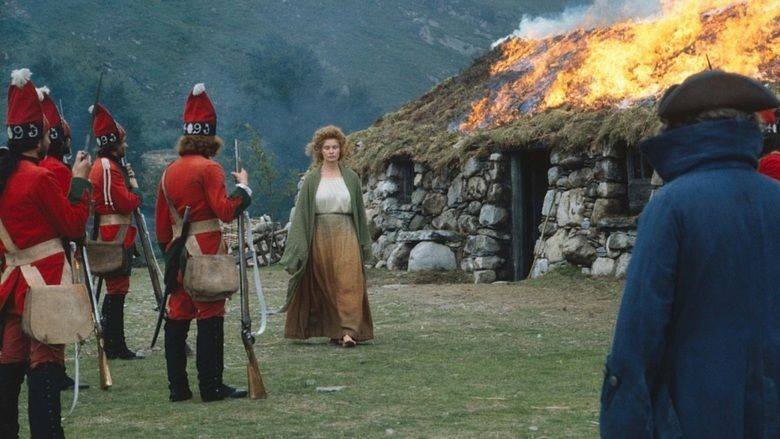 In the mid-1970s records revealed that:

“One hundred and forty individuals or companies owned just under half the Highlands.

Four individuals owned just under half a million acres.

Seventeen individuals or companies owned sixty-nine percent of the land of Caithness.

Thirty-eight owned eighty-four percent of the land of Sutherland.

Sixty-seven owned eighty percent of the land of Argyll.

Seventy-six owned eighty percent of the land of Ross and Cromarty.

Sixty-three owned sixty-two percent of the land of Perthshire’.

And in the early 1980s, a report on land ownership and use in the Highlands and Islands identified aged and absentee landlords as a major factor in the under-utilization of land in the area.

It added that the popular image of the absentee Highland landlord as the product of an English public school, followed by perhaps Oxbridge or the Services, was accurate.

About half of the landowners in the north of Scotland could be regarded as absentee.

Of those of who were listed in Who’s Who, more than two-thirds had attended public schools – and of the forty-six who had attended university, Oxford was almost the exclusive choice.

Many landowners had a background that included some military training and almost one-third still retained their military titles.

No less than half of the estates which had titled owners a full century earlier remained in the possession of the same family. 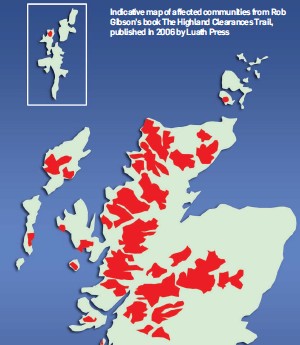 The Forestry Development Rip off

In the 1980’s entertainers and television presenters, (some of whom are still around today) milked the public purse by buying into dubious Scottish forestry schemes allowing them to get rich quick at the expense of Scottish taxpayers.The controlling factor was the was to provide tax-break schemes for the very rich.

Many experts heavily criticized the schemes as being “barely competent”. Of some proposed plantations, an added comment stated that it was “difficult to avoid the conclusion that they are simply thinly disguised deer shelters financed, in considerable measure, out of the public purse”.

“The gross cost of afforestation work before tax relief of grants is up to £1,000 per hectare spread over the first six years.

The rest, £760, is your business loss for the year, and under tax schedule D you can claim it against tax which you are paying at 60 percent.

After a relatively small number of years – perhaps ten – the investor can then sell to an institutional purchaser like a pension fund, who have no tax incentives to plant bare land but are prepared to buy plantation land to invest in the physical growth of the crop and the inflation of land and crop values.

Cumberland – The Butcher of Culloden