Lamont has ambitions to lead the United Kingdom government in Edinburgh should the next general election bring about the demise of the Tory party in Scotland, (except for himself) but return yet another right-wing Tory party in England.

He is the last man standing from the select cabal that removed Annabel Goldie from office and replaced her with Ruth Davidson and David Mundell.

Maybe, just maybe he will get his comeuppance and be consigned to the political wilderness by canny Scots in his constituency, fed up with being lied to and abused by the people they placed their trust in.

A brief examination of the short political career of Lamont. Recently appointed to membership of the Tory 1922 committee. He is in the ascendency in the Tory party.

Political shenanigans within the Tory Party in Scotland

Ruth Davidson’s relationship with Mundell pre-dates even her election as an MSP.

In 2010, when she was on a hiding to nothing as the Tory candidate in Glasgow North East, ex-BBC journalist Davidson volunteered to help Mundell with TV debate prep as well as some general bag carrying.

This was not glamorous stuff: at one point, she found herself in the car park of a 24-hour Asda in Dumbarton, sewing kit in hand, after the shadow Scottish Secretary ripped his trousers en route to a campaign event.

It was here — the campaign trail, not the car park — where Davidson came to value Mundell’s skill as a strategist and an organiser.

When Davidson became leader she installed Mundell as interim chairman of the party in Scotland.

This was a front for Mundell to head up a small group of trusted allies tasked with steamrollering through a modernisation agenda.

Over the next 48 hours, the quintet planned the resurrection of the Scottish Tory Party, which they assumed would take ten years rather than the five Davidson actually needed.

Mundell led the quintet behind the scenes for the next two years, on top of his duties as a Scotland Office minister.

A close ally of Davidson, says many of the ideas for which she has been given credit were actually the brainchild of the man she likes to call her ‘work husband’.

It was Mundell who thought up Conservative Friends of the Union, a group that allowed the party to reach 80,000 non-members, recruit Labour supporters and raise hard cash.

Davidson refers to him privately as a ‘co-architect’ of her rejuvenation of the Scottish Tories.

Their relationship is so close that a source tells me Davidson asked and Mundell agreed to officiate a civil wedding between her and partner Jen if the Church of Scotland was not conducting same-sex ceremonies when the time came.

David has always been part of it. He was the one that persuaded Ruth to stand for the leadership when she thought she was too new and too green and he’s been part of the core team ever since.

You talk about people “in the room” when decisions get made, David has been in the room with Ruth for every important decision, every campaign plan, every polling report and every major change as she overhauled a creaking and failing party and turned it into one that could win seats and advance across Scotland.

They are very different people and often come at things from different angles but they never brief against each other, never allow any disagreement to go public and genuinely have each other’s backs both within the party and against the world.’

Given all this, it’s not surprising to learn that Davidson spoke directly to Boris after his victory and lobbied him to keep Mundell in place until any replacement could gain ministerial experience.

What is harder to reconcile is that a new Tory leader, who polls in Scotland somewhere south of Freddy Krueger, who has basically no working relationship with the Scottish Tory leader, would snub her first request to him as Prime Minister.

In sacking Mundell in the brutal way he did,  rather than the staged transition she is understood to have recommended, Boris has sent two troubling signals to Scottish Tories, including those who support him: He doesn’t understand how Scottish politics works, and he doesn’t care. (Stephen Daisley)

The former lawyer also billed taxpayers £19,410 in office supplies in one year, including around £11,500 for sending a questionnaire and prepaid reply envelopes to his constituents.

The outrageous claim for a single mailshot prompted the Scottish parliament’s Corporate Body (SPCB) to limit spending to £5500 per MSP in the current financial year.

The full scale of Lamont’s spending was revealed following a freedom of information request.

The mailshot asked constituents their views on the new Borders Railway after the SNP government confirmed it would open in 2013 at a cost of up to £295 million. Such questionnaires and surveys also raise an MSP’s profile.

The cost of Lamont’s questionnaire was approved by the parliament’s allowances office, but it is understood the SPCB became concerned that the system could be used by some MSPs as a backdoor “communications allowance” of the kind available at Westminster.

This allows MPs to claim £10,000 a year “to communicate proactively” with constituents about their parliamentary duties – but also offers opportunities for self-promotion.

Last year it was revealed that Lamont was charging taxpayers to stay in hotels while in the capital, despite owning a flat less than two miles from Holyrood and renting it out for up to £10,000 a year.

“I don’t know if Lamont was delivering his leaflets by taxi, but to spend this amount of public money on a single survey is mind-boggling. People in Roxburgh and Berwickshire will be staggered at Lamont’s spending spree.”

“The SPCB introduced an annual limit on stationery to make it equitable to all members and to put in place further accountability arrangements for the use of public money. (The Herald)

In a shock move, Tory candidate, hotelier, Chris Walker quit the battle to take the Berwickshire, Roxburgh and Selkirk Westminster seat from the Liberal Democrats.

The constituency, held for the Lib Dems by Michael Moore with a majority of 5,901 over the Tories, was targeted by the Scottish Conservative Leader Annabel Goldie as winnable.

He made it clear he would, if elected, sit in both the Holyrood and Westminster parliaments. Yet, this is in direct contrast to the Tories’ attacks on SNP leader Alex Salmond for doing just that.

Lamont, an MSP also said that he thought (assuming he won) a by-election for his MSP seat would be “an unnecessary burden on the taxpayer” however, his boss in Holyrood, Annabel Goldie thinks the exact opposite of Alex Salmond in Banff & Buchan.

The only other Tory MP in the Borders is Mundell, who in February this year said, “Salmond has two jobs when many people in Scotland don’t have a single job at all. That is quite wrong. 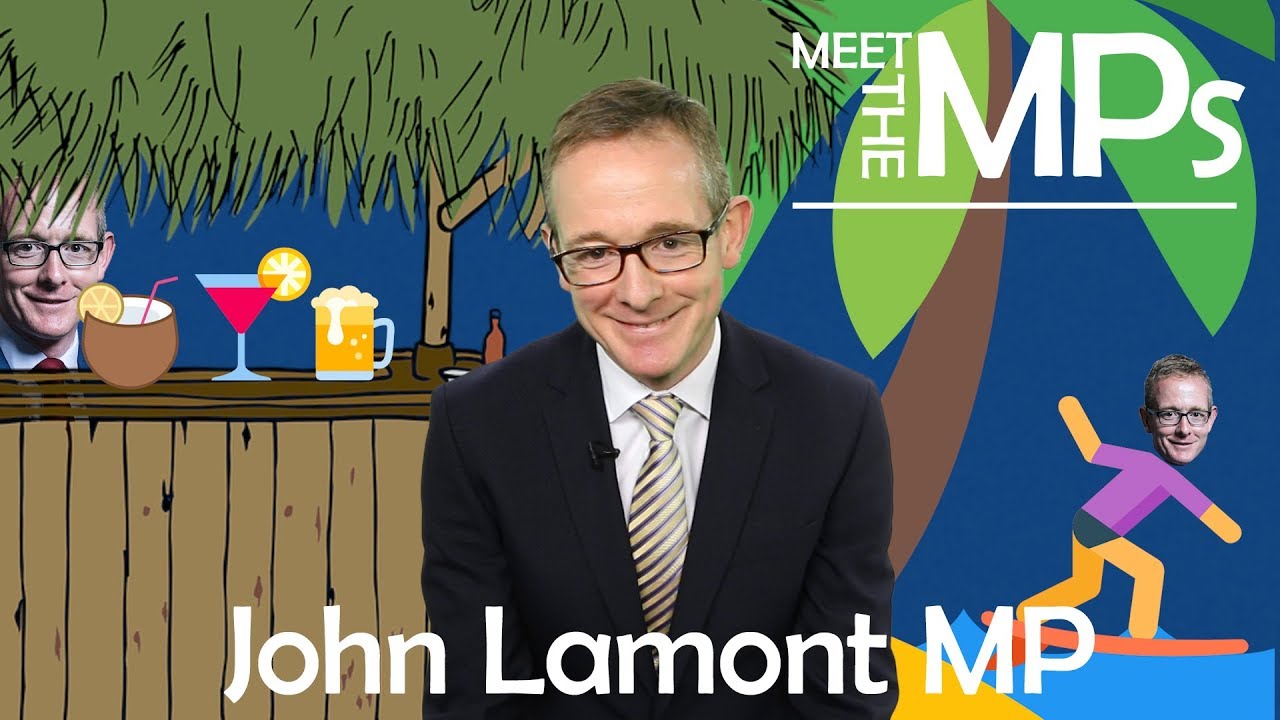 The former Tory Party Westminster candidate, well respected, hotelier Chris Walker alleged that Mundell gave him a copy of Moore’s expense claims and told him to “dig up as much dirt” as he could from the parliamentary expenses claimed by Scottish Secretary, Lib Dem Michael Moore.

“It sickened me to the pit of my stomach, I thought, this isn’t what politics is about.” (He later withdrew from the fight for the Berwickshire, Roxburgh and Selkirk constituency) and left the Tory Party.

Mundell dismissed Walker’s claim as “spurious” and denied any wrong-doing. However, it did lead to friction at the Scotland Office, where Mundell was Moore’s deputy.(highbeam) The real reason behind the demise of Walker and the rise of Lamont. The wee clique stick together.

John Lamont Re-Elected to Holyrood– How in the hell did he manage it?

Given Lamont was the highest expense claimant in Holyrood by a significant margin I was surprised that he managed to get himself re-elected as a Tory Party MSP.

He cares nothing for the Tory Party in Scotland is simply using it as a vehicle to hitch a ride on until something more substantial (a seat at Westminster) comes along.

In his campaign literature, he took great care to ensure he would not be associated with the Tory Party by omitting any mention of it.

He actively promoted himself as being the only person capable of preventing the SNP from winning.

Garnering, Lib/Dem and labour supporters to his cause and emphasised his commitment to his constituents regardless of Tory Party policy.

Paul Wheelhouse, Lamont’s SNP opponent at the May elections was a list member for the South of Scotland last time round.

Like his Tory adversary, he has an office in Hawick.

The figures show Wheelhouse submitted 107 claims totalling £8,674 between April and December 2015. Office costs came to £3,878 and travel swallowed up just £210, a fraction of Lamont’s hefty £5,900. Yet the two men live a few miles apart in Coldstream (Lamont) and Ayton (Wheelhouse).

The conclusion is that having Lamont as an MSP has cost more in expenses than Grahame and Wheelhouse combined. The Scottish Borders voted 58/42% remain in the Union.

Lamont, in his electioneering campaigns stressed:

“I will always put the Borders ahead of party politics. I’m not bound by any internal rules banning me for criticising my party. My number one priority is standing up for the interests of local communities in the Scottish Borders.”

“But the Conservative split over Europe is unedifying. The Conservatives are deeply divided into Euro unionists and Euro separatists. More party discipline is required, how could anyone vote Conservative when the party position on Europe is so unclear.”

On 29 Mar 2019: Lamont voted to leave the EU with a [withdrawal] agreement as soon as possible and to approve the negotiated withdrawal agreement and associated documents.

On 27 Mar 2019: Lamont was absent for a vote on EU Withdrawal and Future Relationship Votes — Leave Without a Deal on 12 April 2019

On 11 Sep 2017: Lamont voted to end the supremacy of EU law in UK law; to convert EU law into domestic law on the UK’s exit from the European Union and to give ministers the power to correct deficiencies in retained EU law.

So much for his assertion that he would stand up for his constituents. They voted to remain in the EU by a substantial majority. He studiously follows the Tory party line and ignores their wishes. 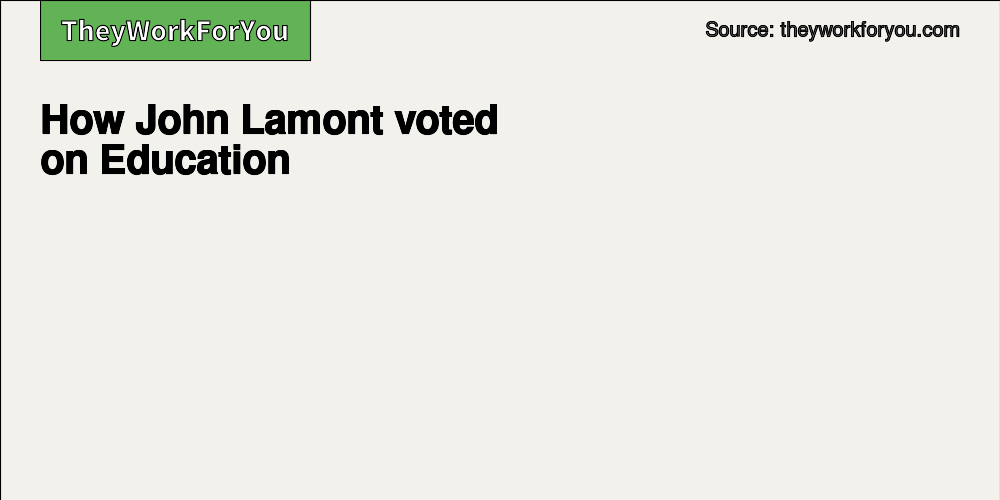