In the article before this I provided a “through the keyhole report on the activities of Hayluyt.

It generated a bit of interest and begged the question. How deeply entrenched in the British state is this bunch of very rich individuals?

This article provides some answers and raises even more questions. Such as. Did they get involved in the 2014 Scottish Independence referendum? 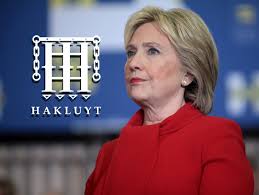 Colin Joseph and his son operated a business, designing, providing and running scratch card competitions (out of Shell garages) for Shell UK. Without reasonable cause Shell terminated the contract and the Josephs could not remain in business.

Over an extended period Shell refused to provide good reason for their actions and the case ended up in the courts. But that was not all. Hakluyt got involved and a disinformation campaign ensued for many months.

When the case eventually reached the high court Shell dragged their evidence out milking what information it had to its full extent. But, just as Shell solicitors were about to apply the coup de grâce the Josephs produced irrefutable new evidence proving their case.

Shell settled out of court, including all of the Joseph’s trial expenses but the damage had been done. Joseph senior was bankrupt and his son had to remortgage his house. A bad day for British justice.

But we are able to benefit from the misfortunes of the Joseph’s. I commend their story to you.

Shell Transport & Hayluyt MI6 Spy Firm – One and the Same?

You have written off my account of the cloak and dagger events leading up to the last settlement as being a “parody of the truth and characterized it generally as being “nonsensical” and based on “wider conspiracy theories”.

The problem you have Mr Joseph is that you cannot change what you and Shell director Richard Wiseman have already admitted in writing about undercover activity by Shell agents involving fraud and deception. Your letters are now a matter of historical fact.

I will deal directly with your accusations by separating fact from theory. However we must obviously reconsider the relevant past sinister events in the light of the latest revelations.

As I have indicated, I never imagined even in my “wider conspiracy theories that a shadowy corporate intelligence organization was at the time in question, led by Shell Transport directors and staffed by former MI6 Officers.

I refer of course to Hakluyt & Company Limited and The Hakluyt Foundation.

Sir William Purves was simultaneously a director (and shareholder) of Shell Transport, and the Chairman and major shareholder in Hakluyt & Company Limited.

The late Group Chairman of the Royal Dutch Shell Group, Sir Peter Holmes, was until 2002 simultaneously a director (and shareholder) of Shell Transport and also President of the Hakluyt Foundation – a “Supervisory” Board overseeing spying operations.

He took over the role from the late Brigadier Sir Fitzroy Maclean – the model for Ian Flemings “James Bond” character.

I note Mr Joseph that you ignored my comments and questions about Hakluyt. I wonder why?

For your information I now have in my possession a Hakluyt & Company Ltd document co-signed by Sir William Purves and Mr Christopher James, a co-founder of Hakluyt.

Christopher James is a former senior British Secret Intelligence Service MI6 officer and was in the SAS before leading a section of MI6 which liaised with British firms.

This applies to many of the staff at Hakluyt. So is his Hakluyt co-director, Mr Mike Reynolds.

Reynolds founded MI6’s counter terrorism Branch and was Head of Station in Berlin. Richard Dearlove, the head of MI6 is reportedly “a close friend”.

Sir David Spedding, the head of MI6 in 1995 when Hakluyt was launched “wished him luck with the venture”.

Hakluyt modus operandi is that when an assignment is received, it calls up to five associates to London (often from overseas) to be briefed and then re-deploys them.

Each agent works independently. No doubt other spy firms work on a similar basis.

Hakluyt is identified on a number of credible websites as being a front for the SIS; the commercial arm of MI6.

With the written permission of Jyoti Munsiff and Sir Mark Moody-Stuart, our dossier complaining about the “cloak and dagger” activity directed against us was sent to all Shell Transport directors, including Sir Peter Holmes and Sir William Purves.

Of course we did not know that Sir Peter and Sir William were the Spymasters of Hakluyt which engaged in the type of sinister clandestine operations that we were drawing to their attention.

Evidence of corporate espionage on an epic scale on behalf of Shell is given in The Sunday Times article.

Perhaps as a lawyer you would argue that such conduct is unseemly but not illegal? But what if the same conduct occurred in connection with a pending High Court trial – the SMART trial for example? Would not everyone involved, including relevant Shell directors, the spy firm, relevant agents and any lawyers knowingly involved, be part of a criminal conspiracy to pervert the course of justice?

Of course it would make it harder to prove anything if the spies were called in from overseas.

As I have now set out some of the salient information which has recently emerged, I will, as promised, separate fact from theory.

I sold my house to pay legal fees; my son ended up having to sell his. This was all in the reasonable expectation of a fair trial.

Due to the undercover activities, some of which has been admitted in writing by you and your client, that was not what we ended up with.

It was more like going up against the Mafia. My son even faced outright deception during his cross examination by Geoffrey Hobbs QC.

The perceived reality at that time was of a highly reputable multinational – the public could be sure of Shell, its senior management GUARANTEED honesty, transparency and integrity in all of its dealings.

The actual reality was that Shell was secretly running sleazy covert operations against its perceived enemies including us (as has been admitted in writing).

The operations were directed against people and organizations campaigning against Shell for one reason and another.

We were in 1995 given a substantial consideration to close down one such organization – The Shell Corporate Conscience Pressure Group (another fact).

Another indication of the way in which our hard hitting campaign impacted on the reputation and competence of Shell’s most senior management was the eventual personal intervention of Lady Judy Moody Stuart. I have the correspondence to prove it.

Time has shown that our criticisms were well-founded in terms of Shell’s performance compared with its rivals and in regards to the deeply ingrained cover-up/subterfuge mentality which has led to the current difficulties which have made headlines around the world.

(I refer of course to the accusations of fraud and deception made in US class action suits currently underway, plus the investigations by regulatory bodies including the US Securities & Exchange Commission, and the criminal investigation by the US Department of Justice.)

The scale of the clandestine activity undertaken at the behest of Shell senior management at the time of our litigation against Shell was breathtaking.

(1) According to the Mail on Sunday article on 4 April 2004, headlined: “Shell Chief had a private army”: Sir Philip Watts helped to organize and pay for a 1400 strong private army of Police spies in Nigeria in conclusion with a murderous regime;

(2) Shell Transport directors were the Spymasters of Hakluyt, whose secret agents targeted groups campaigning against Shell, including human rights and environmental groups e.g. Greenpeace, Friends of the Earth, The Campaign for Nuclear Disarmament, Body Shop etc. Indeed any group whose campaigning activities might impact on the reputation of Shell.

The alleged activities of my son and I obviously fell within that definition, as alleged in the Counterclaim.

(3) And I should not forget the admitted undercover activities involving Mr Phillips and other agents you refused to name.

It is quite a collection of trickery and deception. And it involves so many titled people. A roll-call of establishment grandees are directors and shareholders in Hakluyt & Company Limited:

Lord Trotman, former Chairman and Chief Executive of Ford and a director of the New York Stock Exchange;

The foregoing names are from the Annual Return filed at Companies House just a few months ago – 23 December 2003.

A number of them, including Sir William Purves, are also directors of The Hakluyt Foundation.

The following prominent people are also connected with Hakluyt:

Ian Lang, former Secretary of State at the Department of Trade and Industry;

Hakluyt also has a strategic agreement with Henry Kissinger, the legendary former US Secretary of State and guru of realpolitik.

Mr Kissinger’s company, Kissinger Associates, apparently facilitates top-level introductions for Hakluyt. It must be good to have friends in high places.

Commonsense suggests that Shell Transport management was more likely to use what is in effect an in-house resource rather than taking their dirty washing outside of the company.

That ties in with what we were told at the time by the claimed “Shell insider” about an investigative resource.

Members of Parliament have accused MI6 of using Hakluyt as a front to spy on activists.

In the case of the Shell/Hakluyt agent featured in The Sunday Times story of 17 June 2001, it was reported that there seemed to be no boundaries between his activities working for state or business.

It was also stated in the same revealing article:

“MP’s believe the affair poses serious questions about the blurring of the divisions between the secret service, a private intelligence company and the interests of big companies.”

Earthquake damage in Holland due to fracking

20 years after the names might have changed the system of privilege and protection of the wealth of the “in Crowd” continues to be fully protected by the state and the secret services cabal of Hakluyt.

A comprehensive record of events including the foregoing article, (in full) can be viewed at:

The Blog that reveals the news Shell Oil and the government would deny the public, if it could:

Hakluyt & Company and the Clinton/Trump scandals

Shell’s greener future is a matter of survival

The umbrella group under which three subsidiary companies operate

Other articles exposing the extent of the Hakluyt network