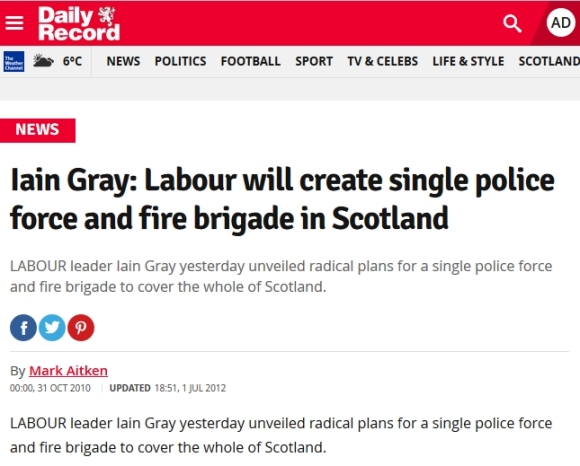 The top civil servant at the Scottish Government’s Justice Department was warned in 2005 that the new Scottish Police Services Authority would incur VAT.

The revelation came just a day after the news media revealed a major blunder by the previous Labour administration and civil servants and means the authority, which was set up to create cost savings and centralise procurement, will have to pay VAT.

Andrew Keddie, former convener of Fife’s police board and a member of the Common Police Services Committee, which preceded the authority, warned Robert Gordon, head of the Justice Department, in late 2005 that the creation of the SPSA would be too costly because it would not be VAT exempt. … (The Herald)

Comment: Amazing what turns up in the archives. It was Labour that committed the Scottish police force to the VAT bill not the SNP.

CALL YOURSELF “OLD ETONIAN ” AND BAIT THE LYIN TORY EFFERS