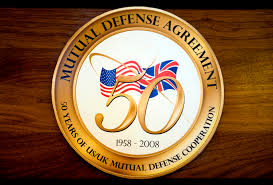 The implications of the agreement were shrouded in mystery until 2004 when the UK public, fed up to the back teeth with the warmongering governments of the UK and USA forced a more open discussion of the implications of signing a new 10 year MDA) agreement.

Private reports surfaced and revealed some, but not all of the extent of the abuses of the 1968 Nuclear Non- Proliferation Treaty (NPT). This included the formalised exchange of classified nuclear information, weaponry, shared facilities, advanced technology and a range of materials including plutonium, enriched and highly enriched uranium and tritium. 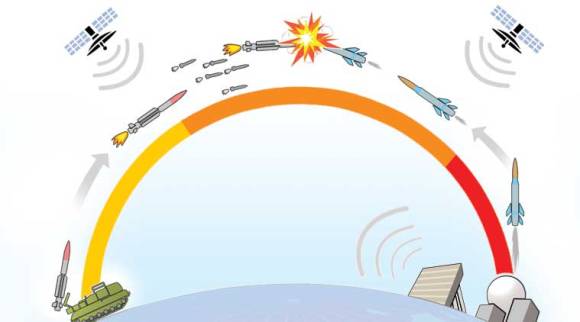 21 Apr 2004: The Secretary of State for Foreign and Commonwealth Affairs was asked if he planned to lay before the House any amendments to the renewal of the 1958 Agreement for Co-operation on the Uses of Atomic Energy for Mutual Defence Purposes between Her Majesty’s Government and the United States of America.

“The amendment to Article III bis of the 1958 Agreement will extend that provision to 31 December 2014.

The 1958 Agreement underpins all nuclear defence co-operation between the US and the UK; without it the US Government cannot share nuclear technology or transfer materials to the UK.

Cooperation under the MDA has been of considerable mutual benefit and it is in the national interest of both the US and the UK to continue.”

22 Jun 2004: The government was asked if the negotiations with the United States for the renewal of the MDA had been concluded and whether there would be an opportunity for Parliament to debate its terms.

The Parliamentary Under-Secretary of State at the Ministry of Defence, replied that the amendments and an explanatory memorandum to the (MDA) were signed on 14 June by US and UK representatives and laid before Parliament on 21 June under the Ponsonby Rule (established in 1924, based on practices going back to 1892, enabling the Crown to formally ratify treaties 21 days later).

He added that he could not undertake to find Government time for a debate but would give due consideration to any request from the House of Commons Defence Committee and the Liaison Committee for a debate.

In response to a follow-up question about why the confidential intelligence contents of the MDA have never been disclosed to Parliament, He said that “the practice should continue because of the necessity for great confidentiality and because of the use that such information would be to other would-be nuclear states. In other words, it might well assist proliferation”.

24 Jun 2004: Early Day Motion – Calling for a Sponsored debate in Government time in advance of possible ratification of the treaty

“That this House notes the proposed 10-year extension to the 1958 United Kingdom-United States Agreement for Cooperation on the uses of Atomic Energy for Mutual Defence purposes and  believes that the extension of this bilateral treaty undermines United Kingdom and United States’ commitments under Article 1 of the 1968 Nuclear Non-Proliferation Treaty (NPT), for which they are depository states, which states each nuclear-weapon State Party to the Treaty undertakes not to transfer to any recipient whatsoever nuclear weapons or other nuclear explosive devices or control over such weapons or explosive devices directly, or indirectly.”

The request for a debate was ignored and quite disgracefully, the Labour Government extended the treaty for 10 more years, without any parliamentary scrutiny, only a few days before the 2004 Summer Recess.

The New Labour government justified the secrecy surrounding the 2004 (MDA) renewal, and the questionable use of the Crown Prerogative as a substitute for parliamentary democracy, on the basis that “such information might well assist proliferation”.

Well, there is no doubt that the provisions of the (MDA) have assisted the vertical proliferation of nuclear capability in the United States and the United Kingdom for over half a century. Indeed, that is explicitly what it stands for.

Legal experts found that it was “strongly arguable that the renewal of the Mutual Defence Agreement (MDA) is in breach of the nuclear Non-Proliferation Treaty” (NPT) and outlined the justification for such a finding under applicable treaty law and successive treaties.

“The breach’ referred to is covered by Article I of the (NPT) which states that each nuclear-weapon State Party to the Treaty [China, France, Russia, the UK and the USA] “undertakes not to transfer to any recipient whatsoever nuclear weapons or other nuclear explosive devices or control over such weapons or explosive devices directly or indirectly.” 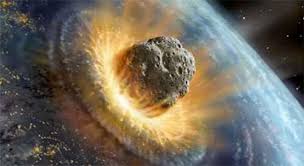 “What the timetable is for his planned renewal in 2014 of the 1958 US-UK Mutual Defence Agreement and what steps have been taken to facilitate renewal of that agreement to date?”

The answer was delegated to the junior Defence Minister Philip Dunne, who could manage no more than: “Work is under way in the UK and US to amend the treaty by the end of 2014.” 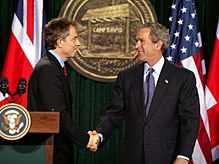 No surprise then: Cameron and the Tory government ignore the UK public and Westminster by tracing the footsteps of the Blair/Brown New Labour Government

A new agreement critical to Britain’s Trident nuclear weapons system, was signed the other day by British and US officials. Whitehall was silent. And the UK public had to rely on the White House, and a message from Barack Obama to the US Congress, to tell us that the 1958 UK-US Mutual Defence Agreement (MDA) had been updated.

A new amendment to the treaty will last for 10 years. Obama told Congress it will “permit the transfer between the United States and the United Kingdom of classified information concerning atomic weapons; nuclear technology and controlled nuclear information; material and equipment for the development of defence plans; training of personnel; evaluation of potential enemy capability; development of delivery systems; and the research, development, and design of military reactors.”

The UK, Obama added, “intends to continue to maintain viable nuclear forces into the foreseeable future.” It was in America’s interest, to continue to help Britain “in maintaining a credible nuclear deterrent”.

There was no word from the Foreign and Commonwealth Office, the Whitehall department responsible updating the UK – US treaty. Parliament, a spokesperson said in response to questions, would be informed “at an appropriate time”. MPs would have a 21 day window before the end of the year in which they could debate the issues involved.

However, the content of the new agreement will remain secret. To reveal them, Whitehall officials say, could “assist proliferation” of nuclear weapons.

That is a curious comment given that both the US and UK insist the agreement does not in any way breach their obligations under the nuclear non-proliferation treaty (NPT). 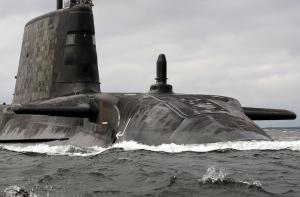 Though the agreement is incorporated in US law, it has no legal status in Britain.

The executive director of the British American Information Security Council (BASIC) said that though the agreement is an international treaty that requires regular ratification, it had never been debated in the Commons. Adding: “With the deepening of technical collaboration that shapes the procurement decisions here in London over nuclear weapons programmes, in a manner that stretches or breaks Article 1 of the (NPT), it is high time we took this relationship and its consequences for international security seriously.”

A briefing paper drawn up for ministers and Ministry of Defence officials argues that actual physical “movements under the (MDA) do not involve nuclear weapons or devices”. Therefore, the agreement does not contravene the letter of the (NPT.)

There is another, even broader, issue which the government does not want to open up for debate.

The joint Commons/Lords committee on the National Security Strategy has chided the government for not taking such an important issue seriously enough.

“I am afraid that there is little sign that the government has really taken on board the need to put some serious effort into planning for the next National Security Strategy” said former Labour foreign secretary, and chair of the committee, Margaret Beckett. She added: “I fear that — just as in 2010 — the next NSS will be cobbled together at the last minute after the election, as an adjunct to the spending review, rather than guiding the incoming government’s decisions on spending priorities.

“In the run up to the election it is inevitable that the political parties will be focusing on their different policy priorities, but — when it comes to national security — there are strong arguments for identifying where there is common cause.”

Referring to government claims, the committee described as “wholly unrealistic” the assumption that there will be “no shrinkage in the UK’s influence” despite the rise of Asian powers and Britain’s relative economic decline. “Any national security strategy based on this is wishful thinking rather than credible strategy,” the committee said earlier this year.