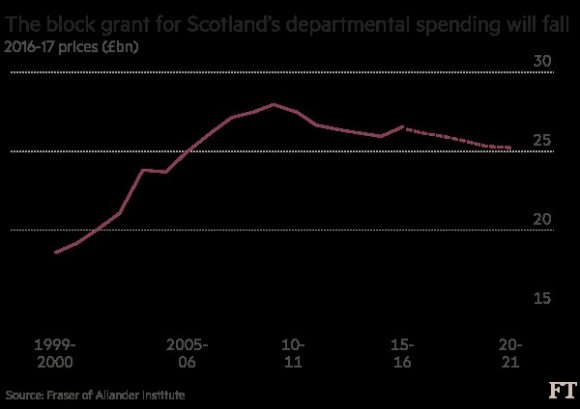 Since taking office in 2010, the Tory Government at Westminster has reduced Scotland’s budget each year.

To date the cuts amount to approximately 9 per cent real-terms reduction. In value context this equates to a reduction of about £2.9 billion in Scotland’s budget.

Through the medium of discussions with the press and media the Tories have proposed the introduction of radical tax changes transferring significant amounts of public expenditure to the taxpayer.

This is unacceptable to the Scottish Government and it also exposes the Tories to charges that they are anti-devolution,reducing the effectiveness of the NHS, removing free prescriptions, free education and concessionary travel.

The SNP budget contains a range of measures that are very pro-enterprise and pro-business and that will grow the economy.

The Tories want to play “good cop bad cop” with the electorate. But it is not good management practice to have it both ways, reducing tax, but only for the very richest in our society, while, at the same increasing expenditure in many areas.

They cannot have it both ways cutting taxes, as they propose and spending more on public services is a recipe for disaster

There is also substantially increased government capital investment for housing and energy efficiency and the educational attainment fund will be financed through central resources.

A key issue of the budget is the provision of additional resources to vital public services, opposed by the Tories who want to spread “doom and gloom.”

but the SNP government will keep listening and supporting Scotland’s local authorities and to parties in the Parliament building and broadcasting a pro-Scottish economic message.

The Government’s record in office is strong and faced with unprecedented financial cuts by the Westminster Government it will deliver it’s programme. 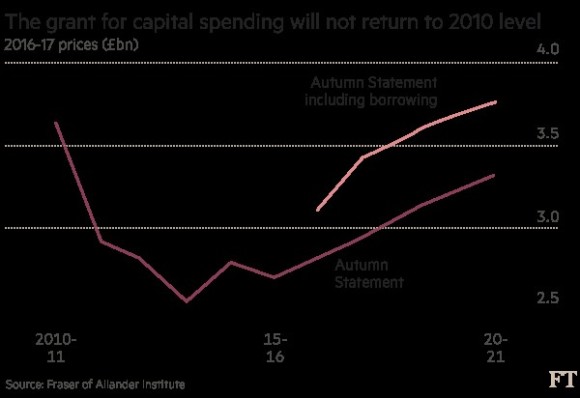 Scotland’s enormous wealth divide has been revealed in a shocking report that shows the country’s 10 top most deprived and most affluent areas.

The leafy Glasgow suburb of Lower Whitecraigs is the country’s most affluent area.

Ferguslie Park in Paisley is the most deprived area in Scotland, where social deprivation drives up crime figures and leaves families struggling on low incomes.

Mental health related drug deaths are 233 per cent higher than the average, and hospital treatments for narcotic related psychiatric conditions are more than eight times higher.

Last night politicians clashed over who was to blame for the deprivation. Tory equalities spokeswoman Annie Wells called it a “wake-up” call for the Scottish Government and urged a new approach to tackle poverty.

She said: “We need to see a closer working partnership with the public and voluntary sectors to tackle these deep-rooted problems head on.

“Powers need to be devolved from the Scottish Government to enable cities and city-regions to work more closely together to regenerate and redevelop their local economies.

The amount of money available to help social entrepreneurs set up new business north of the border has been doubled by the Scottish Government.

For the next three years the Social Entrepreneurs Fund, which offers grants and business support to help people to make their social start-up aspirations a reality, will hand out £1m each year.

Increased backing for the fund was just one of 92 commitments announced today by the government as part of its 2017-2020 Social Enterprise Action Plan.

The plan follows publication of Scotland’s first-ever Social Enterprise Strategy, aimed at sustainably growing the sector over the next decade.

A ten-year, national social enterprise strategy, which sets out our shared ambitions for social enterprise in Scotland, jointly developed with the sector. It provides a framework for action over the next decade.

Social enterprise models include growth and this strategy will support our aim of sustainable economic growth, tackling inequalities and building a fairer Scotland.

The strategy will build on supportive ecosystems, developed over the previous decade, and will cement our reputation as world-leading and the best place to start and grow a social enterprise. It focuses on three main priorities:

These will be developed into a series of action plans spanning the decade, the first of which will be published in 2017. (gov.scot)