On the 3rd of March 2002 convicted drug dealer, Justin McAlroy co-hosted, (with his father) a charity fundraising dinner for the Labour Party, at his father’s Motherwell based, golf and country club . A number of Labour Party dignitaries, including Frank Roy, MP for Wishaw, Jack McConnell, and John Reid, the former home secretary attended. Also present were a number of Special Branch bodyguards, senior police officers and a surveillance team from the Scottish Drugs Enforcement Agency (SDEA) who maintained a 24 hour surveillance on drug dealer, Justin McAlroy. The event was one of the now infamous “Red Rose Dinners”, which raised funds from businessmen, (including the building firm run by Labour Party supporter Tommy McAlroy who donated thousands of pounds to the Scottish Labour party.) for Jack McConnell and other Labour election campaigns .

The SDEA had recently tailed Justin McAlroy to and from Europe, at the time he travelled to Estonia where he held meetings with a number of local businessmen (who were arrested at a later date, while trying to smuggle a multi-million pound consignment of heroin into Scotland.) McAlroy had been openly boasting about various meetings between himself and senior figures within the Russian Mafia and claimed he had previously travelled out to meet them and had also entertained them in a Glasgow hotel.

On 7 March 2002, four days after the charity dinner Justin McAlroy stepped out of his Mercedes jeep outside his house and was shot dead. The SDEA, asked why they had not witnessed nor filmed the incident said that (after four years of 24 hour surveillance and despite Justin McAlroy’s serious criminal activities and associates) they had decided that McAlroy was no longer a person of interest and removed the surveillance. It transpired after that the surveillance operation on McAlroy had been lax since he had been fully aware, (for many months) of the SDEA surveillance of himself (confirmed by his widow Tracy to the Jury at the High Court in Glasgow.)

It was revealed later that Justin McAlroy had slipped more than ten thousand pounds into the Labour party coffers during the charity dinner. The revelation was serious since it would be difficult to announce publicly that McAlroy, a suspected gangster and heroin importer, with links to the Russian Mafia had donated to the Party. So the donation was not declared. In an amazing twist the local party secretary, who worked in the Wishaw office (shared by Jack McConnell and Frank Roy) was subsequently jailed for misappropriating the money!

While it is clear that major heroin barons do amass millions of pounds, that money comes from ten-pound deals. Every tenner comes from someone finding their house burgled or some poor pensioner being kicked to death for their meagre pension money.

On the 2nd of May 2002, two full months after Justin McAlroy murder (it was alleged by solicitor Bob Kerr) that the MP for Wishaw Frank Roy had been contacted by a person connected to Justin McAlroy.

Kerr claimed that one of the police officers involved in the murder enquiry told him that the MP for Wishaw Frank Roy had contacted a senior officer in charge of the murder enquiry and somehow put pressure on the officer to make a bogus arrest in order that Justin McAlroy case would be closed quickly. The very next morning William Gage was arrested and charged with the murder.

Follow up: Gage was tried and convicted of the murder of McAlroy on 7 February 2004 and sentenced to 20 year’s without remission. He is still in Shotts Prison. He has consistently denied the offence but despite two appeals he remains in jail. 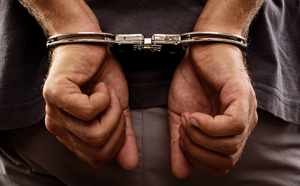 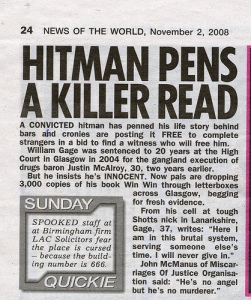 Justin McAlroy had been under surveillance for many months. He had contacts with figures in Glasgow’s underworld and was also owed someone £50k. Jack McConnell must have been aware of  this well before attending a fundraiser at Justin’s dads club. McConnell had signed a police warrant allowing them listen to phone calls. Police drug agency officers visited Jack days before the dinner. Police say they was no surveillance on the night of the murder due to being “short staffed”. In a largely circumstantial case, when did the crown ever care about proof?

What is unbelievable is that Willie Gage was charged with putting six bullets into Justin. This does not fit the profile of Gage who had been convicted of armed robbery some years earlier. The jury were not told that he was not armed at the time of the robbery. He had been recruited as the getaway driver and  his co-accuse, (the gunman in the jewellery robbery) had brandished a toy pistol. There was no armed robbery. Anyone arranging a contract killing would have the sense to hire a competent hit-man not someone who had never carried a weapon. And there is the unresolved question about the lifting of the surveillance. Why was it removed? There is also the matter of the man that had visited Justin just 4 days before his murder to tell him he was running out of time to pay his debt.

The McAlroy Link to Estonia was later confirmed when it was revealed that Tommy McAlroy, and his son Justin secretly visited the country and were seen meeting drug smugglers in Estonia. He claimed they were discussing a bakery business with Robert Wright and Les Brown, businessmen friends of Justin and himself.

A heroin trafficker whose four- year battle to stay in the country cost Scots taxpayers £1million was finally extradited last week – only to be told he could walk free. Millionaire Les Brown, 49, admitted trying to flood Scotland with heroin when he appeared in court in Tallinn, Estonia. But prosecutors said he could be free in two weeks as he spent so long in jail fighting extradition.

Brown, of Bearsden, Glasgow, and associate Robert Wright, 38, of Bathgate, West Lothian, were accused of trying to bring huge amounts of heroin into Scotland in 2000. Their car and driver were snared in the Baltic with a fuel tank stuffed with the drug after a cross-border police operation.

Brown made a mockery of the justice system by repeatedly appealing against extradition and clocked up more than 70 court hearings. The duo’s various excuses included: They were secret agents for MI5. The jail in Tallinn was not up to standard. The Russian Mafia were out to get them. Brown had a dodgy heart.

Brown was flown to Tallinn and pleaded guilty to being involved in a drugs syndicate. He admitted his part in the scam and was remanded while prosecutors prepared papers for the sentencing judge. The Estonian justice system takes into account the length of time spent on remand in other countries and it is expected that Brown will be set free and told to leave the country.” (Sunday Mail)

One of Scotland’s biggest drug traffickers has reinvented himself as a security tycoon selling advice to police and the Disney Corporation. Heroin smuggler-turned-security consultant Robert Wright welcomed undercover reporters into his steel lined, bomb-proof offices and bragged about his big-money contracts. His change of career has fuelled claims that the new security industry watchdog, The Security Industry Authority (SIA) are failing to root out criminals.

Wright, convicted in Estonia in 2005 describes himself as a consultant to Sheffield-based Feba Custodia. He and another Scots gangster, Lewis “Scooby” Rodden, boasted of raking in cash from South Yorkshire Police, Asda and Disney stores.

Wright said: “I am working in security again. Believe it or not, I am working with the police in Sheffield on an advisory capacity – on the CCTV liaison unit.” Showing off the fortress-like building where he works, he said: “It’s completely bomb-proof, all steel-structured – you can see the pillars in the corner. There’s a membrane around it. It’s phenomenal.” Bragging about his high-profile clients, Wright said: “There’s all the Asdas. We do Disney stores. The M1, Sheffield city centre.” And he boasted that Feba have even been awarded the SIA’s industry gold standard which strengthens contract bids

He said: “The security firm I have started have just been approved by the SIA Approved Contractors’ Scheme.” But he warned: “Just to reiterate what I’ve said – everything we’ve been talking about, everything I’m doing, is completely confidential.”  (The Record) 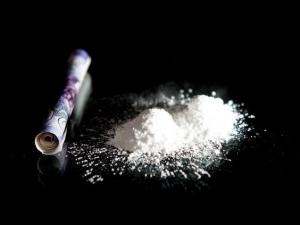 Drug trafficker, Robert Wright, convicted of attempting to traffic heroin worth a potential £2.8m into Scotland agreed to part with his art collection to pay for a crime profits seizure. He will lose an oil painting by leading Scottish artist Peter Howson along with works by painter Frank McFadden. (The Herald) 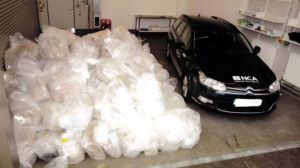 A major heroin smuggler is free to flog his £610,000 mansion … as it wasn’t targeted under proceeds of crime laws. Security firm boss Robert Wright, has put sprawling home “Ten Acres” on the market. The house has six bedrooms, snooker room, cinema and is set in 10 acres of land. Buyers are told the driveway is big enough to park a fleet of 20 cars. At one time Wright owned his own Formula One racing car and a fleet of other expensive motors. Wright’s wife Gillian paid £275,000 for the property in the village of Westfield, near Bathgate, West Lothian, 12 years ago. (The Record) 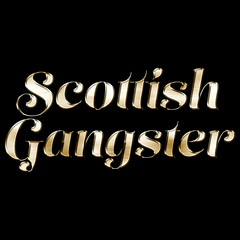