The most dramatic contrast between the establishments north and south of the Border is in the world of business. Although the late John Smith launched a famous ‘prawn cocktail’ offensive in the City of London to persuade business that Labour could be trusted, it was only with the advent of New Labour that the party south of the Border was able to lessen the impact of the business community’s traditional hostility towards Labour. However, Labour’s tentacles in Scottish business run deep, giving access to a variety of cut-price services during campaigns, and allowing the party to use business figures to attack the claims of opposing parties.
A key pro-Labour business figure is Baroness Goudie, the Labour peer and secretary of the Scottish Industry Forum. While the forum claims to be independent, critics accuse it of being too close to Labour. Baroness Goudie is the former organiser of the Labour Solidarity Campaign and is married to James Goudie QC, a barrister with Lord Derry Irvine’s chambers. John Reid, the former Scottish Secretary, employed Goudie to act on his behalf when he was investigated by Elizabeth Filkin, the Commons sleaze watchdog, in 1999. (The Scotsman) 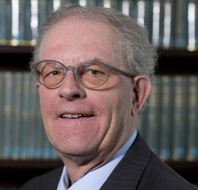 He presents cases in a way that courts find helpful”. “He doesn’t sit on the fence, but gives his opinion, is very easy to deal with and is down to earth”. James is a “hard hitter, who always make eminently sensible contributions to a case” and is a man with “great intellect who has a real gift for providing straightforward, user-friendly advice on complicated problems”. “A very shrewd advocate” and “heavyweight public procurement barrister”. More here: (https://www.11kbw.com/barristers/profile/james-goudie)

Mr Goudie’s presented his legal opinion to today’s crunch meeting of Labour’s ruling national executive committee, which will rule on the row later tonight. The advice has never been made public until now, but a copy has been leaked to PoliticsHome. In it, Mr Goudie makes clear that in his opinion, the Labour rule book shows that Mr Corbyn must gain nominations to prove that he has “a measurable degree of support” among his parliamentary colleagues. (https://www.politicshome.com/news/uk/political-parties/labour-party/news/77231/revealed-labour-party-legal-advice-which-says)

2005: Misuse of the security services for private purposes by Tony Blair and his wife – Harassing Robert Henderson – A disturbing story of an abuse of power

On March 13 1997 Tony Blair and his wife made a complaint against Robert Henderson to Belgravia Police. The complaint concerned letters sent to the Blair’s by Henderson. The CPS rejected the complaint within hours but Henderson was placed under Special Branch investigation.

In 1997 Robert Henderson, a retired civil servant, wrote to the then leader of the Opposition Tony Blair to ask for his help. Eventually he wrote a dozen or so letters to Blair and Cherie Booth. Blair then tried to have him prosecuted but the legal authorities refused to act. Blair or someone close to him then set the tabloids on him and he was smeared in the Daily Mirror and Daily Record as a stalker and a racist.

The sequence of events that followed indicate an abuse of the power of the state, which had it been conducted against a lesser man than Robert Henderson might have had tragic consequences. I have extracted a small part of the story that is relevant to this post. A full transcript of events can be found here:. http://www.whale.to/c/blairs2.html

The Data Protection Act (DPA)
The original Mirror story mentioned that Special Branch had been asked to investigate me despite the fact that the Crown Prosecution Service had declared unequivocally that I had committed no crime. Using the Data Protection Act (DPA) I have confirmed that Special Branch did take an interest in me. It took three years before they would reveal it, but eventually the Metropolitan Police admitted that Special Branch had a file on me. Use of the DPA has also resulted (after years of trying) in confirmation from MI5 that they have had a file on me since 1997.

I made a subject access request to MI5 under the 1998 DPA act when it became ‘live’ in 2000. I received a reply which took the regulation Security Service ‘We can neither confirm nor deny’ line.

This appeared to be in direct contradiction of the 1998 DPA and the Human Rights Act (HRA). Accordingly I appealed to the DPT (now the Information Tribunal), challenging MI5’s right to neither confirm nor deny whether any data was held. (Under the DPA MI5 have the right to withhold data on security grounds but use of that power would confirm that data was held.)

My appeal was scheduled to be heard by a panel of three. One was a retired Appeal Court judge, Sir Anthony Evans. The other two members were Michael Beloff QC and James Goudie QC. Beloff and Goudie were not only closely connected with the Blairs but also the Labour Party.

These relationships were of prime importance because my appeal concerned data which, if it existed, could only have related to the Blairs’ attempt to have me prosecuted and the aftermath of that failed attempt.

Mr Beloff was joint head of Cherie Blair’s old chambers at 4/5 Gray’s Inn, Gray’s Inn Sq, where Mrs Blair was a member from 1991 until 2000 when she left to join a new chambers, Matrix.

Mr Beloff originally intended to join Matrix but withdrew at the last moment. He is also a personal friend of the Blairs and was the lawyer called in to sort out Geoffrey Robinson’s problems with his offshore trust. He is a former chairman of the Society of Labour Lawyers.

Goudie is also a personal friend of the Blairs and the Lord Chancellor, Lord lrvine; so is his wife, Lady Goudie, who was made a baroness by Mr Blair in 1998. Goudie is a former Labour leader of Brent Council and was once a prospective Labour parliamentary candidate. He has done legal work for the Labour party.

That such a panel was allocated to my case is unsurprising because the Lord Chancellor appoints the members of DPT panels. The present Lord Chancellor, Derry Irving, is a very close friend of both the Blairs who were once pupils in his chambers.

Tony Blair also practised in lrvine’s chambers until he entered Parliament. Cherie Blair’s move to Beloff’s Chambers was initiated by lrvine, lrvine is also a personal friend of Goudie and Beloff and has had a professional relationship with Mr Goudie dating back over a quarter of century. Goudie is currently joint-head of Lord lrvine’s old Chambers.

Despite the links between Blair, Goudie and Beloff, the President of the panel, Anthony Evans, refused to disbar them from sitting. Consequently, I made a complaint to the then Commissioner of the Metropolitan Police, Sir John Stevens, accusing Evans and Irving of conspiring to pervert the course of justice in the most blatant fashion by deliberately packing a judicial panel.

Stevens refused to begin an investigation. I then submitted a complaint against Sir John Stevens to the Met. That complaint is still under investigation by the Met’s Department of Professional Standards.

In the end my appeal never came before the DPT because the Lib-Dem MP, Norman Baker, had an appeal on the same issue of neither confirming or denying upheld by the DPT which meant that my appeal fell as the precedent was established.

I then made a new appeal to MI5 and got an admission that they held data on me. However, the full data was not revealed

I suspect that the authorities ceased taking any interest in me once Blair announced he would be resigning as PM. Nonetheless I cannot be sure.

A close friend of prime minister Gordon Brown, who lives with her husband in a £1.5 million house in London has claimed £230k in expenses by saying a flat in Glasgow is her main home. Baroness Goudie, a Labour peer and party fundraiser, has lived since childhood in London, where her two sons grew up and her husband works as a leading barrister. But when submitting House of Lords allowances, she claimed her main address was a Glasgow apartment. This has allowed Goudie to claim subsistence allowances intended as payments for those outside the capital, who need help to meet the cost of accommodation in London. Goudie acknowledged she did not spend much of her time in her £200k Glasgow flat, although she was there “frequently”.

Since public records of peers’ expenses were first published in April 2001, Goudie,63, has recorded that her main home is in Glasgow. Including an estimated amount for 2008-9 expenses, the Glasgow address has enabled her to recoup over £150k in accommodation expenses from the Lords over the past eight years. She also claimed an estimated £80k for travel between London and Glasgow.

Goudie has strong associations with Scotland. She is a former member of the Court of Napier University and used to serve on the board of a Glasgow hospice. She appeared on a newspaper list of “powerful women” in Scotland five years ago because of close links to senior Labour politicians and was secretary of the Scottish Industry Forum, which raised money for the party. Goudie herself has given £16k to Labour. On Friday, Goudie issued a statement saying she had stayed at the flat recently with her husband and would be there again “shortly”. She wrote: “If anyone says that much of the time I am not at my Glasgow apartment that is true. The same could be said of our London property. I do not count nights or days.” (http://www.scotsman.com/news/politics/baroness-claimed-163-230-000-1-1362472)

27 Jan 2011: Baroness Gouldie let off despite ‘doubts’ about her expenses

Following a year-long investigation, the Clerk of the Parliaments, Michael Pownall, said he had “doubts” about the designation of the flat as a main residence. But no further action was taken after Lady Goudie apologised in writing. She also repaid £5.2k voluntarily which she had claimed for a three-month period when she had not visited the Glasgow flat at all because of ill-health. In total, Lady Goudie claimed about £168k in overnight expenses and £82k for travel to and from the property over a nine-year period. Three months ago, she sold the flat for a profit of £50k, and now designates her London address as her main home.
Lady Goudie’s apology and the report into her claims was slipped out quietly on the parliamentary website before Christmas. Investigations into nine peers with questionable designations were dropped after Mr Pownall, who is responsible for policing the system, ruled that it was sufficient for a peer to stay for just one night a month at a property for it to be their main home. The Clerk accepted that Lady Goudie had “extensive Scottish connections, familial, business and voluntary”. (http://www.telegraph.co.uk/news/newstopics/mps-expenses/8285114/Peer-let-off-despite-doubts-about-her-expenses.html) 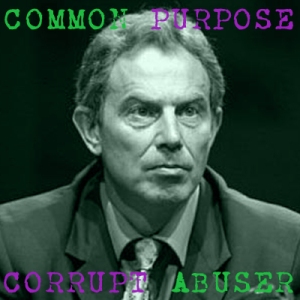 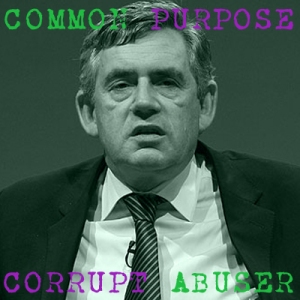