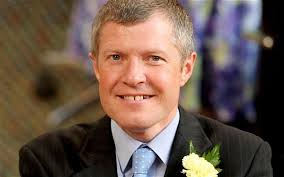 Willie “off with his head” Rennie and his double standards
Willie Rennie, at the time he was elected leader of Scotland’s Lib Dems after their demolition in the 2011 Holyrood elections promised to “rediscover the party’s soul and rebuild trust with voters”. Willie claimed to be an honourable man who would have no truck with anyone in public office who did not measure up to exacting standards he demanded of himself. Those who failed, for any reason would be expected by Willie to resign. Indeed there were occasions when it seemed Willie couldn’t rise to speak or give interview to a compliant Unionist press without a shout of “Off with his/her head”. In his time as leader willie has called for the resignation of:

* Former First Minister, Alex Salmond
* Former SNP Justice Secretary, Kenny MacAskill.
* The Head of Police Scotland, Stephen House.
* The head of the Scottish Council for Voluntary Organisations, Martin Sime.
* Former SNP Transport Minister Stewart Stevenson. (Forced from office because he failed to control extreme weather conditions and heavy snowfall.) But should we be expecting a politician to control the weather? Willie had no doubt. The answer was a resounding Yes!! He had to resign. 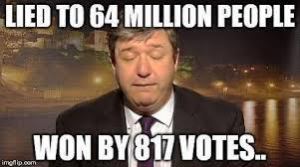 But hold on just a mo! What about “Frenchgate”? The exposure of former Scotland Secretary Alistair Carmichael, after much prevarication by himself, of his disgaceful, underhand leadership and devious direct involvement, with others in an attempt to smear Scotland’s First Minister Nicola Sturgeon. There have been strident calls from across the political spectrum, the public and the press for the exposed rogue and liar to stand down from the seat he won by a whisker in the Westminster Election for Orkney and Shetland. Based on voters intent throughout Scotland it is extremely doubtful that (given his deceitful behaviour, without shame lying about Nicola Sturgeon) Carmichaels ability to retain his seat would have been very badly compromised. So that he took his place at Westminster brings politics into disrepute.

And what about Willie and his principles? Scotland waited and waited for an utterance and the word “Resignation” It was not to be. Finally, after much pressure Willie issued the following contemptible statement:

“I have discussed the serious nature of the publication of the Scotland Office document with Alistair Carmichael. He fully understands the impact it has had on his reputation. He deeply regrets his actions, has accepted responsibility for his error of judgment, apologised to Nicola Sturgeon and the French Ambassador and declined his ministerial severance payment. I have known Alistair for almost thirty years and have worked closely with him in parliament for almost a decade. I have always been impressed by his energy, dedication and professionalism. He has served Orkney and Shetland for fourteen years and has been elected on four separate occasions. It is clear to me that recent events are an aberration. As a liberal I believe that people deserve a second chance. I hope fair minded people would agree that Alistair Carmichael should be given that second chance.” 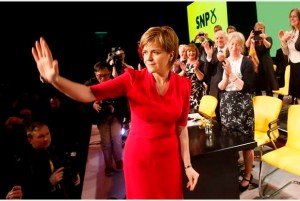 The Scottish public are not stupid. Willie Rennie’s blind hatred of the Scottish National Party has no place in Scottish politics. He should resign his post immediately and allow some other fair minded person to lead the Lib/Dem Party before he leads it to oblivion. 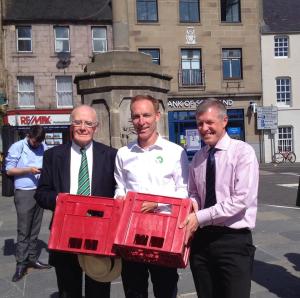