* One is covered extensively by the Scottish and UK press placing the blame on “Scottish Nationalists” and by implication the SNP without any evidence to support their allegations.

* The other is covered by a local newspaper on one occasion then dropped. The incident is very clearly the work of  “British Nationalists” in support of the Westminster immigation policy to which the SNP does not subscribe.

Yet another example of the Scottish and UK media contolling the minds of the electorate before the election. I doubt there will be very many muslims voting in support of the “fear campaigners”. They should vote SNP so that their future is assuredly happier than being contolled by  the “British Nationalists” 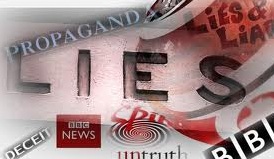 A Conservative building in Scotland has been sprayed with graffiti by ‘nationalists’, a Tory councillor claimed. A swastika and the word ‘scum’ were sprayed in white paint on the window of the offices in Aberdeen last night. A ‘Q’ was also added to the blue front door, which some people said stands for quisling – a person who collaborates with an enemy. Read more: http://www.dailymail.co.uk/news/article-3035067/Aberdeen-Conservative-Party-headquarters-targeted-graffiti-Scottish-nationalist-vandals.html#ixzz3XEqZ8DQD

A visitor spotted the graffiti, claiming to be by Britain First, sprayed over the Muslim graveyard sign at Cathcart Cemetery on Tuesday. They returned yesterday to find the vile slogans still there.

Amjid Bashir, an entrepreneur from East Kilbride, is one of the organisers of Islam Awareness Week and has been sickened by the act of hatred.
He tweeted The Evening Times about it.  Mr Bashir said: “Someone saw it on Tuesday and went back on Wednesday and took a picture of it. Myself and most other people see this as hate crime. “It is no different to desecrating graves of the Jewish or Christian Community.

“There was a big campaign last week for Islam awareness week about the need to tackle Islamophobia and how much it bis affecting every day Muslims, who are really trying to give back to dispel the negativity. “We do have a problem on our doorstep and it needs to be addressed. “The police have been involved and they are going to hopefully get out there this morning.

“My understanding is that it will be treated as a hate crime.A Spokeswoman for East Renfrewshire Council said: “This is a disgraceful act of vandalism that does not reflect the views of our local community or the wider Scottish community. “We have reported this matter to Police and our graffiti removal team are on their way to the site.  “East Renfrewshire Council has a zero tolerance policy to any form of hate or racism and would urge local people to contact Police if they have information about this incident”.

No mention of Britain First