December 2014: Prostitution and illegal drugs help UK overtake France in global wealth league and Increase Our Cotributions to the EU

Britain’s illegal, multi-billion pound sex and drug industries have helped the UK to become the world’s fifth largest economy. The latest global economic league tables include a £10bn boost in UK earnings from drugs and sex – which earlier this year resulted in Brussels issuing a £1.7bn bill to the Treasury. While the Chancellor George Osborne may cite the new rankings as further evidence of the success of his financial strategy, the UK’s jump up the table comes with a caveat – a number of EU countries, including France do not include prostitution or narcotics income in gross domestic product (GDP) calculations, so where’s the justice in that.

GDP – the value of all final goods and services produced inside a sovereign state – is not the only way of calculating economic power. PPP (purchasing power parity), also based on IMF estimates, already makes China the world’s largest economy. But regardless of which measurement is used, The highly regarded London based, Centre for Economic and Business Research (CEBR) say that with globalisation reaching a “mature phase” by 2030, the world’s economic league placings are “settling down to a new order” and the UK has just overtaken France on the leadership board, courtesy of prostitution and drugs. Brilliant, austerity has injected a massive boost in our drug dealing and prostitution industries. http://www.independent.co.uk/news/business/news/prostitution-and-illegal-drugs-help-uk-overtake-france-in-global-wealth-league-9945007.html 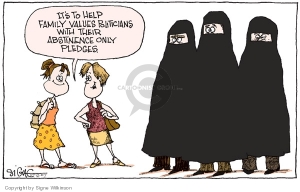 Confusing. When the matter of an unplanned massive additional annual contribution to the EU budget first surfaced, press releases, issued by the Treasury stated only that the extra 2bn charge was due to an increase in the relative size of our economy. Now we know it was the inclusion of the notional value of the illegal trade in Prostitution and Drugs. The newly identified source of goods and services forming part of the UK return, At first glance it is baffling that France and other countries of the EU are able to exclude it, keeping their EU contributions down. The figures:

* There is also detailed data on drugs. The statisticians reckon there were 2.2 million cannabis users in the UK in 2009, toking their way through weed worth more than £1.2bn. They calculate that half of that was home-grown – costing £154m in heat, light and “raw materials” to produce.

The con-trick, (for that is what it is) foisted on the UK public is typical of the Con/Dem Treasury team led by Osborne, Alexander and the recently censured Permanent Secretary McPherson and his team of fear campaign fixers. The purpose of including an unmeasurable illegal output is that it makes the vast and growing debt of 1.8trillion and the recurring monthly deficit look smaller by comparison. SMOKE and MIRRORS.

One thought on “Prostitution and illegal drugs In The UK Valued At 10Bn – EU Gets 2Bn Cut Of Notional Taxes – Uk Absorbs 5Bn Bill Policing the Trade. Crazy”