Drug manufacturers and regulators have been under intense political pressure from Governments to deliver a safe vaccine and AstraZeneca recently reported it expected to be able to introduce to the market before Christmas 2020, a coronavirus vaccine with a success rate of 90%-10%. But the announcement was premature.

Shortly after US (Food and Drug Administration) regulators, the FDA stopped trials enabling it to conduct a probe into an adverse event in the UK involving a patient on a trial of the vaccine falling ill with unexplained neurological symptoms, previously believed to be consistent with transverse myelitis.

Trials were not halted in the UK since the regulation of vaccines, which are technically biologics, falls to the (European Medicines Agency) EMA’s remit, until the UK leaves the EU.

But Boris Johnson recently announced that the UK will bypass the EMA’s regulatory regime and grant a production and distribution license to AstraZeneca enabling the roll-out of a vaccination programme in the UK, from December 2020. 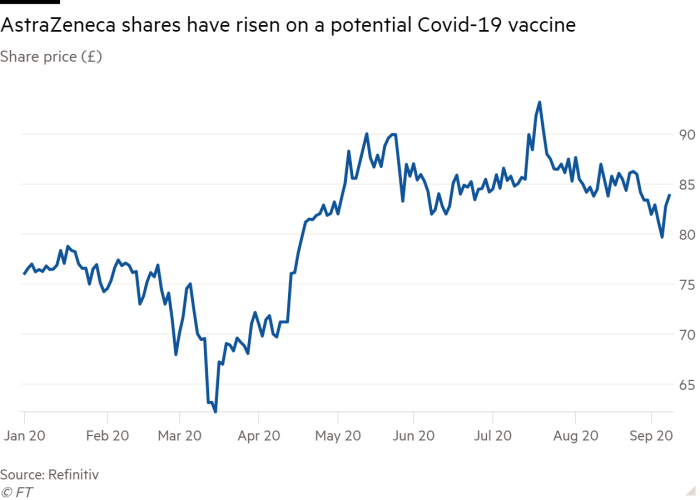 At the beginning of October 2020, the EMA started the first ‘rolling review’ of a COVID-19 vaccine being developed by the company AstraZeneca in collaboration with the University of Oxford. This meant that the committee had started evaluating the first batch of data on the vaccine, which had come from laboratory studies (non-clinical data). It did not mean that a conclusion had been reached on the vaccine’s safety and effectiveness, as much of the evidence had not yet been submitted.

A rolling review programme is a regulatory tool that the EMA uses to speed up the assessment of a promising medicine or vaccine during a public health emergency.

Normally, all data on a medicine’s effectiveness, safety, and quality, and all required documents must be submitted at the start of the evaluation in a formal application for marketing authorization.

In the case of a rolling review, EMA’s human medicines committee (CHMP) reviews data as they become available from ongoing studies before a formal application is submitted.

Once the CHMP decides that sufficient data are available, the formal application should be submitted by the company.

By reviewing the data as they become available, the CHMP can reach its opinion sooner on whether or not the medicine or vaccine should be authorized.

There are at least 64 companies worldwide involved in the research and production of a safe vaccine and many are nearing production.

So it is expected that a number of vaccines, perhaps safer and more efficacious will become available to the market in the early months of 2021.

Time will be the judge that will decide if the UK Governments’ decision is right.

Heywood advised the Prime Minister on the view to take on the Pfizer takeover bid for its British rival AstraZeneca.

And just as it happened that Heywood’s wife (who worked for McKinney’s) had only just recently written a report, circulated to Tory politicians, advising pharmaceutical firms to restructure, including mergers with rivals, ‘to navigate turbulent times’.

The Pfizer bid was subsequently withdrawn. Heywood and his wife’s role needed to be independently investigated. But it didn’t happen.

An organization spokesman said that moving manufacturing takes several years but the likelihood of the company relocating to the EU is high in the event of a hard Brexit and the company has taken the first steps in planning for a scenario in which no divorce deal is reached between the UK and the EU by the 31 December 2020 deadline. 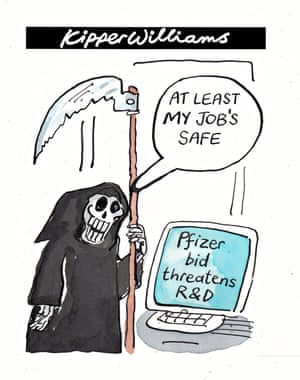