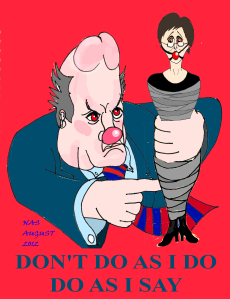 Ian Davidson was born in 1950 in the borders region of Scotland. He migrated north to Strathclyde and was elected to the position of councillor with the Strathclyde Regional Council, where he was employed from 1978 -1992. He gave up his post when he was elected as a Labour MP  and has  been at Westminster from that time, until 2015. As sitting MP it is expected he will contest Glasgow & South West in the May 2015 general election. 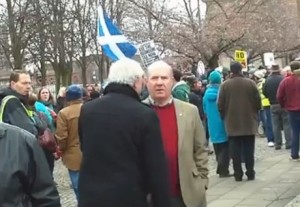 My family lived in the Gorbals in 1955. At that time people were poor, badly housed, undernourished, in ill-health and ill educated. Not a lot has changed since. Visitors to Glasgow are  kept well away from  Govan being directed to visiting the impressive George Square,  the recently built BBC Scotland Headquarters and Science Centre buildings et. al.

But visit Govan, (no way) it is a different world far removed from the glitter and gloss of areas that have been upgraded, through the good auspices of the Glasgow City Council.  In Govan the lives of many inhabitants are still blighted by grinding poverty, drug dealing, alcohol abuse, ill health, early death, unemployment and despair. There are other areas of Glasgow in which conditions in Govan are mirrored.  A factor common to all of the aformentioned is that for 50 years voters have loyally given their precious vote to Labour politicians whose only interest is to perpetuate the deprivation so that they would be sure of securing another majority at the next election.

Davidson is Chairman of The Scottish Affairs Select Committee at Westminster. His style of management is dicatorial, strident and overbearing. He tolerates no dispute over any decsions he takes in the name of the committeee he regards as his to control.

Davidson, is probably the most influential of Labour Party policy deciders, “almost anything he say’s goes” where Scottish politics is concerned. He is known to be quite scathing of the Scottish Parliament, in particular the ability of the MSP’s, including Labour elected to it. Scotland would be best advised to remember Davidson’s quote before the referendum, “Once we get our, “No” vote in 2014, we’ll rip so many powers from the Scottish Parliament the neo-Nats might as well meet once a month above a pub, for all they’ll have left to talk about”. So there is a hidden Labour agenda. In the event of a “No” vote, (duly delivered by campaign of fear) the Scottish Parliament, will be first neutered then, in time abandoned.

In the course of the referendum campaign he  was vociferous in his oppositon to any form of independence. On one occasion he demanded that the MOD insert a, “get out” clause into a warship contract, due to be signed off  with BAE to build frigates on the Clyde so that the MOD could remove the contract to Portsmouth in the event of a “Yes” vote. So much for representing his people, the bulk of Glasgows shipbuilding constituents live in Govan. 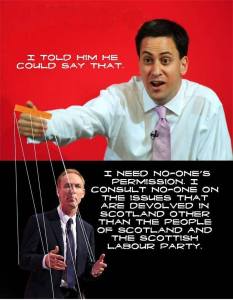 In Westminster,  Davidson, prominent  anti-independence campaigner repeated his call that once the, “conflict” of the independence campaign is over “all that will be required is mopping up and bayoneting of the wounded.” http://www.glawest.org/ian-davidson-mp-repeats-call-to-bayonet-scottish-independence-supporters/

In March 2007, Davidson purchased from his, Additional Costs Allowance , reclining furniture costing nearly £1,500 and had it delivered to his Glasgow home at the time he was claiming his Commons allowance on his flat in South London. He said the suite was later driven to London at the taxpayers cost. he subsequently claimed and was reimbursed in full for both bills.

Under the Green Book rules, the allowance can only reimburse MPs for “expenses wholly, exclusively and necessarily incurred when staying overnight away from their main UK residence … for the purpose of performing their parliamentary duties.”

A note of enquiry from a Commons official was concerned Davidson paid a property search agency to help him find a new flat and references records showing Davidson had already claimed £1,000 of taxpayers’ money with nothing to show for it and was concerned about how long the search, at the taxpayers expense would go on.

Davidson explained he wanted to use the agency because — away from home a lot — no time to house hunt — unfamiliar with English house-hunting. He had not expected this to take so long. The market was difficult — not sure how much longer it would take. He added he was, “not sure about terms of contractwith the agency but that he might have to pay £5k in all. He didn’t remember who he spoke to originally or who had authorized this spend.”  The final charge to the taxpayer for finding Davidson a flat came to £6,000. The fees’ office agreed a proportion of this sum. He then billed the taxpayer for more than £11,000 to move  into the flat. 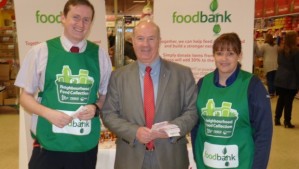 Expense claims show that Davidson, a member of the Commons Public Accounts Committee, arranged for a handyman from Glasgow to renovate his south London flat between 2005-06 and 2007-08 at a cost to the taxpayer of £5500. He then took the handyman, whom he described as a “family friend”,  shooting at two events organized by the National Rifle Association. In one match he was on a Commons’ team against the House of Lords. Davidson said he “could not recall” whether the handyman paid his own costs.

Davidson said permission to employ his “family friend” had been “specifically requested from the fees office and agreed on the basis that it would be cheaper than employing a London firm. He said: “he accompanied me on two occasions to a shooting match with the National Rifle Association. Since a competition had already been arranged to shoot at Bisley, I sought and was given agreement for him to participate as my guest.”

Davidson said he had the furniture delivered to Glasgow “since someone is invariably in and my London house is on a bus lane with double red lines.” He said he had hired a property search company because he had “spent many fruitless hours looking for a suitable property and then decided to seek professional help”. The fees office had agreed it was an “acceptable cost”. http://www.telegraph.co.uk/news/newstopics/mps-expenses/5351148/MPs-expenses-Ian-Davidson-paid-friend-5500-to-renovate-flat-then-took-him-shooting.html

The people of Glasgow (Govan) should reject Davidson and his self serving Labour party colleagues in favour of the SNP who, as entity exist only to serve the people of Scotland. Labour have had enough chances. 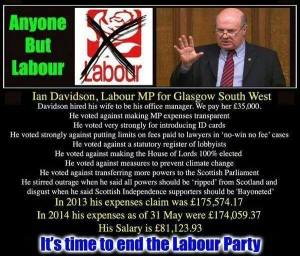 To understand the man the Ian Davidson is it is best to view him in action. The videos listed provide just that opportunity.

Ian Davidson obsessively repeats his mantras of ‘separatist’ and ‘separation’ – a substitute for argument.

Talking nonsense to the MOD about nuclear weapons

Fijians serving in Scottish Regiments should be easier to spot 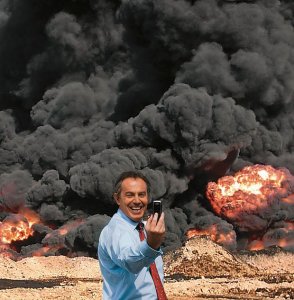 Not a happy bunny: Ed Miliband to curtail union power

About article 346 Orders for warships to the Clyde

Scottish shipbuilding and its shameless politicization

Your state pension is safe upon Independence 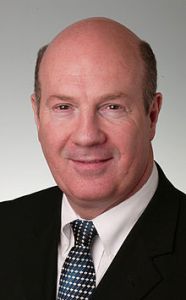 Independence will not affect your state pension

How will saving Clyde yards affect the referendum?

Are you hiding concessions already made from us? Panic in Labour ranks!

Servicemen and women – Impact of Referendum

Wind-up – How will UK government departments communicate with Scottish public?

UK Referendum Rules – how will they apply?

What do you hope to agree? The Labour panic sets in .

The Memorandum of Understanding – Morally and politically binding – but legally?

Requests for assurances that UK Parliament can control the process

Macho posturing and sarcasm by Davidson

Donation rules – donors from outside of UK. Monaco and Bahamas?

Defence in a Post-Independent Scotland

Labour MP claims Bannockburn is a celebration of the mass murder of the English
http://www.youtube.com/watch?v=R4q-BVJ0Ve8 bannockburn

Ian Davidson and Jamie Hepburn on Trident, NATO and defence aspects of independence

Ian Davidson & his team of experts over complicating matters to the point that they seem incompetent.