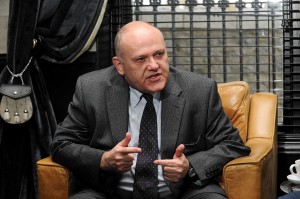 There is a perspective that Aberdeen should forward plan to cope with a declining oil industry but that isn’t what we face immediately or I feel in the medium term. Not only do we have short-term growth, in the medium term, there are major opportunities in the oil and gas and energy industries and that is going to continue and it is how we best manage this and magnify it to the benefit of everyone in Aberdeen. I think Aberdeen is an exceptionally attractive place for people to live. 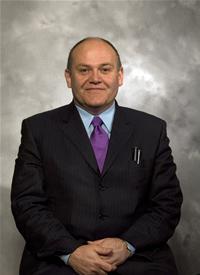 Responding to accusations that the Labour led Aberdeen Council,(led by himself) had ridden rough shod over a democratic process, (the outcome of a properly conducted local referendum, which had voted in favour of the proposal) in rejecting plans for a redevelopment of the city centre gardens, about 40% of which would have been financed by a very generous £50 million gift from a local businessman he said:

“I think wise city governance shouldn’t take forward things which are based on a bitterly divided population. It is the responsibility of Councillors to find ways of knitting people together and certainly in Aberdeen’s case, knitting together a very dynamic business community with the wider social sphere”.

“Aberdeen Council business is restricted to local policy issues and these are not subject to referenda. I think, and always have believed, that referendums should be kept for constitutional issues.”

Comment: Was his decree made known to the Aberdeen citizens that voted in the referendum? Is this his policy? 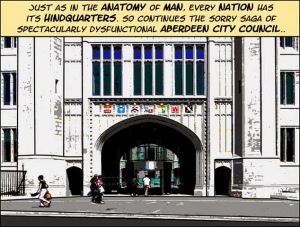 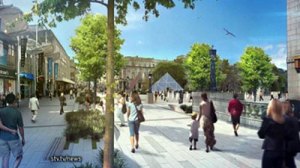 Contrast the foregoing with a follow up a few weeks later.

Aberdeen City Council has been accused of “promoting a No vote” in September’s independence referendum by endorsing Scotland’s membership of the UK in a letter circulated to council tax payers.

In a message outlining the council’s budget plans, leader Barney Crockett wrote: “The Council’s position is clear, as we agreed at our meeting in December last year we recognize that Aberdeen is stronger now and will be stronger in the future – economically, politically and socially – as a partner within the United Kingdom.”

The opposition demanded to know who authorized the approach and that the Chief Executive needed to intervene to ensure that the misuse of council financial resources should cease.

They further added, “The simple truth is that this was a grotesque misuse of council resources by the council leader, attempting to influence the voting behavior of the citizens of Aberdeen and inappropriately using local authority money to pay for it.” 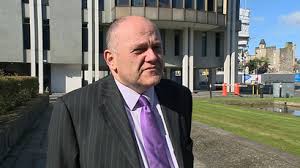 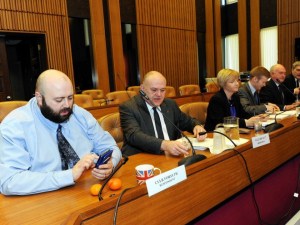 The outcome of a local referendum was set aside, (to the detriment of the citizens of Aberdeen) by a Labour/Tory coalition, Led by Mr Barney Crockett acting on his belief and guidance that they were not bound by the results. In any event the business of the Council being restricted by statute to the formulation and implementation of local policy decisions. Outcome, an unhappy electorate.

Also noteworthy is the narrow minded view of Barney Crockett who, in his letter to Aberdeen householders said, “Aberdeen is stronger now and will be stronger in the future – as a partner within the United Kingdom.” No matter Aberdeen’s safety, (from the impact of the policies of Westminster politicians) is guaranteed by oil and energy.

The rest of Scotland however is getting weaker and  will continue to suffer the ravages of increasingly right wing governments, based in the city/state of London who have no interest in the affairs of Scotland, except taxation income.

Barney Crockett epitomizes everything that is wrong with both the Labour and Tory Party’s in Aberdeen.  The public votes but the Con/Lab council decides. It is their way or the  highway.  What a sad city led by a bunch of self serving opportunists. 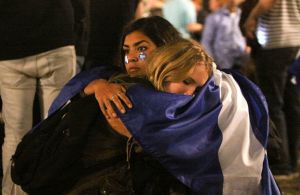 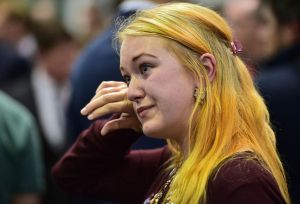 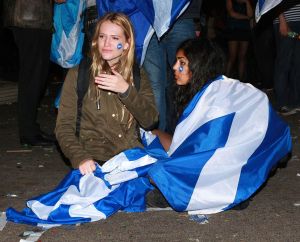