The company is a global leader in the design, supply and ongoing service of engineering equipment for the mining, oil and gas, power and industrial sectors and is listed on the London Stock Exchange. With annual sales in excess of 2 billion, it employs around 14,000 people and operates in more than 42 countries.

It maintains manufacturing facilities in North and South America, the UK, mainland Europe, Australia, South Africa, India and China. Annual profits vary between 300-600 million. Lord Smith of Kelvin was chairman of the Group 2002 – 2013.

The Group has consistently and actively solicited support to its campaigns against any form of Scottish devolution or independence. It is firmly Unionist and its political position is centre right. Although founded and registered in Scotland less than 5% of the Groups total workforce is Scottish based.

The Group is an active member of the shadowy organisation, “Common Purpose” (because it spots interesting opportunities and because its unique connections and professional approach makes the relationship highly productive._

In 2013, a team of their “selected” leaders undertook specialist leadership development programmes and attended a global leadership conference run by “Common Purpose” which assembled exceptional senior people from across the Commonwealth to tackle challenges that businesses, governments and society face today with the aim of building global relationships for them to use in the future. The Weir Groups tentacles of influence spread far and wide. 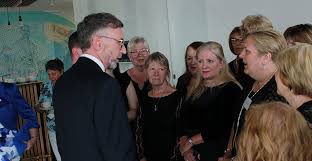 In agreeing to overcharge the Oil For Food Programme (OFFP) (set up to ensure United Nations’ sanctions didn’t hurt ordinary Iraqis) for contracts agreed between 2001 and 2003, the Weir Group was able to divert 3.1m of humanitarian aid to Saddam Hussein’s coffers.

Fining the company 3m at the High Court in Edinburgh, the judge said he was taking into account Weir Group’s guilty plea and its willingness to pay back the 9.4m profits it made from the deals, the 3.1m it diverted from the OFFP and the 1.4m it paid to its Iraqi agent for acting as a conduit for the illegal payments.

Yet some believe justice has not yet been done. Like many other firms which traded with Iraq in the early Noughties, Weir Group PLC put profits before ethics; when told it had to pay a 10 per cent kickback or it wouldn’t win contracts, any scruples about UN sanctions disappeared.

According to a director of the company the decision had been taken at board level. A senior manager and the principal salesman together with directors and the manager of the principal subsidiary company involved in the deals were all present at a meeting when the illegality of the kickbacks was spelt out.

Not one, of more than 50 employees of the Weir Group involved was identified or pursued through the courts. This despite the fact that a number of individuals from other UK companies charged with similar offences of corruption and violation of sanctions, were charged, tried and punished. Moreover, though most of those at the helm at the time had moved on, many secured prestigious posts elsewhere.

In a statement explaining its decision on keeping individuals out of the frame, the Crown Office said: “In the course of this investigation it became clear that the decision to pay kickbacks to the Iraqi government, and to pay fees to the Iraqi agent, was taken at Weir Group level. It was, therefore, deemed that the most appropriate course of action was to prosecute The Weir Group plc rather than any individual who may have been involved in these events.”

Critics of the Crown Office said “the fines levied against The Weir Group is a pittance when set against the groups overall turnover. They will simply be incorporated into the annual profit and loss account reducing the corporation tax bill. The fines should have been made the personal responsibility of the directors which would have added bite to the punishment.”

Lord Smith of Kelvin, Weir Group’s chairman, said the judgement “finally draws a line” under the prosecution investigation. “What happened back in 2001 was wrong and we accept full responsibility”.

HM being shown a pump

The offences committed by Weir Group PLC came against a background of trade sanctions against Iraq. Introduced after Saddam invaded Kuwait in 1990. It soon became clear the measures were leading to suffering and starvation among the Iraqi population and the UN set up the Oil for Food Programme (OFFP). From 1996 onwards, Saddam was allowed to sell oil, but all the receipts were placed in a UN account in Paris. Iraq was then able to use the funds to buy goods approved by the UN for the benefit of its population. Using its French subsidiary Wemco to administer the deals (because of Iraq’s “Buy British Last” policy), the Weir Group tendered for and won several contracts which involved supplying spare parts for water and oil pumps to Baghdad mayoralty, Iraq’s North Oil Company and South Oil Company.

However, in 2000, Saddam’s Revolutionary Command Council decreed that, in order to secure contracts, foreign companies would have to pay a kickback or “after-sales tax” of 10 per cent. The companies were told they would have to bring their goods through the port of Um Qasr, and would be prevented from unloading until they proved the kickback had been paid.  Weir Pumps, the subsidiary most heavily involved in the contracts, were informed that if the company didn’t pay, there would be no more orders.

Knowing the money could not be paid into an Iraqi bank, it was agreed an Iraqi agent would pay it from his own pocket. When it received the money from the OFFP, the company would pay the 10 per cent kickback plus a further 4 per cent for the agent’s services to a fake Geneva-based company, Corsin Finance Ltd. These payments would be unlikely to arouse suspicion as paying an agent to act on overseas deals is in itself entirely legitimate.

Two meetings were held on 13 and 14 September 2001 at the behest of a group director who was not involved in the OFFP contracts, but had become aware of what was going on. At the second meeting, the director gave the go-ahead for the kickbacks despite being told they were illegal. The first payment was made that same day. In total, Weir Group plc secured 16 contracts worth 35 million paying kickbacks of 3 million.

Things began to unravel after the invasion of Iraq in 2003. It quickly became clear the OFFP had been abused by the Iraqi regime and several UN officials. In the two years that followed a report by the US Defence Contract Audit Agency, a hearing before the US Senate and an independent inquiry committee headed by US banker Paul Volcker all implicated Weir Group as one of dozens of companies which might have capitulated to Saddam Hussein’s demands.

At first the chief executive Mark Selway denied the company had been involved in any wrongdoing, but, following an internal investigation, Weir Group admitted irregular payments had been made.

Sir Robert Smith (Lord Smith of Kelvin) (Chairman) who took up his role in 2002, is still in his post.

The Weir Group is an important company in Scotland. I welcome its contribution to the debate and I am looking forward early next month to meeting senior management and staff at the Group to discuss those very issues. I hope to reassure them on some of the points that have been made this morning.

It is worth pointing out—this is not a criticism of the Weir Group; rather it is to provide some context—that the Group was against devolution before the 1979 and 1997 referendums.

It warned then of consequences that simply did not materialise. It is also worth noting that the Group, a successful Scottish company, operates in 70 countries around the world; an independent Scotland would form the 71st country in which it operates.

The Group’s report on independence states clearly that Scotland “could succeed” as an independent country. “Independence would bring” control over policy making “closer to the people”. It would allow an expanded range of economic policy levers to be tailored to the needs and circumstances of our economy and to the distinctive views and values of our people, and the flexibility to tailor business tax rates would be a significant attraction of Scottish independence in principle.

27 August 2014: Weir Group chief executive canvasses support of business leaders to his cause

A letter supporting “Better Together”, (signed by bosses from a variety of industries) has been published in the press and reported on by the broadcasting media. Its architect is, Keith Cochrane, chief executive of engineering company Weir Group which has never supported any form of Scottish devolution let alone independence.

Chief Executive Keith Cochrane has said that the group could not guarantee that it would keep its Glasgow headquarters if Scotland became independent after the referendum, although the group’s three service centres would remain in the country.

27 November 2014: The Lord Smith of Kelvin Commission Report on devolved powers for Scotland

The Smith Commission issued its report on the shape and form of the devolved powers promised to Scotland by the political parties at Westminster in the days before and after the Scottish Independence referendum. This is a good read.