Currency in an independent Scotland

The Financial Times revealed the true extent of an independent Scotland’s riches and the Scot’s are not the, “subsidy junkies” the BBC and, “Bitter Together” campaigns would have you believe. In an independent Scotland prudent bankers will accept there are solid business reasons for spreading the risk of any future failure. This they will achieve by retaining their businesses in a proven energy rich Scotland.

In the event of an economic collapse and bankruptcy in England, perhaps brought about by a run on sterling by investors following an implementation of BREXIT. many, faced with large increases in interest repayment rates and a massive property crash, coupled with a large increase in unemployment, will move their capital and souls to Scotland.

The chief executive of Royal Bank of Scotland made it clear the bank will adapt its business for an independent Scotland. Pointing out that RBS has been in Scotland for nearly 300 years he said: “It’s really important that the Scottish people get the opportunity to vote, and then if I need to adapt my business to serve England, Scotland, Wales and both the Republic of Ireland and Northern Ireland, then I will.”   http://www.theguardian.com/business/2014/feb/12/scotland-independence-rbs-london-ross-mcewan

In the 2014 referendum the UK Chancellor and others supporting “Better Together” repeatedly stated that Scotland would not be allowed to retain sterling as its currency without asking permission of the UK government. But Alistair Darling, (leader of Better Together) finally admitted, on national television (In his final debate with Alex Salmond) that Osborne was talking p**h. Scotland could use sterling if it wished to do so.

Peter Spence, (an acknowledged expert in the fields of; Central banking, financial markets and wider issues in economics) writing for the respected financial journal,”Cityam”  rebutting the Chancellors statement said “Proponents of Scottish independence might prefer an example closer to home. The British crown dependencies of Guernsey and Jersey have just such an arrangement with the UK, and has been managing just fine since the pound became its currency in 1834.”

His position was further clarified by Sam Bowman, (Research Director at the Adam Smith Institute), who said “an independent Scotland would not need England’s permission to continue using the pound sterling, and in fact would be better off using the pound without such permission.”

Rules were published by the EU in 2006 – “Monetary and exchange-rate agreements between the European Community and Third Countries.” The paper states: Guernsey and Jersey are “sovereign with regard to their monetary regime”. See: “http://ec.europa.eu/economy_finance/publications/publication658_en.pdf&#8221; 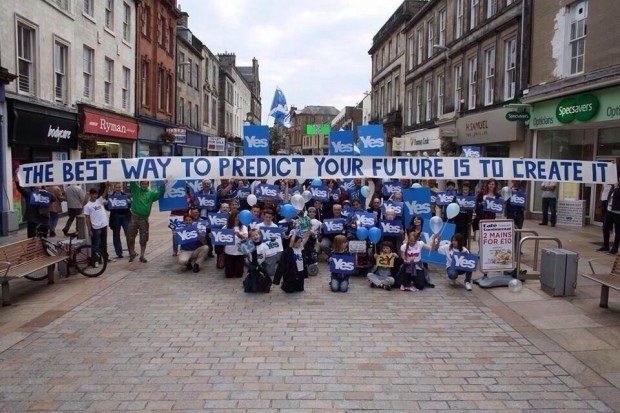 Thankfully
there are some honest people